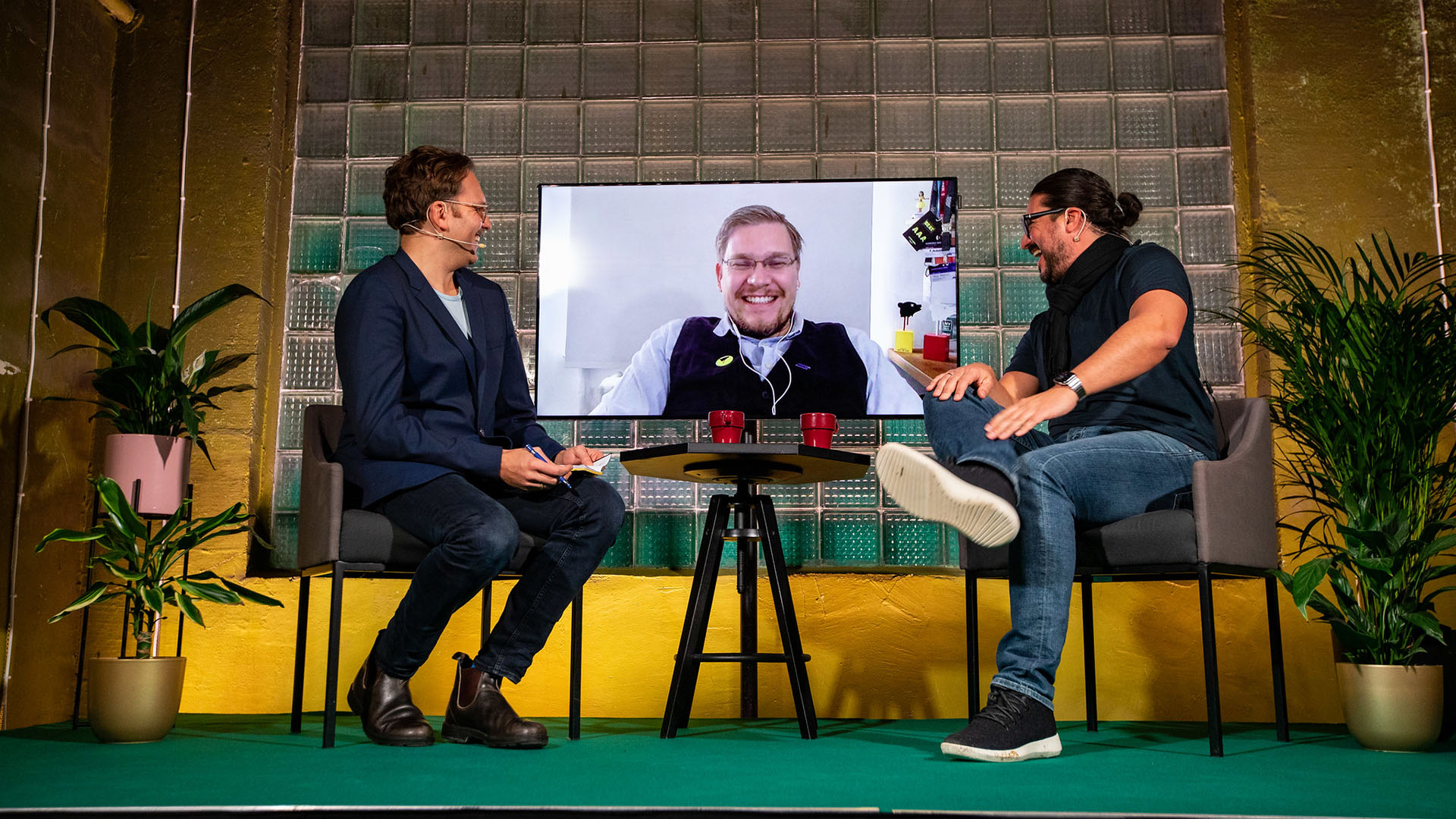 The programme of Industry @ Tallinn & Baltic Event includes several panels and talks. If you have missed the live stream, do not worry, you can check the discussions later as catchup.

The new digital era brought many new trends in storytelling, web series, also called short form series, being one of the most significant, bringing whole new perspectives and styles. Both major and independent content providers are exploring new ways to deliver original programmes specific to digital audiences. Short form series are, without any doubt, an attractive audiovisual field that allures many talented creative minds. But what are the main differences between the short form series and other forms of storytelling and what to keep in mind while creating your own short form series?

Read more and watch the event

The session by Gruvi’s Vice President Asia Pacific & Central Europe - Nguyet Robbins is a follow up to a similarly titled and hugely popular workshop from this year’s Cannes Marche Du Film. Focusing at producers, the workshop presents case studies that highlight the value & importance of targeting audiences by their behaviour rather than their interests. The lecture will also reveal how to own & exploit your own audience data to improve the engagement of your campaigns by 3 to 5 x.

Check out the event here

French-Estonian Film Co-production: Opportunities and Case-studies. In The Light of The New Treaty
Tuesday, 24 November 12:00 (EET)

Join the discussion about the French support system for minority coproductions, freshly ratified Estonian - French Co-Production Treaty, co-production before and during COVID era, and more. With the participation of Michel Plazanet and Julien Ezanno from Centre National de la Cinematographie, Edith Sepp from the Estonian Film Institute, Eric Boultel from the French Embassy in Tallinn, and director Martin Meissonnier & producer Riho Västrik for their case study Happiness@School and producer Elina Litvinova for Scandinavian Silence.

Read more and hear the discussion

Creative Loan - An Affordable Loan for Those Who Create
Tuesday, 24 November 14:30 (EET)

Read more and watch the panel

Could the Baltic countries be your next shooting destination? With super professional crews, attractive tax/cash rebates and interesting locations, the region has plenty to offer. Come and listen to Deimantas Saladžius & Jurate Pazikate (LT), Inga Blese (LV) and Nele Paves & Inga Koppel (EST) and find out!

Whether it is a book, a feature film, a previous series, a real-life persona or a combination of several of these pre-existing ideas or stories, the development process of series based on an existing IP have some specific features that perhaps differ from starting a project from scratch. In this panel discussion, we'll be talking to Cyril Tysz (Skam France), Ben Harris (Young Wallander), Ben Morris (Mr Selfridge) and Gabor Krigler (Golden Life). Moderated by Katarina Tomkova.

Check out the talk

Italy’s regional funds and tax incentives can be a valuable resource to producers looking to complete or even start off their budgets. Through two case studies and four co-productions projects, the panel will illustrate a wide range of opportunities for international co-operation, particularly between Italy and countries in Eastern Europe (including the Balkans, Poland, the Baltic countries). Luciano Sovena, the president of Italy’s largest Regional Fund for international co-productions (CineLazio International) will illustrate the fund’s tools and procedures.

How Can Artificial Intelligence Work for Your Festival Marketing and Communications? Showcase of FotoInMotion
Wednesday, November 25, 18:00 (EET)

Over three years, the team of FotoInMotion has built a prototype for a mobile and desktop platform that turns single photographs into high-quality videos through utilizing machine learning and the latest research on artificial intelligence by understanding who or what is in the picture and how to build videos out of the platform automatically.

Join the session at Industry@Tallinn & Baltic Event to get to know how FotoInMotion works, what kinds of solutions and experiences are available for you and your event, and how to utilize FotoInMotion AI-powered tools to take your creativity, production, or event to the next level.

Read more and join the showcase

Russia boosts the development of regional film commission institutions during the last two years. Now there are 18 regional film commissions developing their activity from Kaliningrad region to the West to Kamchatka region and Primorsky krai to the East of Russia. The regions of Russian Northwest like Kaliningrad, Karelia, Murmansk and Novgorod offer amazing shooting locations with beautiful landscapes close to European borders, which can be a decisive factor in terms of logistics of film crews. However, the most important aspect is economic gains and public financial support to foreign film producers. Launching of federal and regional rebate system will be the core subject of the round table discussion. Among the speakers are Svetlana Maksimchenko, Head of the Cinematography Department of the Ministry of Culture of the Russian Federation and Evgenia Danilchenko, Head of Creative Industries Export at the Russian Export Center.

Read more and join the event

Boundaries on the Cinema Screen - Content We Show or Choose to Show the Young Audience, Should it be Regulated and if so, by Whom?
Thursday, November 26, 17:00 (EET)

What are the limitations of youth films nowadays? Is suitability for children and youth essentially a matter of opinion and depends on personal expectations and definitions of childhood? How important is a cultural pretext in defining youth film?

The Changing Place of Film Festivals in the Film Industry
Friday, November 27, 13:00 (EET)

In the conversation, the Independent Cinema Office brings together Giulia D’Agnolo Vallan, US Programmer at Venice International Film Festival, Natalie Brenner, Partner and Head of Sales at Metro International Entertainment, and Marija Razgutė, Producer at M-Films, to share their experiences since the pandemic started. They'll be discussing what the main challenges have been over the past few months and how some of the new ways of working may continue when the pandemic is over. There will be a chance for the audience to ask questions.