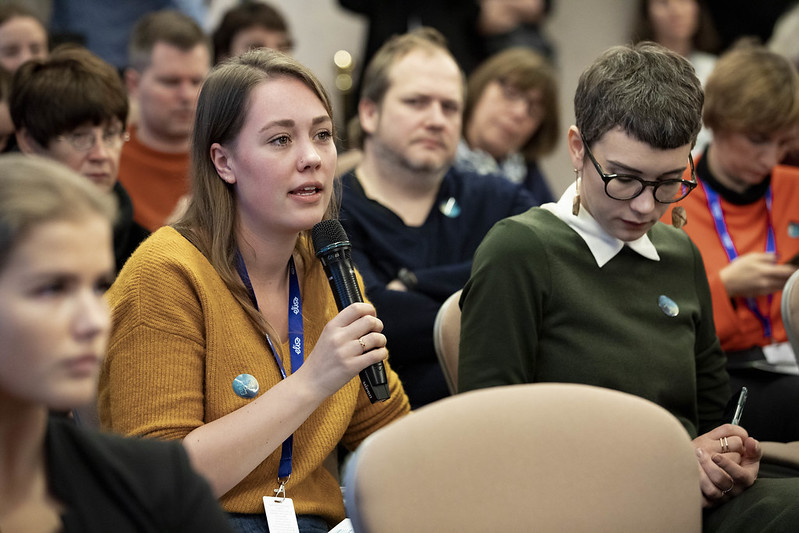 Today, the 19th edition of Industry@Tallinn & Baltic Event, taking place virtually this year, kicks off with its online programme including over 50 workshops, panels and seminars, hundreds of 1:1 meetings, and more than 800 accredited film industry professionals.

According to Marge Liiske, Head of Industry@Tallinn & Baltic Event, the record number of people interested in the event has pushed the team to put together an exhaustive programme with business, networking and learning elements. “2020 has forced also festivals and film markets to experiment and find new ways to operate. The models used until now are no longer effective, yet we still need to build fruitful business relationships, even if only online. In order to cope with changes, professionals need to have a good foresight about the future - what competencies and skills are needed, what kind of films to develop and produce, etc. Be informed, listen to the audiences, learn from your fellow professionals, analyse the course of history, and make it your own. And not only that - be kind, be attentive, connect with people - it is the key to the survival. We are giving only some of the tools that help you to move forward, as our colleagues from other film industry events have and will give theirs, so keep informed. ”

First and foremost, Industry@Tallinn & Baltic Event continues to be a place to do business. The programme includes 76 projects are presented in eight different categories, including the works in progress, script competition, co-production market, and the ever-growing drama series part, with public pitchings and/or one-to-one meetings. Also, accredited guests have access to the networking platform that allows them to get together with other attendees virtually.

As Industry@Tallinn & Baltic Event has Russia in Focus in 2020 (in collaboration with ROSKINO), participants will have the opportunity to find out more about projects, companies and the regional business environment. As the Black Nights Film Festival’s focus country is Germany, there will be opportunities to learn from some outstanding German film and series writers, in association with German Films. Also, 20 selected European Producers on the move will be attending the online-summit.

Learning something new has also always been a cornerstone of Industry@Tallinn & Baltic Event and 2020 is no different. The intensive programme will kick off with European Film Forum Tallinn zooming into leadership resilience, foresight and transformation of the film industry during COVID19. The half-day virtual conference will present 11 international film and media industry professionals sharing their experiences and insights on the most pressing topics for the European film, television and content industry.

Music Meets Film takes place for the 9th time and brings together industry professionals sharing their insights on current trends in film scoring and how the film music industry operates, through discussions with four-time Oscar nominee Danny Elfman, Gavin Greenaway and Andrey A. Tarkovsky. The Black Nights Stars programme supports young actors from the Baltic Sea region, to make their next steps into the international arena and offers various open events throughout the week including a panel discussion with US casting directors about how to “make it” in the US, led by Lina Todd, and webinar about intimacy in front of the camera by Julia Effertz.

The extensive week will end with the two-day drama series programme TV Beats, taking place for the 3rd year in a row, that focuses on the challenges of production in the COVID era, as well as on gender equality in the industry. The programme includes several case studies providing know-how about international co-productions including the Netflix hit series Stanger Things; Ukrainian global crime thriller Hide and Seek and forthcoming series There Will Be People; and Russian thriller Dead Mountain –The Dyatlov Pass Incident, as well as brand new Estonian crime series In the Line of Fire.

In addition, there are workshops and masterclasses on how to approach international streamers, maximize the potential of a project through well-targeted packaging, develop new short formats like web series, write your new VR story, and much more.

“We know it can be very tiring to be in front of a screen all day and that online fatigue drains our energy. Therefore, most of the panels and workshops will be also accessible to accredited guests for several weeks after the event as catchup, so everyone can find the time to hear the discussions and let them sink in, before starting the next “chapter”,” Liiske adds.

Industry@Tallinn & Baltic Event, one of the largest film events in Northern Europe, takes place from the 23rd to 27th of November 2020. Online by design, the virtual events, as well as the schedule, are accessible at industry.poff.ee.