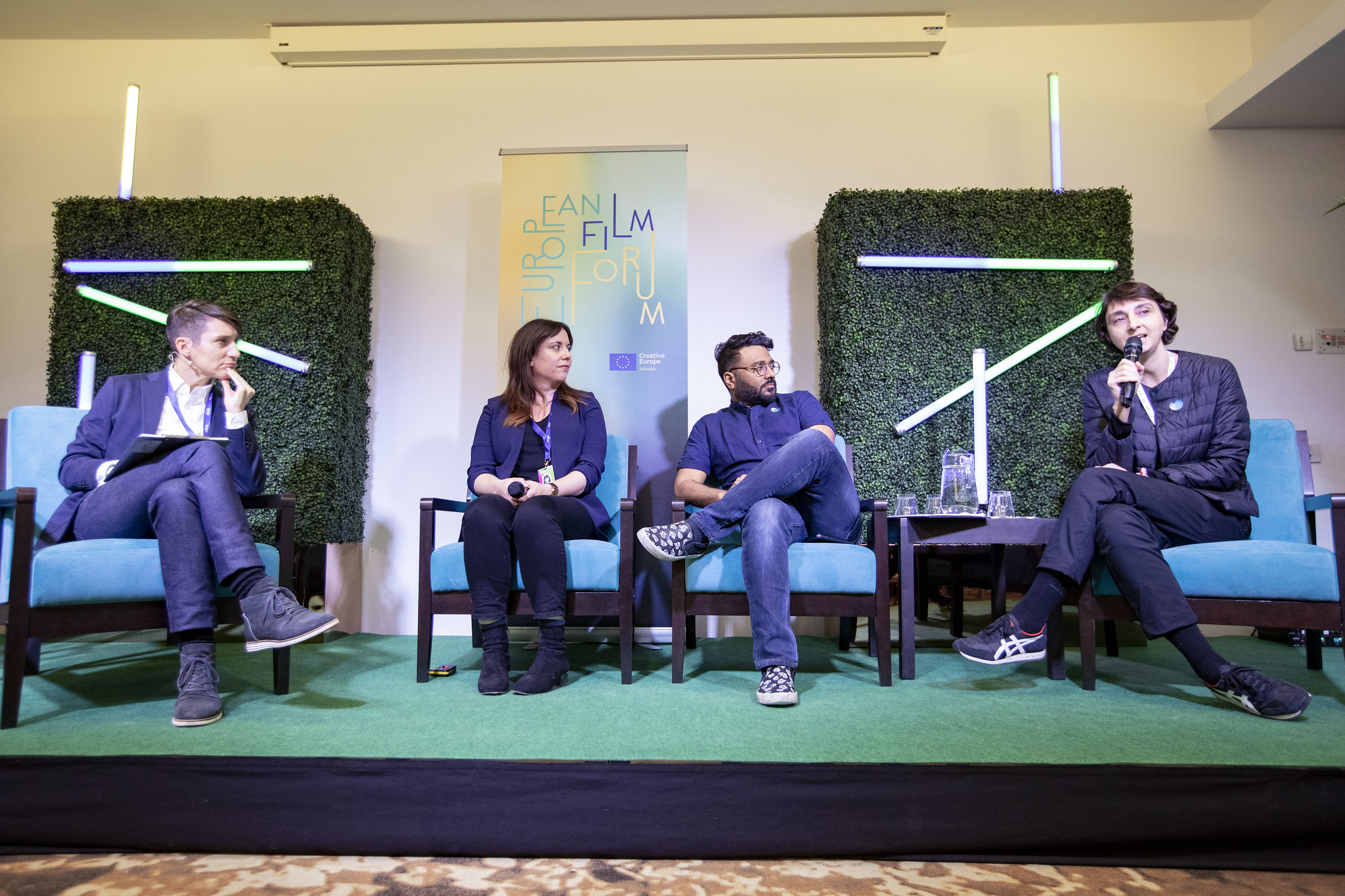 The year 2020 has been like no other before for the European and the global film industry. The explosive shock, unprecedented in its breadth and impact, has not only imploded the full value chain of cinema but has brought to the forefront the most significant challenges the medium and the industry has faced since its birth – whichever angle one takes.

The European independent sector has witnessed perhaps the hardest, with all but a few significant festivals canceled, productions suspended, and distribution chains are broken with cinemas and audiences coping with on the national lockdown fronts.

From a global perspective, perhaps 2020 has been the best year ever for watching, with accounts showing a tremendous spike in the consumption of audiovisual content and a staggering 79% increase in streaming hours, leading some of the super players to gap the quality of their services.

As paradoxical it might seem, the global COVID epidemic has not derailed the film industry by surprise as many would love to believe, but savagely accelerated the already current transformation processes. For a fact, few players emerging with the bounty while many are jogging dazedly behind.

Thus, the new playbook for a new normal is here – the question is how to define opportunities, strategies, and best practices and transform fast with foresight and resilience before it’s too late.

The European Film Forum, as a debate and discussion platform on the future evolution of European cinema and film industry, will return to Tallinn on November 23, 2020, with a half a day virtual and hybrid summit of executive-level debates, case studies, and showcases on the most pressing topics for the European film, television, and content industry at the time of COVID.

The focus themes of the 2020 edition are:

The European Film Forum is organized by the Tallinn Black Nights Film Festival and Industry Tallinn by the European Commission's mandate. The summit is curated by Sten-Kristian Saluveer, Head of NEXT @Marche Du Film - Festival de Cannes, and Strategist @ Accelerate Estonia - the moonshot lab powered by The Republic of Estonia to develop solutions for wicked global problems.

Check out the booklet of EUROPEAN FILM FORUM TALLINN 2020

17.10 – 17.25 How to reach your audience during a lockdown? The digital marketing playbook for European Films
Birgit Karus - CEO, Noh Productions

The European Film Forum is organized by the Tallinn Black Nights Film Festival and Industry Tallinn by the European Commission’s mandate.

The European Film Forum, as a debate and discussion platform on the future evolution of European cinema, returned to Nordic Hotel Forum on November 27, 2019, with a one day summit of executive-level debates, case studies, and showcases on the most pressing topics for the European film, television, and content industry.

The forum focused on the latest on Artificial Intelligence and its impact on creativity and filmmaking, bold strategies for future proof talent development, how industry leaders are enabling diversity driven employment in the business, the opportunities in the online creators and IP space, and how Europe’s indie games are making a dent in the world. In addition, the event covered case studies from location-based documentary VR to a selection of Europe’s finest mediatech startups and entrepreneurs. 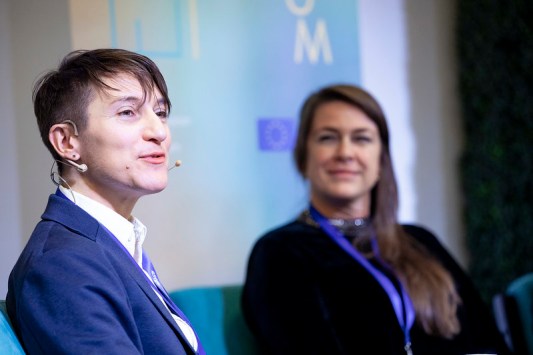 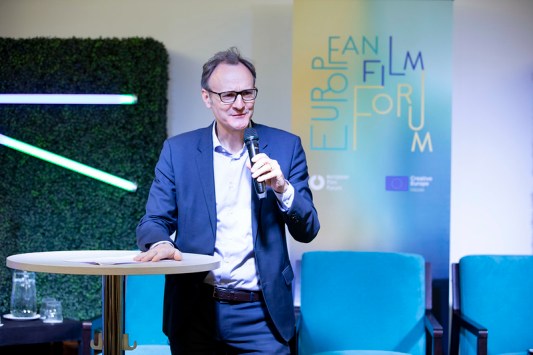 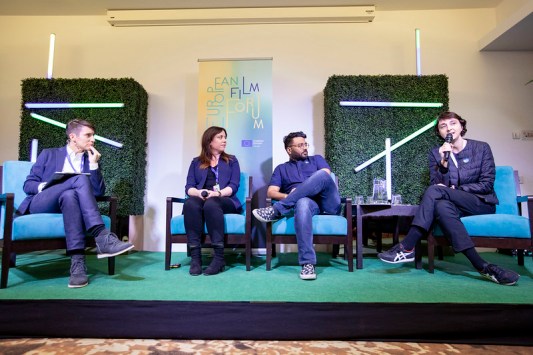 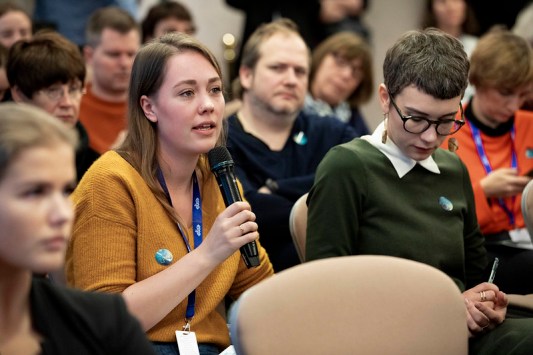 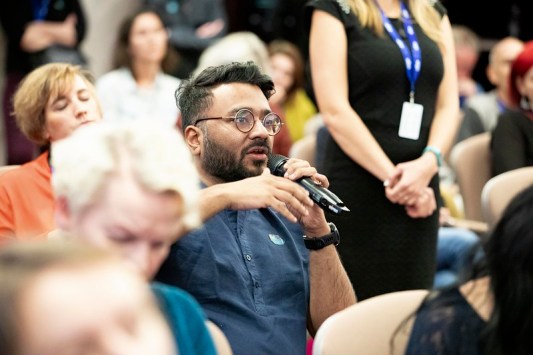 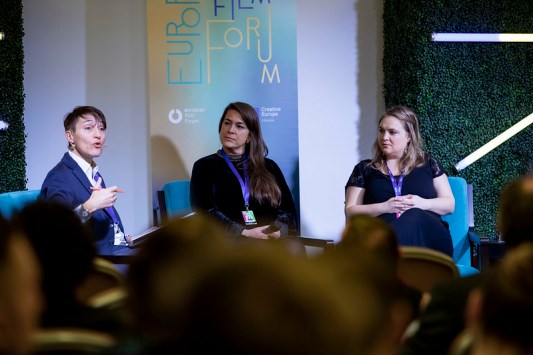 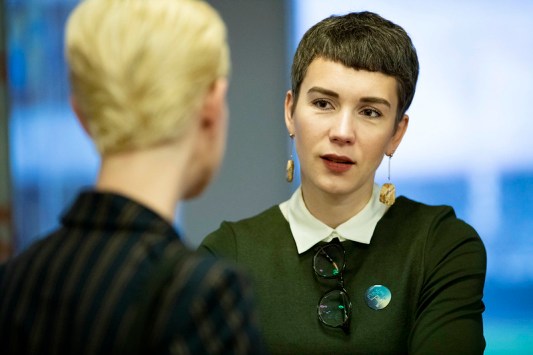