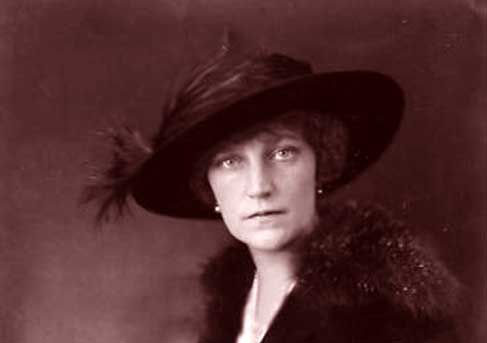 Austria, the end of the 19th century. The eccentric young Habsburg Archduchess Erzsi is a fixture of the most influential salons of Vienna’s rich cultural life. But when the "Mayerling incident” scandal hits her and she discovers that her beloved grandfather, Emperor Franz Joseph I, may be responsible for the tragic death of her own deeply missed father, crown prince Rudolf. As shocked as the rest of her generation, Erzsi loses faith in her grandfather. She revolts and takes her rebellion a step further than her famous grandmother, Empress Sissi, notorious for her solitary travels, poetry, starvation, and tenacious quest for eternal youth and beauty. Erzsi violates imperial custom by refusing to marry Archduke Franz Ferdinand and forces the Emperor to allow her a morganatic marriage, thus contributing significantly to the Monarchy's disintegration. After WWI, a devastated Vienna is plagued by hunger, typhoid, and the Great Flu epidemic. Archduke Franz Ferdinand and the emperor have died, and with them the Monarchy. Erzsi, however, does not mourn. She and her new lover see a chance for rebirth, a bright future amidst the ruins: Socialism. At Vienna's May Day procession, a resilient Erszi throws red carnations from a limousine and becomes “the Red Princess.” But Erszi is too much of a royal to represent the people’s cause, and too much of an “idealist punk” to be accepted by the new aristocracy. And while she dreams of a "Red Vienna,” Erzsi must face the fall of her beloved city as a new leader rises - Adolf Hitler.

Barbora Námerová graduated from FAMU. Her first feature film screenplay, Filthy, premiered at the IFF Rotterdam in 2017, her second feature film The Nightsiren, was shot a few weeks ago. Barbora is currently working on a TV series "Convictions," an US-Slovak co-production.

Miloš Lochman graduated from VUT Brno. His films have been screened at major festivals such as Cannes, Rotterdam or Karlovy Vary, winning 7 Czech Academy awards as well as dozens of prizes at international festivals. The Red Princess is his third common project with Barbora.