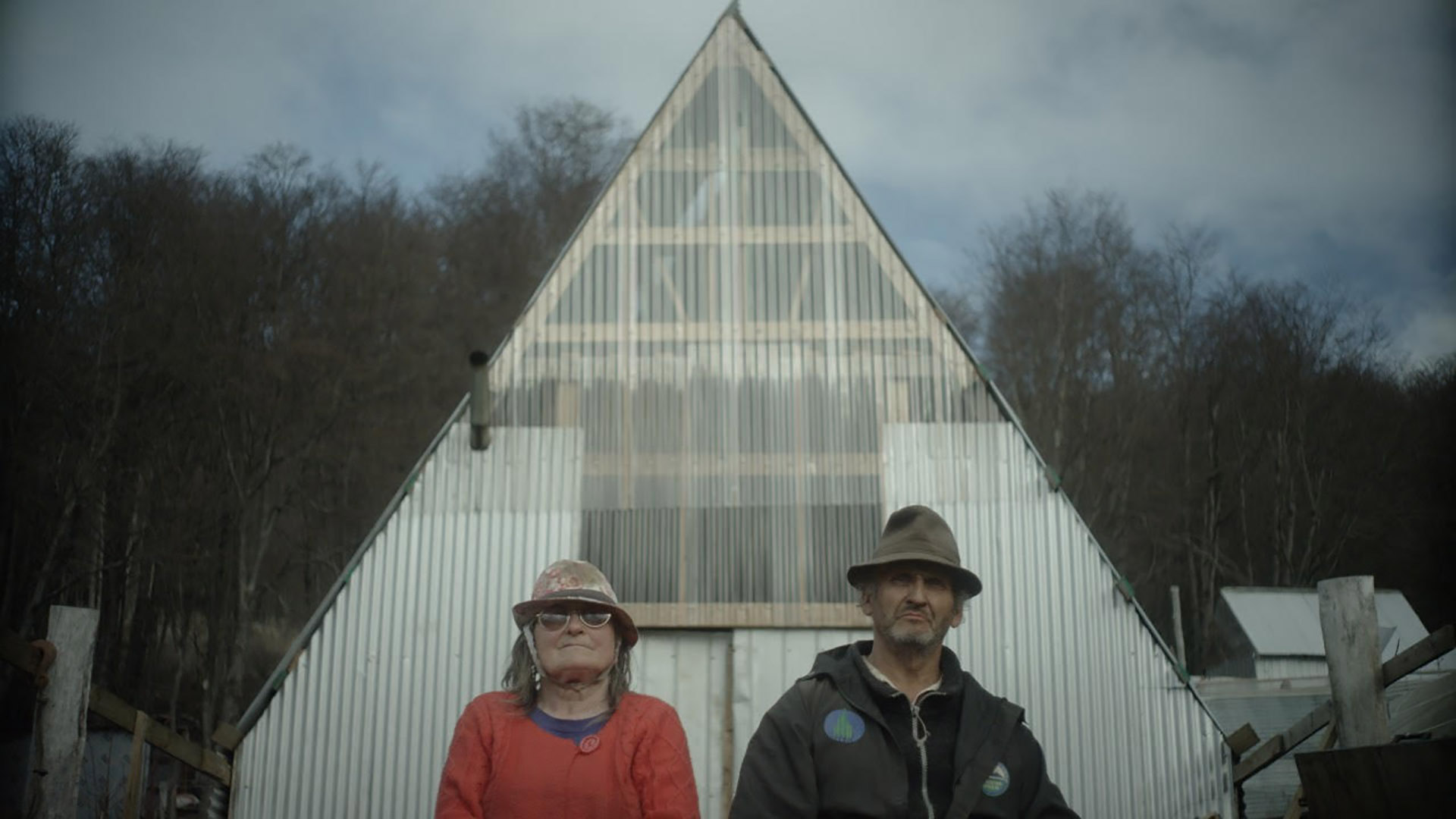 An elderly couple, who survived decades of slavery and punishment inside a powerful enclave in southern Chile called Colonia Dignidad, now live in isolation in Patagonia, with the only purpose of living today, in the present, the past they never had. A documentary story intertwined with a fictional one in which a woman, faced with the imminent loss of memory, decides to travel to a forest in southern Chile. She needs to unearth a secret and try to ask forgiveness for an incident that she has regretted all her life, linked to the darkest chapter of Chile’s recent history.

During the exhaustive research I conducted for my second fiction feature A Place Called Dignity, I met two elderly people who escaped from a powerful enclave in southern Chile: Colonia Dignidad. Today – and still persecuted – they live in isolation in Patagonia. They expressed to me their greatest concern: that their story was forgotten. This prompted me to make a film that would expand the expressive, narrative, and artistic possibilities by intertwining a documentary story with a fictional story: a film within a film. Our Memory is a feature film that, through the mixture of genres and formats, delves into memory, wounds, and scars, with the intention of installing a reflection about our recent history, a topic of deep, universal, and urgent connection.

Matias Rojas Valencia is a director whose first film Raíz premiered at San Sebastián, won the best Chilean film award at FICV, and was selected to various other festivals (La Habana, Palm Springs, Málaga, Latin Beat New York, Miami). His latest film I Need to Know was produced under the Cannes Factory scholarship and premiered worldwide at the Directors’ Fortnight at Cannes in 2015. Matías’s second feature as a screenwriter and director, A Place Called Dignity – a co-production between Chile, France, Germany, Argentina, and Colombia – is about to premiere in competition at Tallinn Black Nights Film Festival. The project was previously selected to Berlinale Co-Production Market, L’Atelier from Cannes. Today, he is in production with his new film Our Memory, a hybrid project, with Paulina García in a lead role.

Tomas Gerlach Mora is a Film and TV graduate from Universidad de Chile with an Executive Production Diploma from the PUC. He co-produced The Waltz by Edison Cájas and Flying Machine by Vicente Barros. Tomas is also the producer of Our Memory, a hybrid feature film by Matías Rojas Valencia, currently in production. In 2019, he produced The Rings Of The Serpent, selected at CineLatino Toulouse 2020.

Clara Larrín is a chilean actress/producer selected at Rotterdam Lab 2021 who specializes in international co-production while maintaining a close relationship with Mexico and the UK, country with which she co-produced “White is for Virgins” (SLFF, FICME and UNOFEX best film Nominee) directed by Jacqueline Pepall, released by HBO Max on 2020.

With a BA in Design at Pontificia Universidad Católica de Chile and MA on Screen Acting at RCSSD, University of London, that began forging her career with the hybrid project ‘’deDanza’’ (2014). She produced and starred in ‘’Atacama’’ (SANFIC 14 and Lebu) in co-production with the US and the viral web series ‘’HomoNova’’.

Today she is in post production of the hybrid feature film “Our memory” by Matías Rojas Valencia (Cannes Factory) and is currently developing various fiction projects such as “Now They’re Coming For Us” by Shawn Garry (awarded at the Santiago Lab and FICCALI Producers Network and selected for Guadalajara Coproduction Meetings) and Paula Romaní’s debut film “Boy Man” (awarded at Santiago Lab and Algo en Común, selected for Cine Chileno del Futuro, and SapCine and Bolivia Lab)

Clara Films is an independent film production company, focused on international co-production that develops fiction projects with a strong auteur imprint and audience engagement, constantly looking for creators and stories that challenge the audiovisual language from different aspects both artistic and technical.

Recent projects by the company selected at EAVE Chile are White is for Virgins by the British-Canadian director and Netflix showrunner Jacqueline Pepall, a Chile/UK co-production that premiered at SLFF and is available on HBO Max, Atacama by Diego Ruiz, a Chile/US coproduction that premiered at SANFIC 14 official competition, selected to the Oscar qualifier Lebu Film Festival, among others, and the viral feminist web series HomoNova by Ainara Aparici.