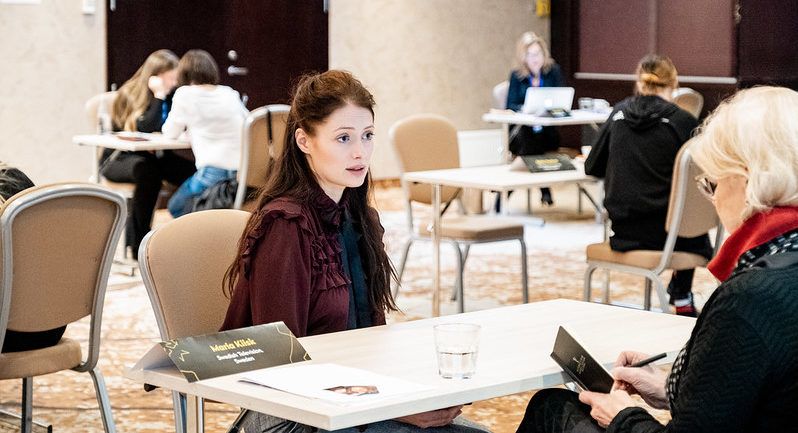 Black Nights Stars is a programme for six young actors on the verge of their international carrier designed to build a bridge between foreign casting directors and new talent from the region – enhancing their international visibility. In addition, 30 other local talents attended one-on-one meetings with casting directors, talent agents and other industry experts. Margus signing with the London based agency is a result of the highly successful Black Nights Stars programme, run by Claudia Landsberger.

Agent Robin Hudson, who had been invited by the festival to participate in the Black Nights Stars Program, said that Ingrid is a very exciting rising star in the region. “We are delighted to be working with a fantastic young Estonian talent. The festival has opened up wonderful opportunities for local actors and as an agency, we want to embrace that. I can’t wait to introduce Ingrid to a wider audience & for people to recognise the stars in the Baltic states all over the world,” he added. Ingrid Margus is an emerging Estonian actress, who finished the studies at Drama School of Estonian Academy of Music and Theatre in 2018. This year she has attended the Lee Strasberg Theater and Film Institute in New York. Margus has appeared in two features of Estonian comedy franchise Klassikokkutulek as well as securing TV roles.