Black Nights Stars, a program designed to support 8 selected young actors from the Baltic Sea region to promote their talent outside their home territory also accommodates a range of open workshops and events to other professional actors attending the Industry@Tallinn & Baltic Event.

Claudia Landsberger, the Head of Black Nights Stars Program says that after last year’s edition of Black Nights Stars program happening completely online, the team is happy to be back with a physical event at the end of November. “In addition to selected young talents participating the exhaustive Black Nights Stars program, all acting professionals from the region are invited to meet with the international casting experts and be able to participate at various panels and masterclasses where we will cover themes as “What European Actors Can Expect from Working in The US”, moderated by casting director Lina Todd,” she says.

Other topics that will be covered at the event touch upon the do’s and don'ts at auditions, advice on how to become visible to the film industry and explain the advantages that casting directors bring to a production. “Also, we will investigate if we can speak of a Golden Time for the actors in the Baltic region, as so many international productions shoot in the area,” Landsbergers adds.

The Black Nights Stars program, taking place for the 5th time, supports the selected young actors from the Baltic Sea region, introducing them to international film professionals in 1: 1 meetings with casting directors from various different countries, getting access to develop practical skills for their next step in their international career and with presentations and workshops with international guests. The international jury that has been invited to select this year’s young talents includes highly successful casting directors, talent agents and industry professionals such as Tusse Lande, Michael Rosser, Georg Georgi, Raakel Huikuri, Piotr Bartuszeka and Anu Aun. The names of young talents participating in Black Nights Stars programme will be announced in a few weeks.

Tusse Lande, has over 30 years’ experience as a Casting Director in film and television. She was instrumental in the casting of Noomi Rapace in The Girl With the Dragon Tattoo, as well as casting the additional films in the series – The Girl Who Played with Fire and The Girl Who Kicked the Hornets’ Nest.
She is a veteran of the European film market, bringing key knowledge and experience to projects such as The Paradise Suite, Skyfall, Baby-Call, The Spy, Quick, Maria Wern, The Sandhamn Murders and Wallander. Lately, she got a lot of recognition for her work on the popular Swedish Netflix TV Series: Caliphate, Love Me for Viaplay and The Unlikeley Murderer which will show on Netflix this November. She has just started the immense casting work for the remake of the TV-drama RONJA - The Robber´s Daughter.

Michael Rosser, Contributing Editor at Screen International, has spent nearly 20 years covering film and television, from writing in-depth industry features and breaking news stories to interviewing A-list actors, directors and international talent, from Quentin Tarantino and Martin Scorsese to Denzel Washington, Danny Boyle, Edgar Wright and Steven Spielberg. Working for Screen International, IMDb and Broadcast magazine, he has covered every major film festival as well as the Oscars, Emmys and BAFTAs, and moderates Q&As and panels at events around the world. 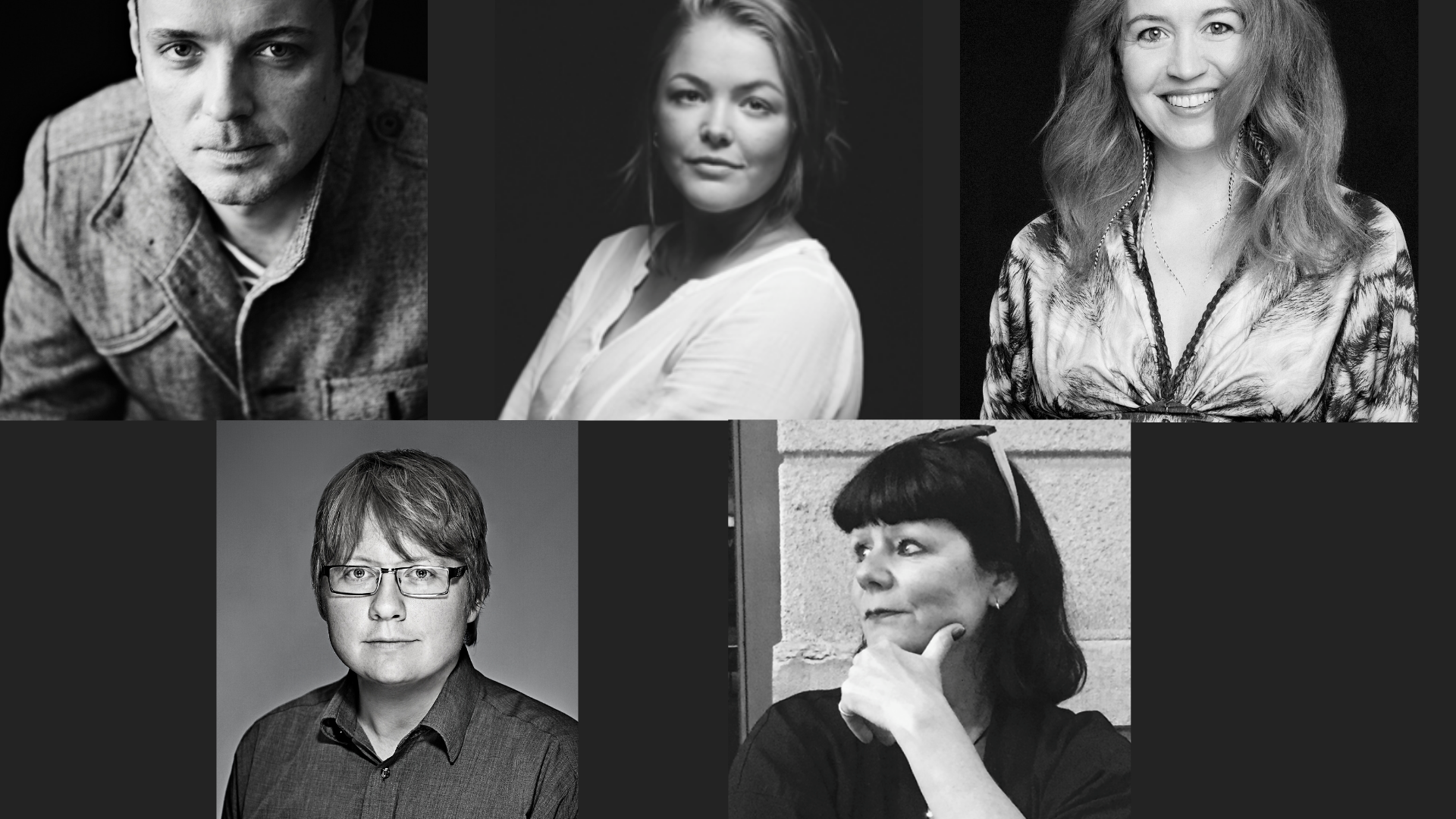 Georg Georgi is a more than 25 years experienced talent agent who represents more than 200 diverse international key talents from more than 30 countries, including some Golden Bear at Berlinale & EFA winners, 11 shooting stars of Berlinale and 2 Black Night Stars of the past years. Georgi worked with Bartosz Bielenia for Applause by Juraj Lehotsky; Alexander Albrecht for a supporting role in the Netflix Series Queens Gambit; Nahuel Perez Biscayart for a lead role in Persian Lessons by Vadim Perelman and Ivan Georgiev in a lead role in The Girl and The Spider by Ramon Zürcher, to name a few.
Besides his talent agency, he runs GRETEL AND HENSEL a casting agency for special projects to develop and package international co-productions. His first developed movie project ZONENPUNK written and directed by Paul Poet will be shot in 2023 in Germany

Raakel Huikuri is a Talent Agent who started acting at a very young age which led to a love of film, television & theatre. She got her acting training in London. Later Raakel discovered casting and worked as a freelance casting director for several years before moving across to working as an agent. Raakel has signed multiple talents via the Black Nights Stars event, such as last year’s BNS Henessi Schmidt who has since then been cast for a key role in the upcoming Netflix-series Vikings: Valhalla - a historical drama created by Michael Hirst and a spin-off of the very popular History Channel series, Vikings.
Raakel heads the Nordic branch of The Lisa Richards Agency - Lisa Richards Nordic in Helsinki. The Lisa Richards Agency is a multinational Talent Agency, with offices in Dublin, London and Helsinki, that has been at the heart of the arts and entertainment industry for over 30 years and represents some of the finest creative talent such as Cillian Murphy (Peaky Blinders, The Dark Knight) & Aidan Turner (The Hobbit)

Anu Aun, is a director who started her career with her short film Shift, which was selected to more than 70 international film festivals and won 17 prizes from all over the world. Anu’s debut feature The Polar Boy, was developed in Torino Film Lab and Nipkow Program. The film screened in Mannheim-Heidelberg International Film Festival official competition, Cairo International Film Festival, Tallinn Black Nights Film Festival and many others. Anu’s latest feature Phantom Owl Forest reached over 149 000 viewers in domestic cinemas which made it the most viewed Estonian film of 2018 and most popular Estonian family film of all times and has won several national and international awards. Anu Anu is currently in production with a creative documentary Walker on Water.