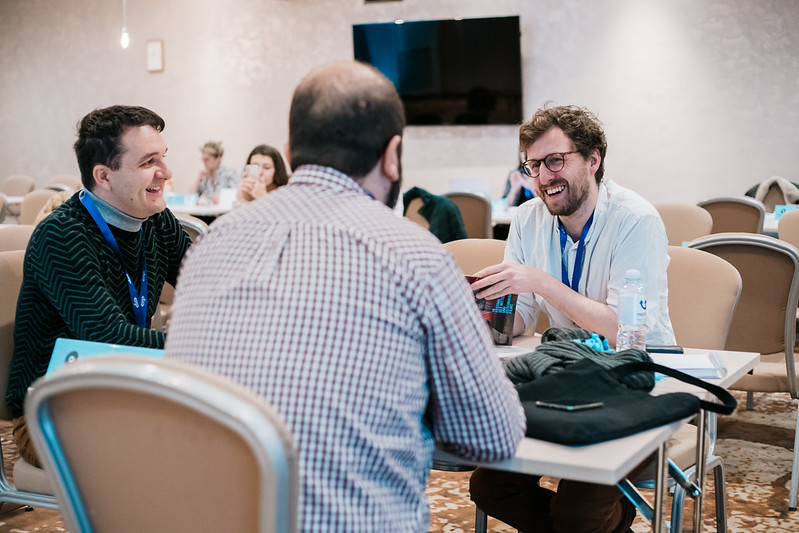 The official selection of the Baltic Event Co-Production Market 2021, taking place on 24-25 November proves that, despite the challenging times, filmmakers have continued to put hard work and dedication into the development of their projects. As Industry@Tallinn & Baltic Event's focus country this year is the United Kingdom, the UK is represented with two projects.

Marge Liiske, the head of Industry@Tallinn & Baltic Event, said that the global pandemic has had an effect on the selection, with it being somewhat smaller than last year despite still receiving a high number of submissions, as the projects need more attention and care. "We are excited to host such an array of award-winning filmmakers, among them seven female directors, and established producers – a number of whom have presented their projects at Industry@Tallinn & Baltic Event before."

Starting off with two local entries, Our Erika is a sports film about an Estonian heroine and Olympic champion, directed by another national treasure – Student Academy Award winner German Golub. The drama thriller Lioness, the second feature by Liina Triškina-Vanhatalo, is produced by Academy Award and Golden Globe nominated producer Ivo Felt.

The nearest neighbours also come with female-led projects – Hysterias from Latvia is a collection of short films by Ieva Norvele, Adriana Roze, Liene Linde, Alise Zariņa, and Marta Elīna Martinsone, presented by BE alumni Aija Bērziņa, and Finnish Lex Julia a psychological drama by Laura Hyppönen, for whom it is the second feature.

Titus Kreyenberg, Best Project winner from last year's co-production market, brings yet another female director with her second feature – The Odalisques by Ann-Kristin Reyels is a dramedy about a gynaecologist who goes from treating sex workers to pimping them. Swedish You Can Dance by Katarina Launing is a drama-comedy about a 75-year-old man coming out as gay, brought to the slate by BE alumni Peter Krupenin.

On a more serious note, Tereza Nvotova’s The Father, Slovakia, sheds light on a very dark and difficult emotional and legal issue, and Russian project Yurki by Vlada Senkova deals with the current critical situation in Belarus. Lithuanian Fake News by Karolis Kaupinis also takes place on the backdrop of a complicated political setting, featuring a hunger strike during the restoration of the country’s independence in 1991, and Chilean documentary-fiction hybrid Our Memory by Matias Rojas Valencia, whose second film is premiering in Official Competition at Tallinn Black Nights Film Festival this year, is based on the author’s research into a powerful enclave in Southern Chile and the influence it has on the country to this day.

The following projects share similar journeys – rites of passage stories in father-son relationships – The Moon is a Father of Mine by George Ovashvili, Georgia, and Father Figure by Nejc Gazvoda, Slovenia, are by already established filmmakers, whereas Two Times One by Vladimir Petev, Bulgaria, is another debut by an award-winning short film maker. To round up the main selection, producer Katya Trichkova is back at Baltic Event with the second entry from Bulgaria – Konstantin Bojanov’s Gambit, an art heist film inspired by real life.

The Focus Country 2021 at Industry@Tallinn & Baltic Event is the United Kingdom and is represented with two projects – Jonathan Birch’s Equinox, a folk horror set in Ukraine, is the last debut on our slate, while MS Estonia, depicting the story of Europe’s worst peace-time ferry disaster, is yet to attach a director.