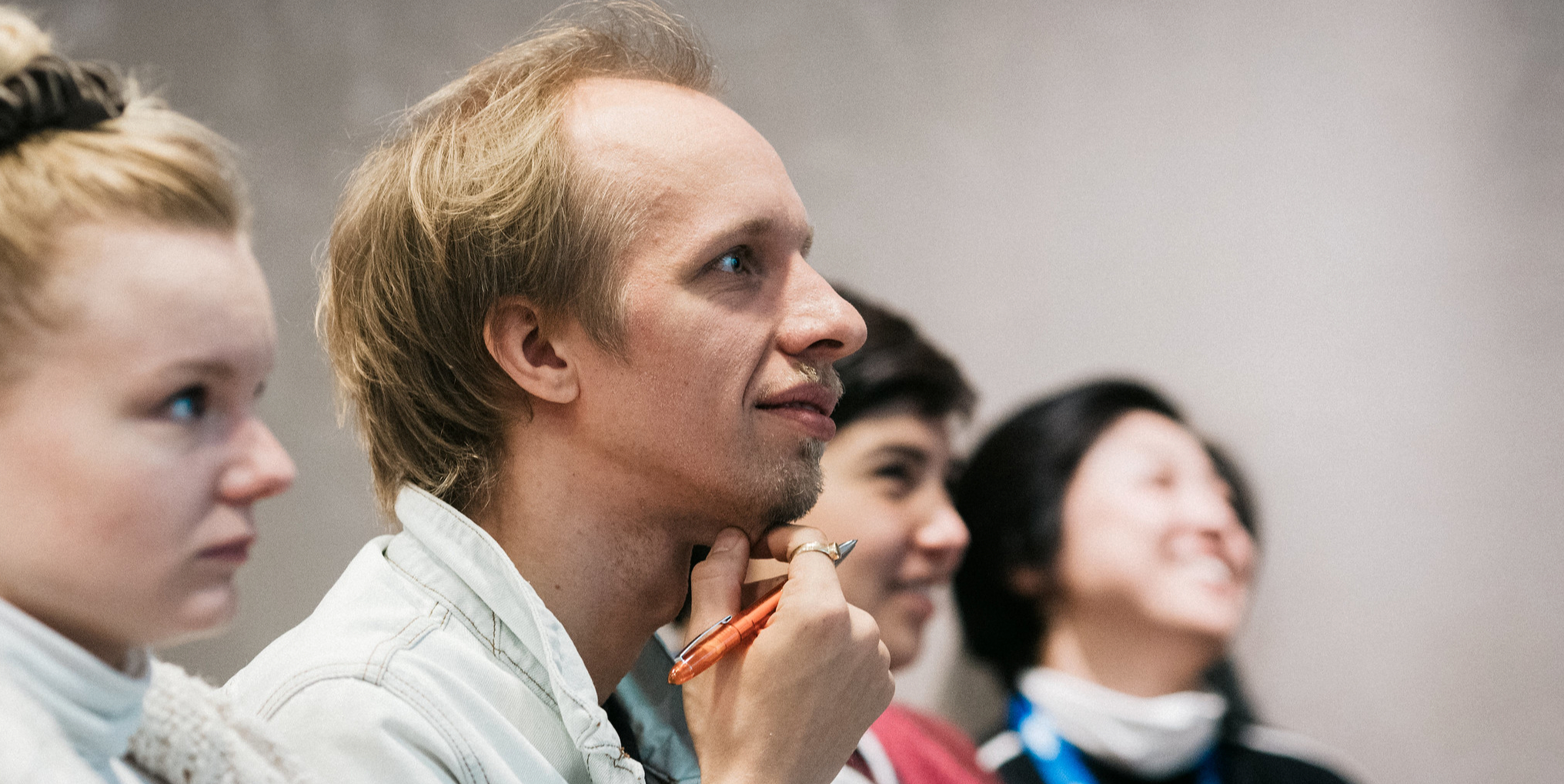 The programme of Young Critics consists of two modules.
The theoretical module will take place online from 23rd of October to 21 of November and will be held by professionals from Moscow Film School:

The practical module will take place in Tallinn, as part of Industy@Tallinn& Baltic Event, from 20th to 24th of November, 2021. It will include such activities as viewing films of the festival program, seminars, reading groups and analysis of students' texts. The practical module will be led by different lecturers and professionals, including the representative of Venice International Film Critics' Week. The articles will be published in the local and international press.

Schedule of the practical module

The course is part of the education programme Discovery Campus and is organized by PÖFF, Industry@Tallinn & Baltic Event in collaboration with Moscow Film School, Venice International Film Critics' Week and European Film Academy and supported by National Foundation of Civil Society and Tallinn programme "Kodurahu".

All the young people at the age of 18-35 speaking fluent Russian and English are welcome to apply. The application deadline is the 20th of October. We can accept 8-10 participants this year. The results will be announced on the 21st of October.

Please, register on the Eventival platform HERE. After you've done with registration, find the "Young Critics Submission" on the left and fill in the form.

If you have any questions please do not hesitate to contact us: jaana.kalinistova@poff.ee, +372 5664 4650 (WhatsApp, Telegram).

Established in 2012, Moscow Film School is one of the leading Russian film schools with campus in Moscow. We educate and train talent for all fields of the film industry: pre-production, production, post-production and film distribution. We strive to educate highly demanded professionals who are trained according to top industry standards. We focus on integrating our graduates into the global professional community by forming creative learning environment, which is based on cutting-edge international experience in film education, industry-led theoretical basis, hands-on skills, best technology equipment, and immersion in the industry.

Moscow Film School enters Universal University, a university where the future of creative industries is built, a new expert community is being formed and there are great opportunities for personal and professional lifelong development.

Since 2016, the Venice Critics’ Week presents SIC@SIC (Short Italian Cinema @ Settimana Internazionale della Critica), a selection of seven short films in competition by Italian directors who have not yet embarked on a full-length film, all screened in world premiere. The programme was born from the synergy between the Union of Italian Film Critics and Instituto Luce-Cinecitta as one of the initiatives supporting the developments of new Italian cinema and promoting young filmmakers.

Founded in 1984 by Italian film historian and critic Lino Micciche, thoughtout the years the Venice Critics’ Week has been showcasting first feature films by emerging directors who then went on establishing themselves in the international panorama.