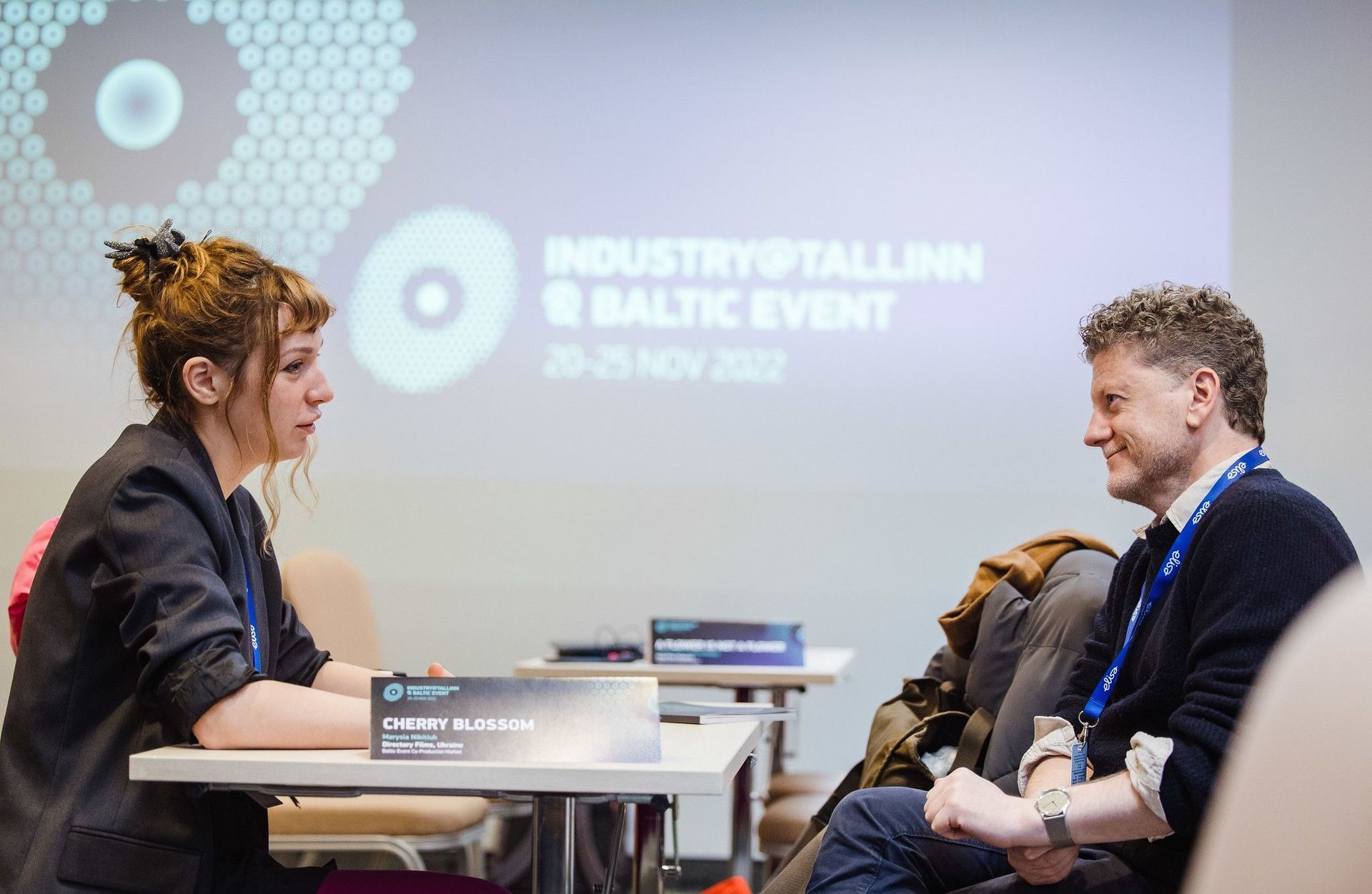 Co-Production Market, held at Baltic Event since 2005, is the meeting-place for feature films in development looking for co-producers, financiers and sales agents. Around 15 projects are selected each year and over 300 pre-arranged meetings held with decision-makers who have made Tallinn their yearly stopover to look for new projects for their slates. Projects from Albania, Armenia, Bosnia and Herzegovina, Bulgaria, Croatia, the Czech Republic, Denmark, Estonia, Finland, North Macedonia, Georgia, Hungary, Iceland, Latvia, Lithuania, Moldova, Montenegro, Norway, Poland, Romania, Serbia, Slovakia, Slovenia, Sweden, Ukraine, and Focus Country Israel are accepted. Projects from other countries are eligible for the Co-Production Market, if they are looking for co-production with an eligible country mentioned above.

Training on topics such as marketing and distribution in the international environment, multi-platform opportunities, and alternative financing methods is offered for project representatives.

In 2022, 11 projects were presented at the 21st Baltic Event Co-Production Market, including one from Focus Country Israel.

Jury comment: “We chose this project because it celebrates the power of storytelling as an act of hope and a necessity to surviving these dark, uncertain times. We were all drawn into the project's ambition to explore complex issues through a story that feels accessible yet personal and focuses on overcoming obstacles. We all felt the deep passion and commitment behind the BLINDSIGHT team and look forward to following their progress.” 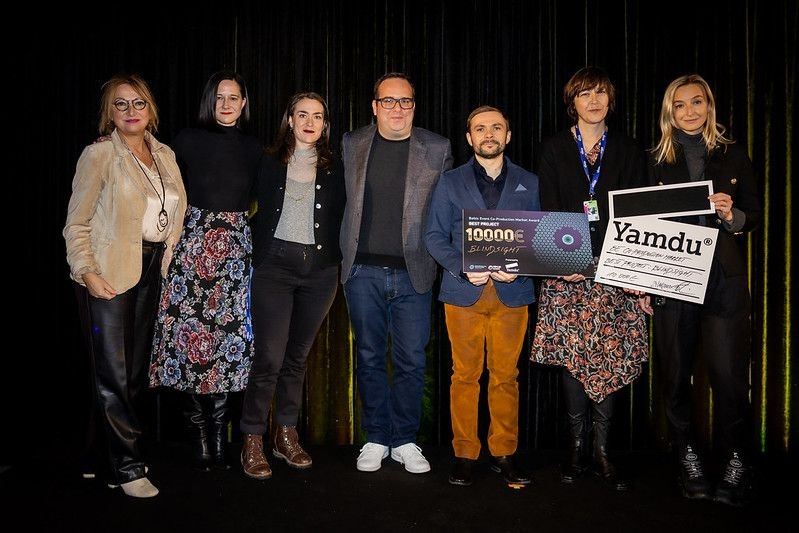 The award includes coverage throughout the film’s life-cycle awarded by Screen International. 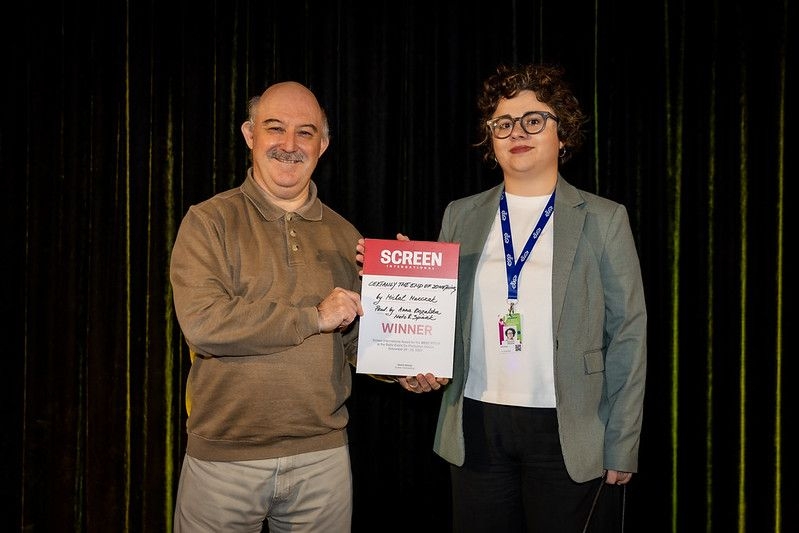 Jury comment: “Elaheh is a courageous and passionate voice in the film industry at a time when we so desperately need it. We hope that this award will support her on her journey towards making the urgent and heart-breaking story of BLUE GIRL a reality as well as many more films to come.”

Adriana Răcășan (A Flower is Not A Flower)

Jury comment: “We hope that this award will enable Adriana to make the connections and find the support she needs to bring to life the important, challenging and emotional story at the heart of A Flower is Not A Flower.” 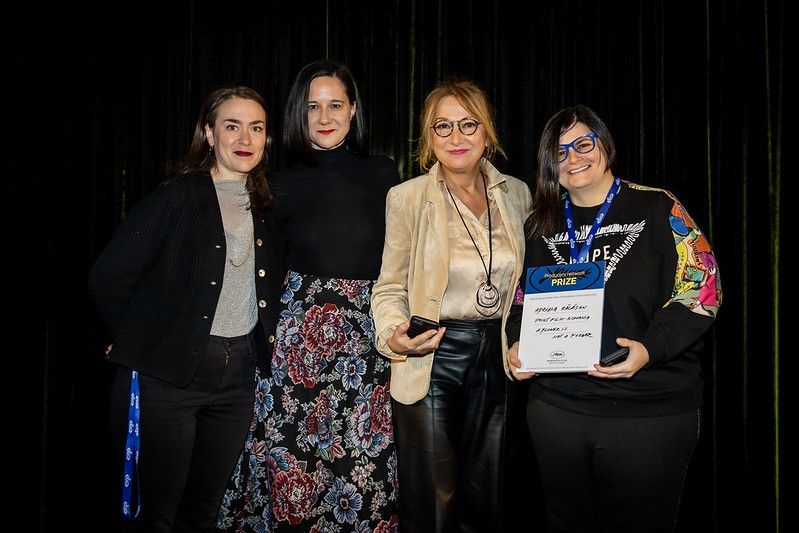 CHECK OUT THE PROJECTS 2022 FROM THE CATALOGUE (PDF)

In 2021, 16 projects were presented at the 20th Baltic Event Co-Production Market, including two from the Focus Country UK.

Award was handed out to the project, which successfully combines creative and commercial potential. The award includes 15 000 euros consisting of 5 000 euros cash award and up to 10 000 euros worth of post-production services by Post Control, but not more than 2/3 of the expenses incurred at Post Control. 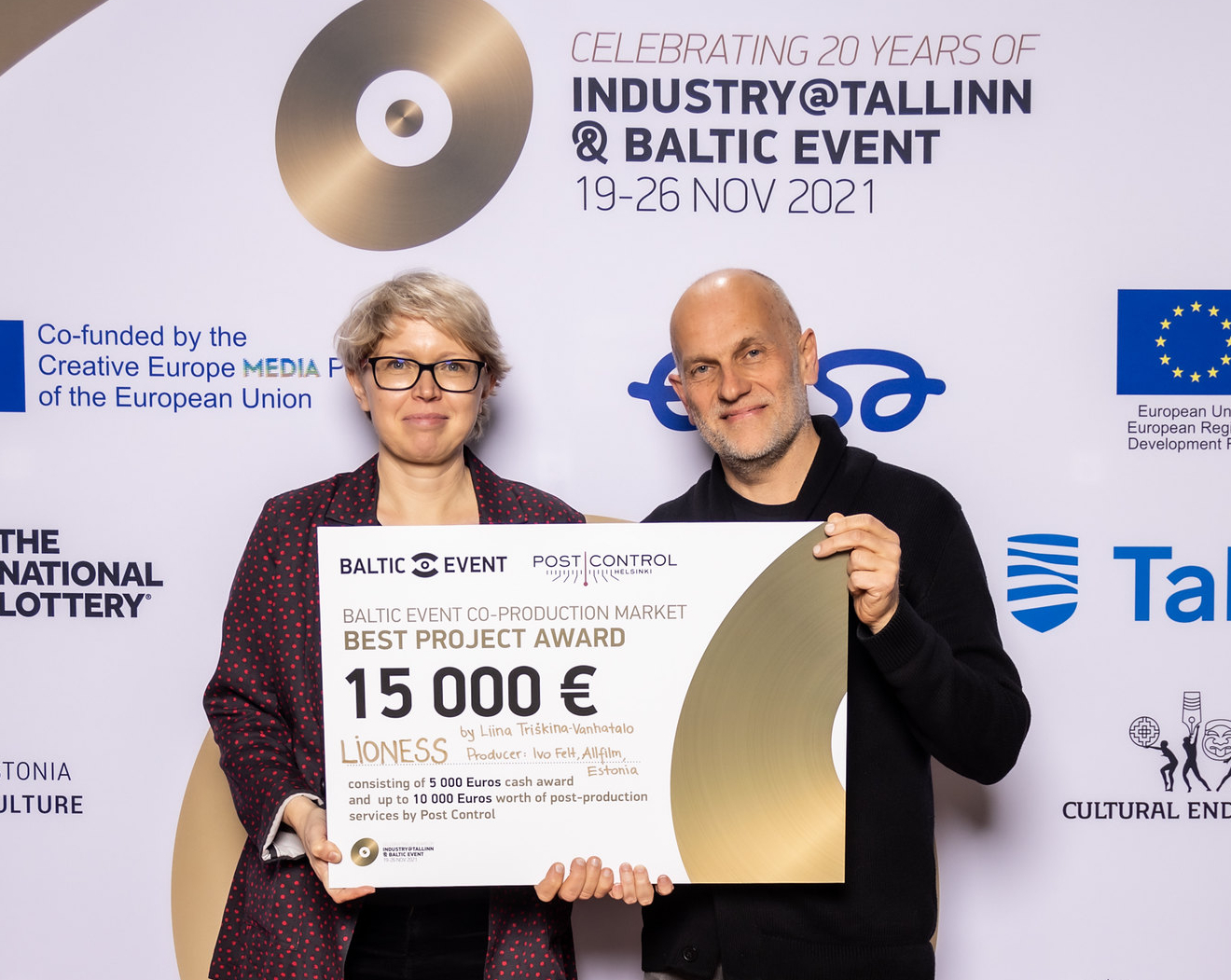 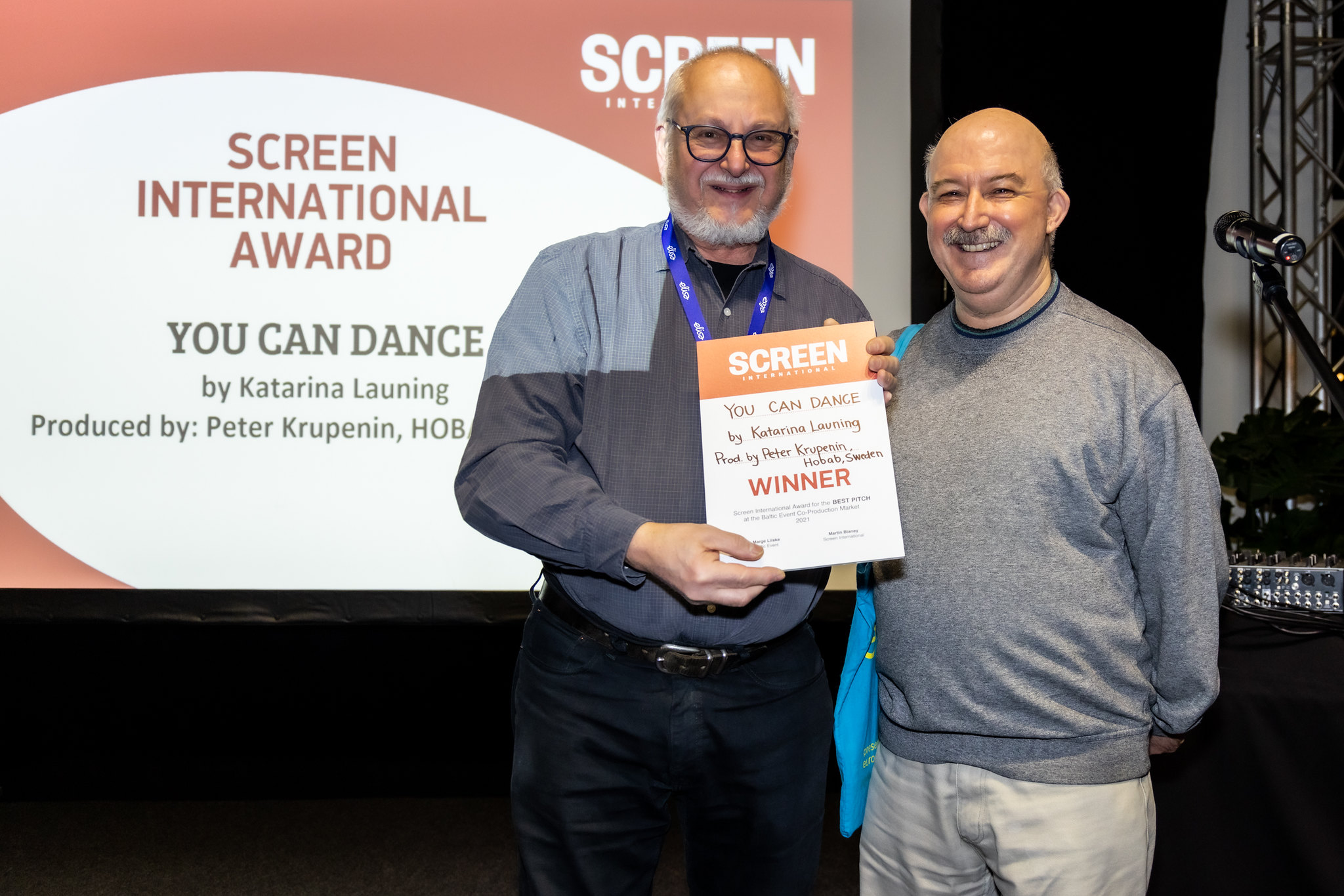 Including free industry accreditation at Industry@Tallinn & Baltic Event for 2022, 2023 and 2024

Read about the projects of Baltic Event Co-Production Market 2021 from the catalogue.

Eurimages Co-Production Development Award
The award of 20 000 Euros was given to the best project based on its artistic quality and potential for theatrical release.

Winner: Electric Sleep, written and directed by Zeynep Dadak
Producer: Titus Kreyenberg
Production company: unafilm, Germany
Jury statement:
“The jury was seduced by the originality of the topic and strongly believes that this talented young female director will manage to integrate a complex multi-layered content into a straightforward genre film.”

BE Co-Production Market 2020 meetings were held on November 25-26 via the platform b.square. 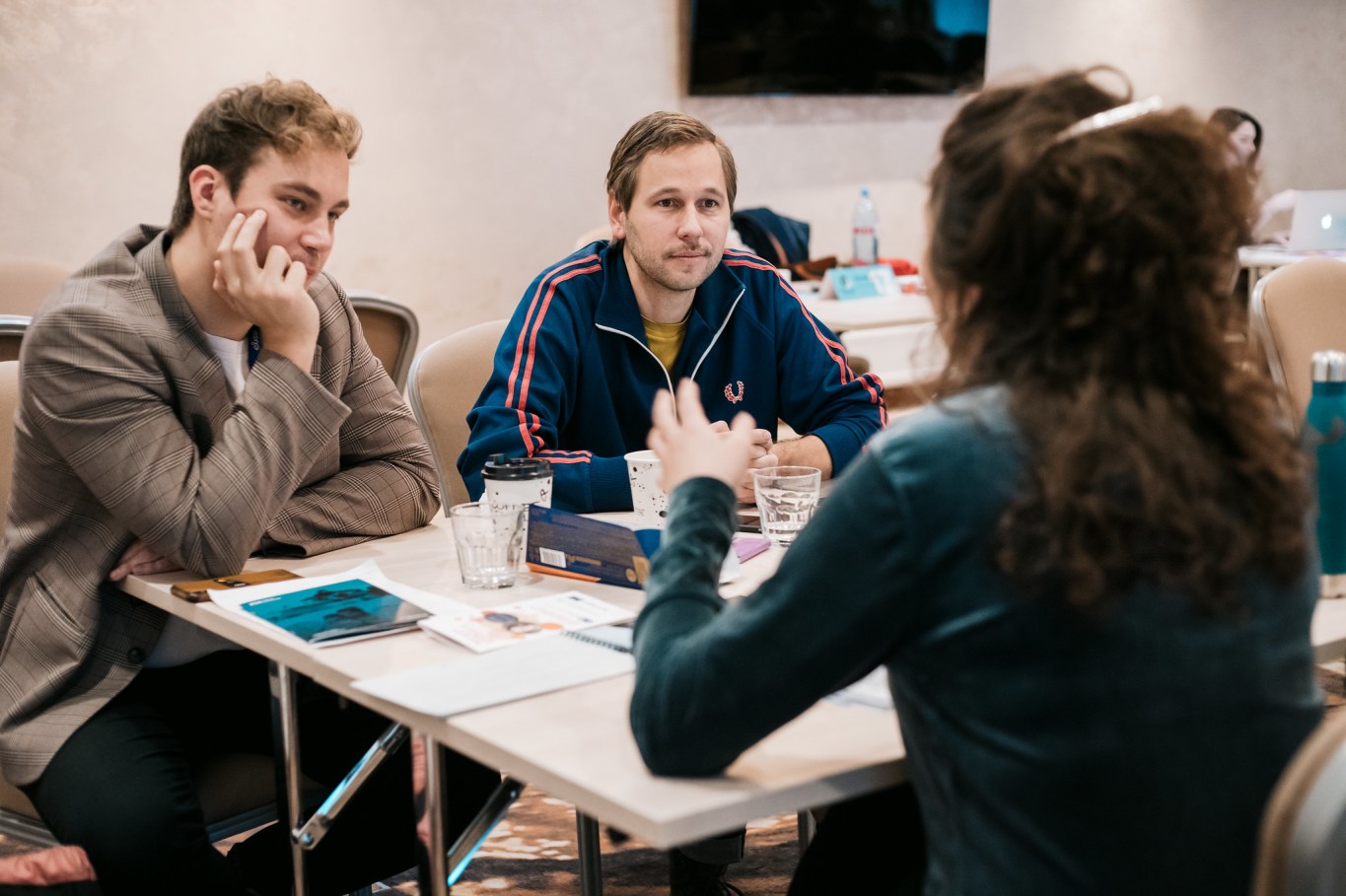 Baltic Event Co-Production Market presenting the Eurimages Co-Production Development Award in the amount of 20 000 Euros, has introduced a grand total of 210 projects since its launch and is proud to announce that 90 of these projects have been completed and dozens are still in various stages of development or production. Over the years, the projects have enjoyed notable success at international film festivals and the box office.

19 projects was be presented at the Co-Production Market 2019 taking place between November 26-29 during the Industry@Tallinn & Baltic Event.

The award of 20 000 Euros was given to the best project based on its artistic quality and potential for theatrical release.

Jury comment: The project convinced unanimously with the strong heartfelt motivation of the director who has a German and a Polish teenage refugee settling the scores of the recurrent European discussion about freedom on the tennis court.

Winner: The File by Jonas Karasek

15 projects were presented in the official selection of the Co-Production Market taking place on November 27-30, 2018, at Industry@Tallinn & Baltic Event during Tallinn Black Nights Film Festival.

The award of 20 000 Euros is given to the best project based on its artistic quality and potential for theatrical release.

Winner: The Oasis of Now by Ramy Hamezan, Finland

BE17 logo in black-and-white negative