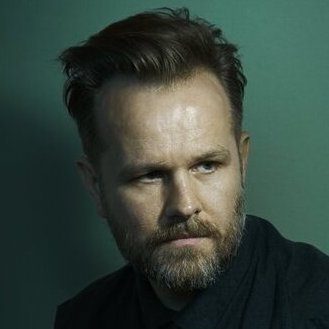 Valgeir Sigurðsson is an Icelandic composer and producer. His music blends contemporary classical writing and esoteric electronic production, sometimes to a point where one is indistinguishable from the other.
Valgeir worked closely with fellow Icelander Björk, a collaboration which began with her Oscar-nominated score for Lars Von Trier’s Dancer In The Dark. He founded the Bedroom Community label in 2006 with Nico Muhly and Ben Frost, where he cemented his sonic signature with his own solo work on the label, in addition to albums with Muhly, Frost, Sam Amidon and Daníel Bjarnason, and an extensive collaboration with viola da gamba player, Liam Byrne.
Valgeir has composed orchestral and chamber music for the likes of the City of London Sinfonia, Winnipeg Symphony, Crash Ensemble, Alarm Will Sound, Nordic Affect and the British violinist, Daniel Pioro. His scores frequently incorporate the use of electronics and have also been performed by the Cincinnati Chamber Orchestra, BBC Symphony Orchestra, BBC Scottish Symphony Orchestra, Spokane Symphony, Indianapolis Symphony and many others. He has written music for stage, dance and screen. His film scores include An Acceptable Loss and the Icelandic feature The County, and his score for the environmental documentary Dreamland (Draumalandið) was nominated for best score at EDDA, the Icelandic Film Academy Awards.