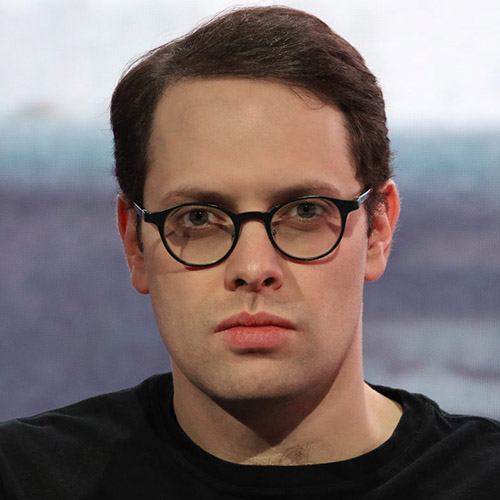 Pyotr Todorovsky Jr., director, producer, screenwriter.
Born December 6, 1986 to a family of well-known directors. Grandson of eminent Soviet director Pyotr Todorovsky and son of famous producer and director Valery Todorovsky.
Graduated from Moscow State University's Faculty of Journalism and initially worked in television.
Pyotr began his career in film as a screenwriter. He also worked as an assistant on his father's projects, where he gained vital experience in the field. Todorovsky Jr. made his directorial debut in 2017, with the film Love Story, for which he also wrote the script.
The film premiered at the 2017 Window to Europe Festival in Vyborg, where it received positive reviews from­ viewers and critics. Nevertheless, it was never released to a wider audience.
Six Empty Seats is the first TV series in Todorovsky's filmography as a director. The project got “Best TV series” award at Serial Killer International Festival 2020 and was picked by Beta Film for international sales.