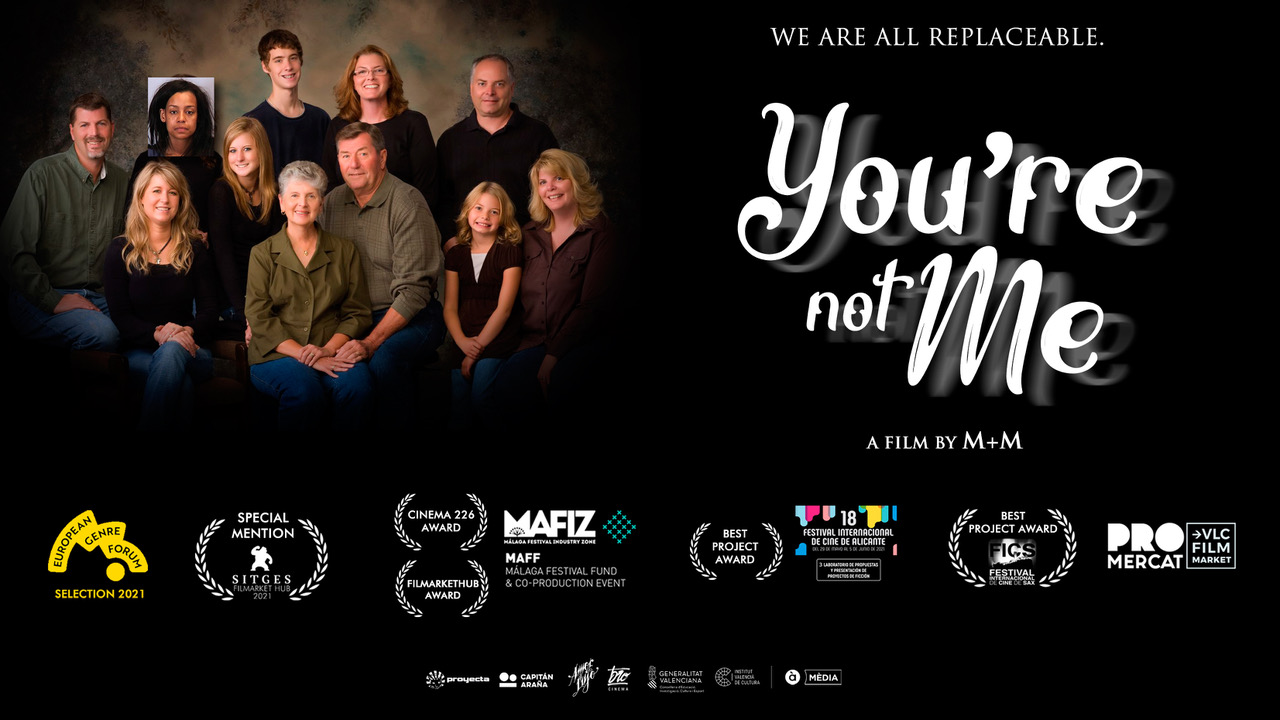 Three years ago, after an argument with her conservative parents, Aitana left her job, her longtime boyfriend and her family without saying goodbye. It's Christmas Eve and Aitana, excited, makes a surprise return home to introduce her wife and adopted baby. But she finds her parents uncomfortably distant. Moreover her parents have replaced her with a stranger her age who wears her clothes, sleeps in her room and is treated like a daughter.

From that moment on, moved by jealousy, suspicion and misunderstanding, Aitana will try to find out what is going on and who is the intruder who is taking benefit of her family, pulling the thread until she discovers an unexpected and disturbing truth.

Director:
Marisa Crespo and Moisés Romera (M+M) are Goya-nominated directors, screenwriters and producers, with over 330 awards and more than 1200 festival selections in 90 countries. Their short film 9 Pasos has won more than 150 awards, including the Méliès d'Argent and the Oscar Pre-Selection. They are currently preparing their feature film debut with the works YOU’RE NOT ME and 9 STEPS while developing new projects.

Production company and producer:
PROYECTA FILMS. Independent production company located in Spain specialized in highly creative audiovisual content (fiction and documentary). Our works have been nominated for the Goya, shortlisted for the Oscar and have more than 330 awards and 1200 selections in Festivals in 90 countries. They reach several million online views and are used by Universities, Publishers and Governments for their didactic and reflective value, but above all for the originality of their proposals.