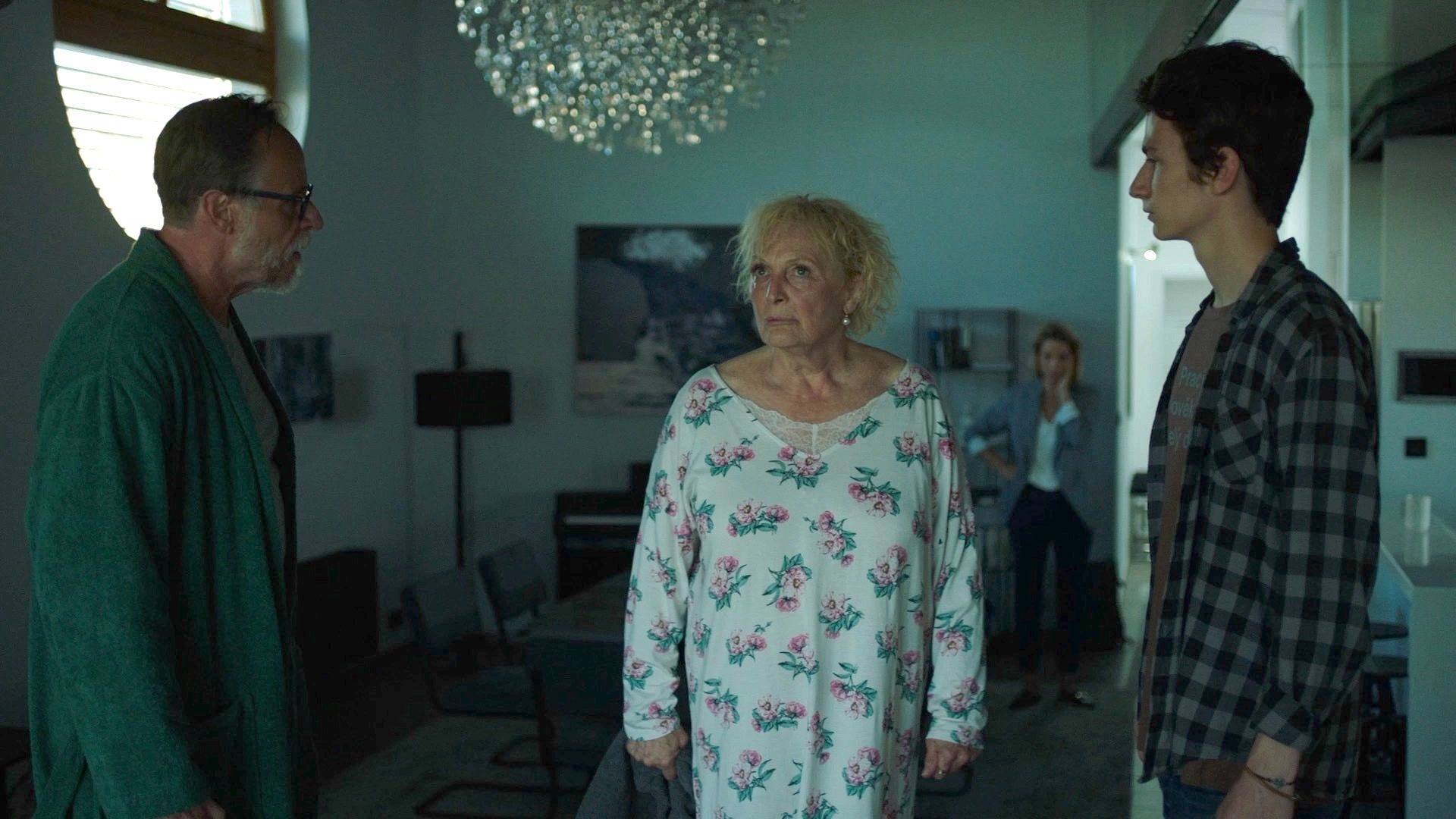 The film tells the story of bailiff Karel Jaroš, his mother, former choir singer Matilda, and Karel’s teenage son Pavel. The withdrawn, emotionally torn Karel does not get along with his extroverted and bohemian mother and only thanks to a strong sense of duty does he visit her regularly. Pavel, on the other hand, who comes across as an irresponsible flunky, despises his father’s profession and cannot forget that he abandoned his family as a child. The relationship of all three is disturbed, but an unexpected life situation brings them together. Mathilde develops Alzheimer’s disease, loses her apartment and Karel has to take her in. However, he is unable to take care of her and in a deadlocked situation, it turns out that the only solution is for Pavel to take care of his sick grandmother. However, the illness progresses rapidly... The tragicomic story inevitably ends with the question of whether and how our heroes will stand up to this test of life.

Director's note: In our family, we took care of my wife's mother for 7 years in the final phase of her life, which was marked by increasing Alzheimer's disease. After a bad experience with institutional care, we decided to take care of her ourselves, and she also spent part of our social life with us. What can only look tragic from an external point of view, we got a glimpse of it in its entirety, including the black-humorous side of human existence. To our surprise, we spent also mutually smiling moments and better understanding each other. Then we decided to write a film about it with my wife. It is my full-length feature debut after many documentaries, TV and theatre productions. Similar to our family, in the film the illness brought a surprising new challenge and catharsis to the relationships between people of three generations, that none of us expected. I believe that our film can bring similar inspiration to others - in Europe more and more people are getting into Matilda's situation.