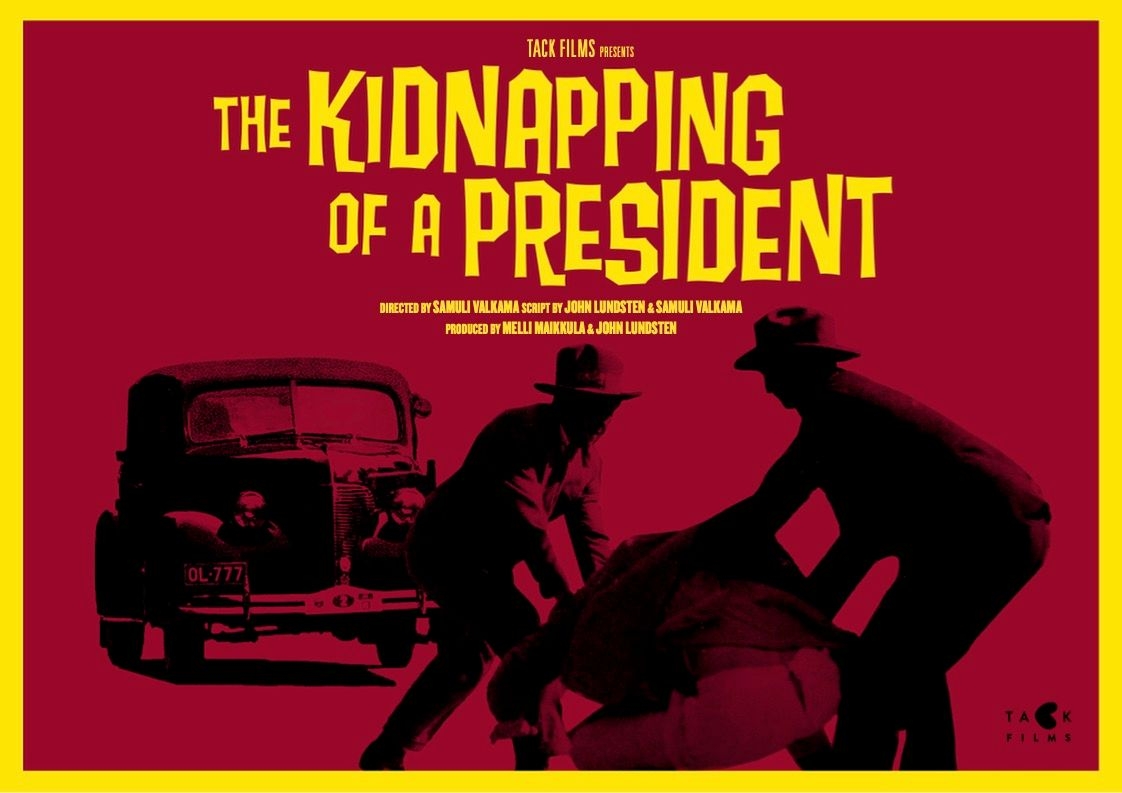 The Kidnapping of a President

Finland, 1930. Extreme far-right ideologies shake the foundations of a country already destabilized by a destructive civil war. The 60-year-old former first lady of Finland, Ester Ståhlberg, observes the country’s events from the outskirts of Helsinki. Ester, an advocate of law and order, pressures her husband, the former president KJ Ståhlberg, to stand up to the madness of fascism. Meanwhile, the most influential officer of the Finnish military, Kurt Wallenius, goes on a trip to celebrate the birth of his child with his officer friends, among them Lieutenant Colonel Eero Kuussaari – a psychopathic alcoholic who once tried to blow up Leningrad in a coup. The following morning, Kuussaari comes to in a trashed room in Joensuu. All signs indicate something significant happened the previous night, but what? As the day goes on, a hungover Kuussaari starts to realize, that he has in fact started a revolution while blackout drunk.

Director's statement:
The Kidnapping of a President tells an absurd and comical story based on real events about how in October 1930, a group of Finnish top echelon military officers went drinking and decided to kidnap the first – and already retired – President of Finland, Kaarlo Juho Ståhlberg. The plan went south right at the outset, as the incompetent crew recruited for the task were forced to allow the stubborn wife of the president, Ester Ståhlberg, to come along. This kicked off a bizarre series of events, the absolute and complete truth of which may never be discovered.The story reflects the rising right wing sentiments of our society and depicts how words suddenly transform into actions. Even though the film deals with dark themes, it does so in a comical fashion. The Kidnapping of a President is a dark comedy and a satire – stylistically, I want it to be as if the Coen brothers made a film about Finland in the 1930s.

Production note:
As producers we have the highest respect for comedy as an art form. Comedy requires special skills and filmmakers that understand each other fully. There is also a clear differ- ence between comedy and entertainment. The purpose of entertainment is to give the audience what they want, whereas comedy is something more anarchistic, edgy, and critical. As comic Ricky Gervais said: the purpose of comedy is not to make people laugh, but to think. The Kidnapping of a President explores extreme ideologies and the consequences of hate speech. The journey from words to actions is short. Once a group of people has been degraded and dehumanized in speech, the violence can begin. Our aim is to make The Kidnapping of a President a smart and edgy comedy, and a visually stunning period piece. Our goal is to shoot the film in 2024 and premiere it in 2025.