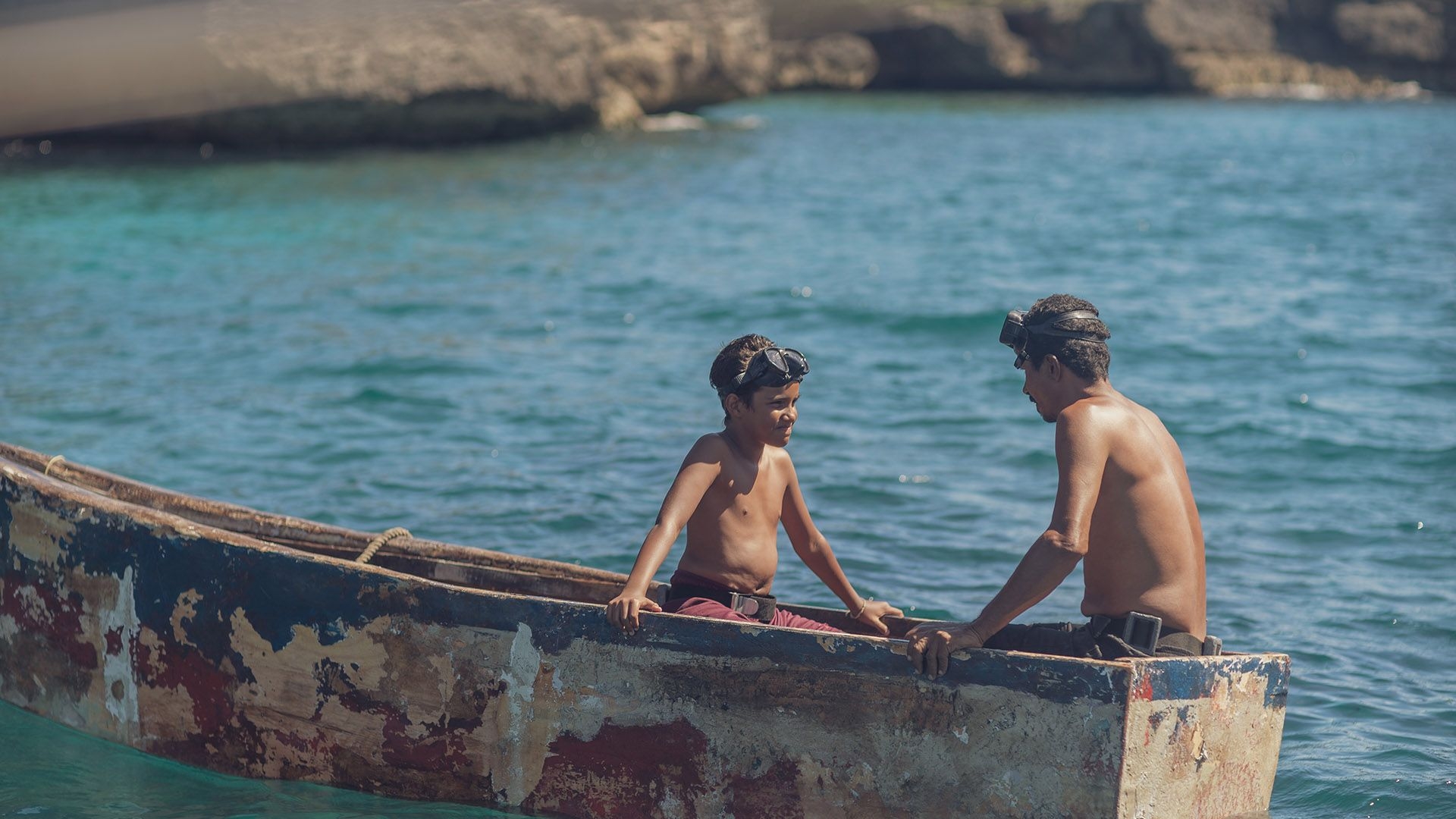 Samuel, the last freediving grouper fisherman, lives isolated on an island. One day, Samuel receives an unexpected visit from his son, now called Priscila and who is a transgender prostitute. She is looking for a place to hide. Samuel initially rejects Priscilla, but allows her to stay. After suffering an accident, Samuel has to accept the care of his daughter and this brings them closer together. The fishermen of the area watch everything with strangeness and one of them extorts Priscila, because he knows why she is hiding. When they try to apprehend her, Samuel defends Priscila from the fishermen. When the fishermen leave in search of the police, father and daughter take the opportunity to dive together in the sea like groupers, which can change sex when they reach maturity.

Director's note: I explore two themes, the disintegration of the family and human relationships with animals, which connect me to my childhood; having grown up without parents in an almost rural environment where I witnessed how people shared their daily lives with their animals. I explore my childhood full of absences, I incarnate in the characters of the film situations that I thought were buried and I connect them with clearer memories such as my grandparents' nostalgia for the sea. The film has become a process of honesty, not only for me, but also for those who somehow forged who I am. Mainly, it is a story of second chances, a concession that life rarely gives. It is a possibility to approach certain humans from which we flee. It is a look at the role of the family when confronted with difference. We all struggle against the worst of evils, a world that still believes there is only one way to be.