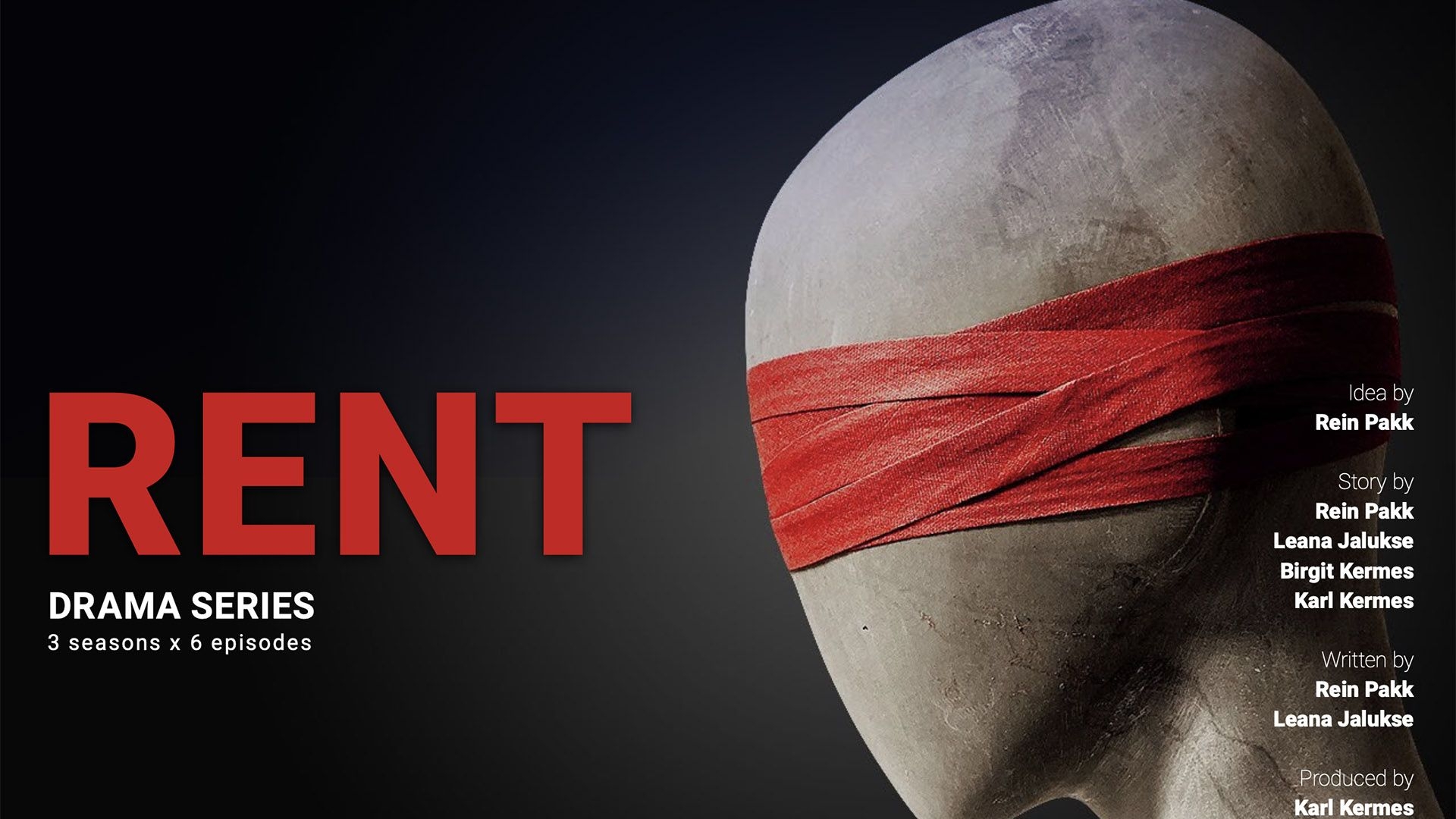 Madeline, a single mother clinging to the last shreds of her sanity, makes a desperate attempt to save her rebellious teenage daughter Cheryl by hiring a father figure – actor John, who had made a convincing role on stage. When this rental relationship proves a success, a light bulb goes off in Madeline’s head – she has long seen herself as an innovative businesswoman and she has finally hit upon gold.

The rental business launches successfully – Madeline finds the clients, John trains the actors, but neither foresees all the psychological, moral and legal boundaries they are about to cross. Cheryl, however, whose orbit regularly hosts at least forty admirers, is beyond help. The influence of her formidable grandmother Margaret reaches everywhere – from the emergency room to the airport security service and the student lists of elite high schools – but even she cannot convince the faculty of medicine of a major university to enrol the girl who pukes and draws drug-induced hallucinations at her state exams.

To the matriarch’s dissatisfaction, Madeline starts to get out of control as well – namely, the daughter trained to consider men biological source material falls in love with an old family friend, ambulance chief Nikolai, one of the few men who has actually earned Margaret's respect. Olaf, who has only recently come out, falls in love with John, but his past includes not only a marriage and two adult daughters, but ties to a mob family and years spent in prison for its other members. The prodigal son tries to preserve his independence, but a precautionary bomb is planted in his car – and during the investigation, DNA samples are also taken from Cheryl and John, who happened to be at Olaf's office at the time.The rental father turns out to be the biological father immediately before the appearance of Kari – Cheryl’s alleged “real father,” who had paid Madeline to keep the product of a thoughtless sperm donation out of his life – because now he needs the “daughter’

Screenwriters' bios
Actor, director, playwright, writer, marketer and multi-talent Rein Pakk has been active in the Estonian drama landscape since obtaining a bachelor's degree as a film director with the first class of the national film school. All 10 of his plays have reached the stage with some gathering more than 16,000 viewers. He has also written successful dramatisations and the documentary about the famous semiotician Juri Lotman (Lotman's World 2006). As an actor, Rein has appeared on big theatre stages, playing Mephistopheles among other roles, and feature films, including the Venice Film Festival success Autumn Ball (2007). His work in television includes acting and directing for various drama and comedy series as well as hosting shows. Rein is also known as an essayist and novelist (AjaTeenistus 2018, AbiElu 2019), a cartoonist and entrepreneur, a creator of interior design solutions, a marketing specialist and consultant, and a brand and rebrand creator.

Leana Jalukse (1979) is an Estonian screenwriter and script editor. She holds a BA in Broadcast Media and an MA in Film Arts, majoring in screenwriting, and has been active in the film industry since 1997. Mother, her debut as a writer on a full-length feature, premiered internationally in competition at Tribeca, USA, won Best Feature in Kitzbühel, Austria, Best Estonian Feature at Tallinn Black Nights Estonia, was selected Estonia's national entry for the Oscars, and nominated for Best Screenplay at Estonian Film and TV awards. Her second feature, Fire Lily, was released in 2018, and two shorts will premiere in 2021. She is currently working on a number of original feature films and series for both Estonian and international markets. Leana teaches screenwriting and acts as an expert at international workshops. She is a founding member of the Estonian Screenwriters' Guild and a member of the Estonian Filmmakers' Union and the Writers’ Guild of Great Britain.

Producer's bio
Producer and author Karl Kermes has been active in the Estonian theatre and television landscape since 2009. He studied acting at the School of Performing Arts of the Estonian Academy of Music and Theatre, business management at the Mainor Business School, law at the University of Tartu and graduated from the Estonian Business School as an Executive Coach. In cooperation with top Estonian actors, he has staged more than 25 mono and stand- up productions during the last 12 years, resulting in numerous box office hits. He is the creator and producer of the comedy series "ALO", and the author of the idea and producer of the short film "ULF or Do I Exist?", and the author of the idea, creator, producer, director of tv. show PÖÖRDES with ELISA Estonia in fall 2022.

Production company: Teater OÜ / POINT Productions
POINT Productions has staged more than 25 mono and stand- up productions during the last 12 years, resulting in numerous box office hits. Comedy series ALO, and the short film ULF or Do I Exist?" TV show Pöördes is currently in production with ELISA Estonia and will be premiered in fall 2022.

The project will be presented by Karl Kermes, Rein Pakk, and Leana Jalukse.