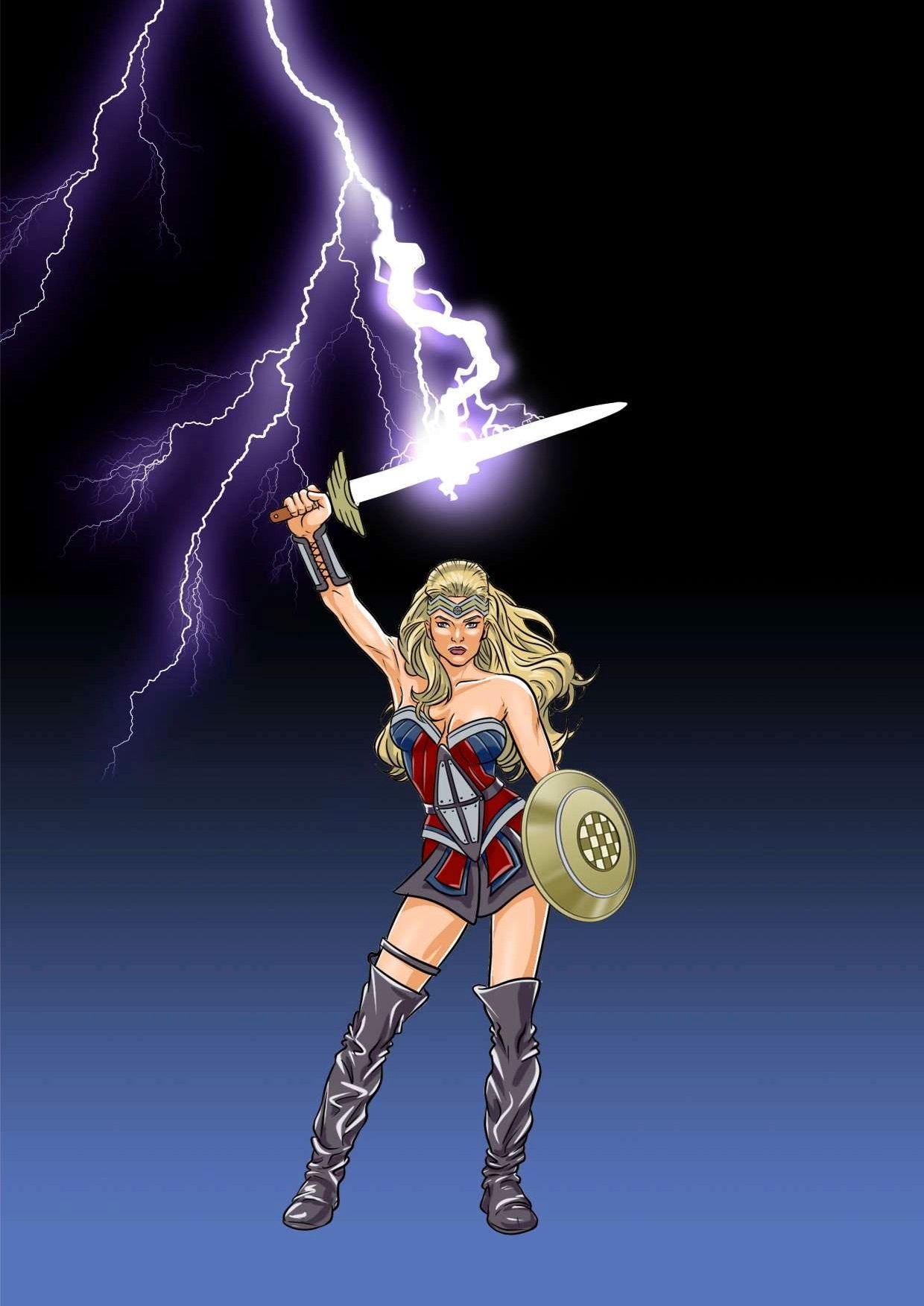 Once Upon a Future in the Balkans

Once Upon a Future in the Balkans is a science fiction comedy with a superheroine named Hrvojka Horvat who has ability to time travel. This political satire is set in the future, in 2061, when the Western Balkan countries are integrated into a puppet state called The Great Montenegro. The protagonist Hrvojka Horvat is using her superpowers to travel back to the past in order to save her country and change the present, that is the future.

Directors bio
Predrag Ličina was born in 1972 in Zagreb. He studied film and TV directing at the Academy of Dramatic Arts in Zagreb. In the early 1990s he wrote film reviews for newspapers, and then went on to direct several documentaries for Croatian Radiotelevision, as well as numerous music videos and commercials.

In 2012 he created the TV series Sunday Morning, Saturday Evening. Together with Jelena Paljan he wrote screenplays for 15 episodes, which he also directed. The show was widely praised by critics and accepted by younger audiences.

In 2013 he completed the short film Zovko Teleport. The same year he received the Grand Prix and the Audience Award at the Multimedial Festival in Majdanpek.

In 2018 he wrote and directed his first feature film, the zombie comedy The Last Serb in Croatia that was a local blockbuster.

Producion company bio
Terminal 3 is a Croatian production company based in Zagreb, founded in 2017. It’s a female-led company managed by producer Vanja Sremac who, before founding her own company, was working as a freelance producer for different production companies. Vanja still acts as an expert in cultural policies for the audiovisual sector following many years of experience in cultural management by working for the Croatian Audiovisual Centre, the main film agency in Croatia.

Terminal 3 is an author-driven company whose credits consist of a short experimental film Every Artist by Themselves, Never Quite Together by Jelena Blagović and a debut feature Kick and Scream by Nina Violić, followed by two minority co-productions: a feature film by Dušan Kovačević It’s Not Bad Being a Human and a feature film The Happiest Man in the World by Macedonian director Teona Strugar Mitevska that had its premiere at the Venezia 79 and later on at Toronto Film Festival.

Original title
Hrvojka Horvat: Bilo jednom u budućnosti
Budget
1400000 €
Financed
34500 €
Looking for
We are looking for potential co-producers, sales agents as well as streamers outside the Balkan region. Our project is a science-fiction comedy and political satire dealing with a local topic, however reflecting the global issues. Therefore we think the story has a transnational appeal. Being a comedy for the wide audience it will come as great refreshment in the European film repertoire.
Director
Predrag Ličina
Producer
Vanja Sremac
Contact name
Vanja Sremac
Contact email
vanja@terminal3.eu