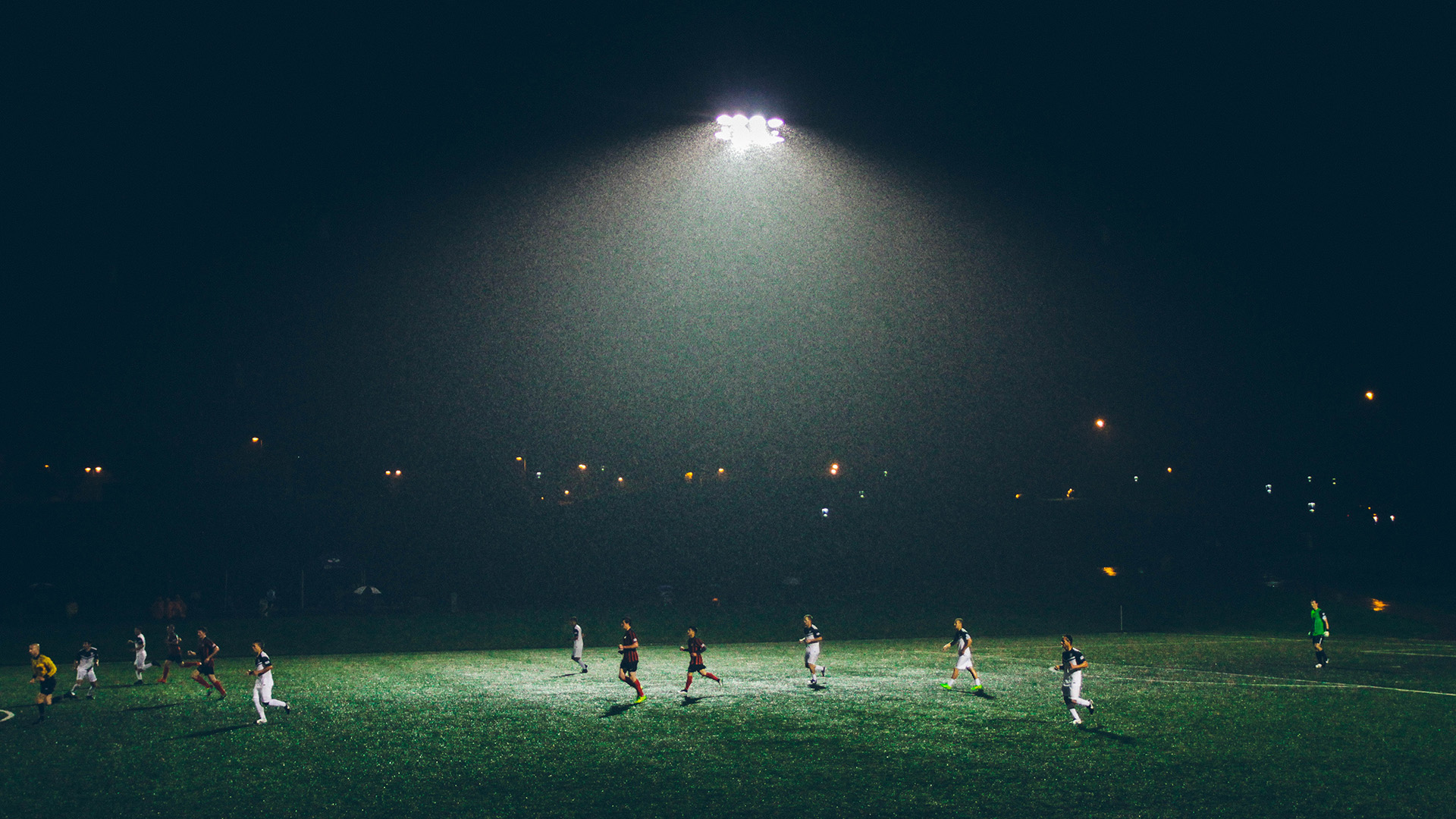 Sasha, a young football betting kingpin, runs an impressive illegal gambling and match-fixing empire. But his Hamburg-based operation is growing too big to handle and he finds himself assailed from all sides. Seeking a different way forward, he returns to his home country of Slovenia and reluctantly joins forces with his two siblings - Lena, a ruthless businesswoman with plenty of issues of her own, and Mario, a self-absorbed former football star, now struggling club manager. Together they stumble upon an incredible opportunity involving the construction of the country’s largest stadium and a potential joint EURO 2028 host bid. But there are many forces standing in their way: powerful competition from Croatia, Sasha’s mounting problems with his East-Asian partners and an Interpol investigation, Mario’s insecurity and incompetence, and, crucially, a mistrust and cutthroat relationship between the three siblings themselves.

Screenwriters:
Juš Premrov wrote and directed several independent short films and was a co-writer on the first two seasons of the acclaimed comedy series “Paired Up”, the first season of which he also directed. He works as an assistant director on films, TV, and commercials, but has been spending the last few years mostly developing scripts for several shorts, TV shows, and his debut feature.

Nejc Pohar finished the studies at University of Ljubljana and continued to study film directing at FAMU, Prague. He wrote and directed his first short film for the Slovenian national broadcaster in 2002 and soon after began directing TV commercials as well. In 2012 he directed all episodes of the Slovenian adaptation of the highly acclaimed TV series "In Treatment".

Producer:
Andraž Jerič is one of the founding members of Temporama where he works as a producer and head of development since 2013. After a series of short films, experimental and documentary films, music videos, and a season of a short-form comedy series, he produced his first feature film “Consequences” which premiered at Toronto IFF in 2018 and garnered significant international success.