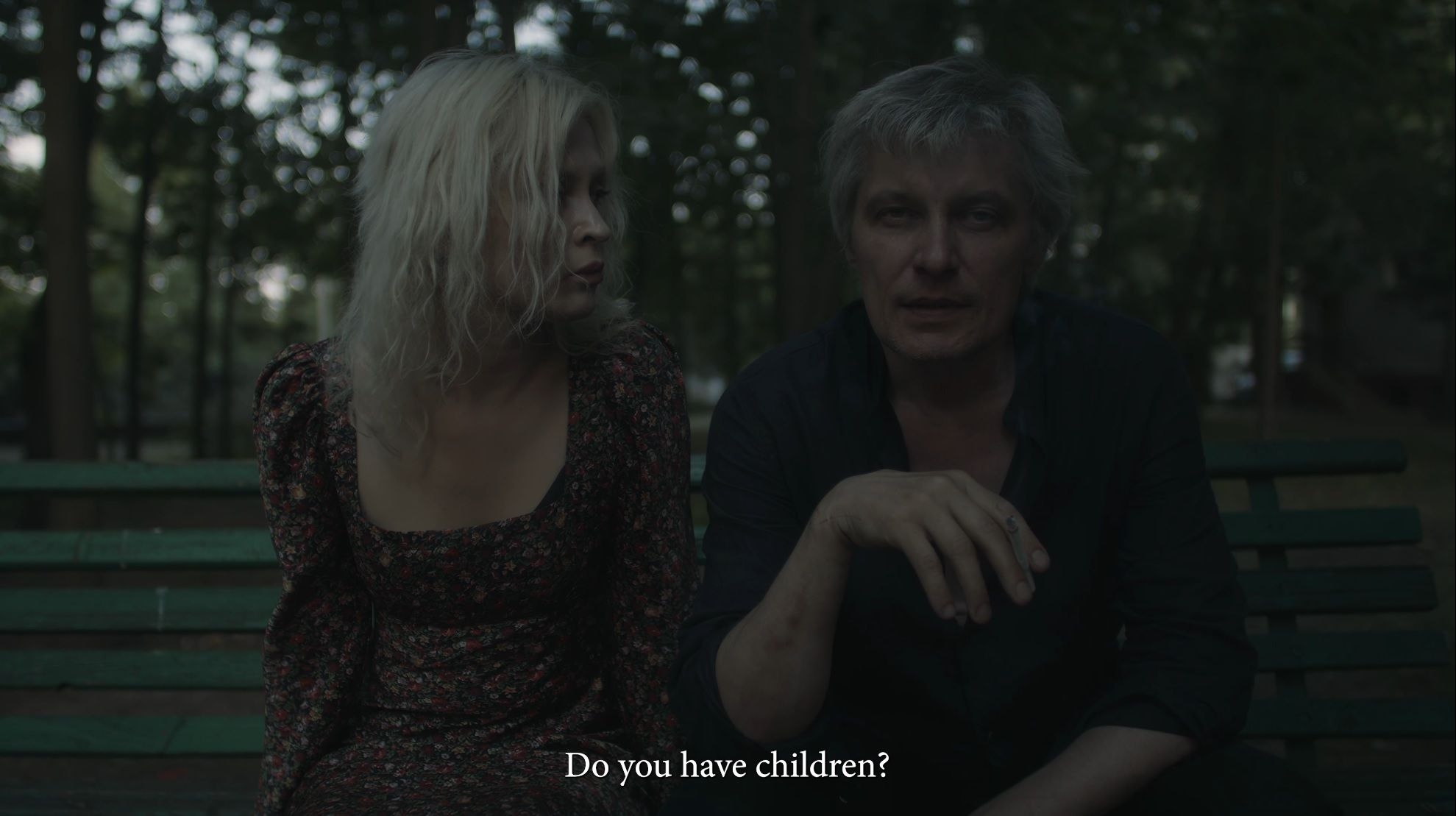 Else was videotaped being four years old by a forensic psychologist.
During the interview, she claimed to have been sexually abused by her father. After twenty years all that she said went to Oblivion.
After re-watching the videotapes of the interview twenty-four-year-old Elses' memories and the foundations of her identity are shaken. To remember what really happened that day Else decides to track down her biological father. The relationship between them takes a surprising turn when Else does not dare to confess to him that she is his daughter.
Oblivion is a story about an inner journey - the character's presence in contact with infinity, with herself, and with a helpless desire to find the truth.

Director's statement
Although memories are liquid, we inevitably have to rely on them to form our identity.

In creating this story, I thought: what if our memories were fundamentally questioned? In that case, our identity would be called into question - who we are, what we consider ourselves to be and how we've seen ourselves so far.

The same conflict arises while looking at the bigger picture. Public discourse often questions our past - do we have to dive into oblivion, eliminate the symbols of the past and create a new narrative? The defence mechanisms - drowning trauma into oblivion - constantly work in our inner microcosm, protecting against negative experiences and disconnecting us from cognition. These patterns are repeated in all the layers of humanity from history to personal traumas.

Oblivion covers all the layers by telling the story of personal trauma and exploring the universal process of healing.

Production note
After assessing the international potential of the project, we intend to look for funding opportunities, co-production partners who could contribute to the production of the film with creative, technical and financial inputs. We would very much like to find an international sales agent during production stage, to present project to international film festivals and distributors at stage of film post-production.

Production company profile:
Tremora is an independent production company, founded in 2005 by producer Ieva Norvilienė and director Ignas Miškinis, who have professional experience in advertising, short and feature films production and distribution.With international contacts on board Tremora can effectively collaborate on interesting and original film co-productions.
Tremora focuses on:
Full length feature and short films by young authors;
Internationals co-production.