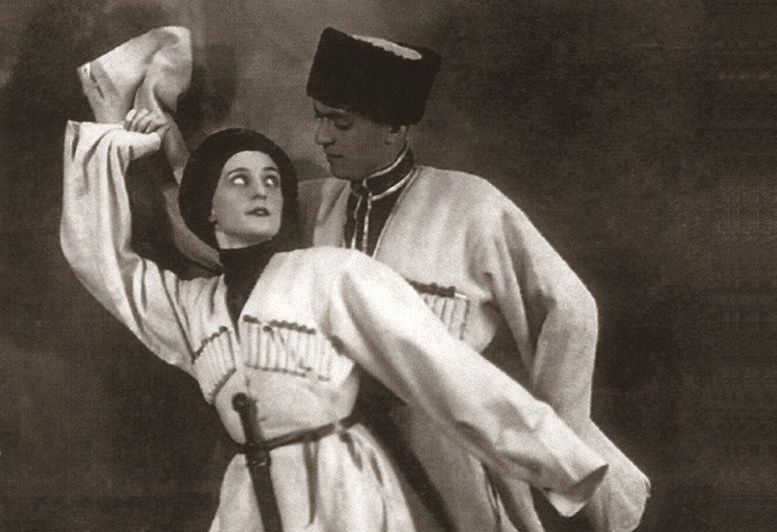 In the newly Sovietised Georgia, where fear and surveillance reigns and people are executed at night, two young dancers Nino and Iliko meet each other on the stage of Tbilisi Opera & Ballet Theatre. Love is born together with the goal to start a dance company inspired by the national folklore which will later change the course of Georgian culture.
Nino & Iliko is set in the period between 1925 and 1957. While telling the love story of two talented dancers, intertwined with beautiful choreography, the series focuses on the couple’s inner and outer struggles on the way of creating the “Sukhishvili Georgian National Ballet''. It examines how the totalitarian system breaks people and changes them once and for all.
Does Nino stay true to her values and beliefs along the way? In the end, what does the couple sacrifice to beat one of the most brutal political systems in history, in order to create art that goes beyond its place of origin and outlives the change of regimes?

Screenwriters’ bios
Maka Kukulava (Georgia) is a screenwriter and playwright. She holds a BA and MA in Screenwriting. In 2011, she received a literary award Gala for the best feature screenplay. Maka has worked as a film and art critic, and served as the guest editor for the major Georgian film magazine Film Print. She worked as a jury member at Georgian National Film Center film competitions. Her plays have been performed at the Royal District and Atoneli theatres in Tbilisi and Kutaisi Lado Meskhishvili State Drama Theatre.
Uta Beria (Georgia) is a film director and screenwriter. He holds a BA in Film and TV Directing and MFA in Screenwriting. In 2019, Uta wrote and directed his first feature Negative Numbers, which screened at Rome Independent FF, BOZAR Bridges etc., receiving the EU Human Rights in Cinema Award.
Uta Co-wrote feature film The Last Stroll (2011) together with Oscar-nominated director Zaza Urushadze. In 2022, Uta won production funding from GNFC for his second feature Tear Gas.

Producer’s bio
Nino Chichua is the co-founder of 1991 Productions, a Tbilisi, Georgia-based film production and service company. She develops, finances and produces talented directors’ fiction and documentary films through European co-productions. Her most recent work is director Levan Akin’s new feature film currently in production, produced by French Quarter Film (Sweden) and co-produced by 1991 Productions among others. Her feature documentary Glory to the Queen, 2020 (Georgia, Austria, Serbia) was funded by Eurimages and screened over 25 festivals globally, winning the Best Documentary award in Georgia in 2021.
Nino graduated from NYU’s Tisch School of the Arts, with a degree in Film & TV Production. Determined to bring the best of western practices to her home country’s newly revived film industry, Nino moved back to Georgia, worked as a line producer on various award-winning projects and then started 1991 Productions together with Anna Khazaradze.
Currently, 1991 Productions is finishing post on feature documentary Smiling Georgia (Ex Oriente Film 2020), as well as developing feature film Tear Gas (funded by GNFC & CNC), feature documentary 9-Month Contract (EAVE Change), and mini series Nino and Iliko (Midpoint 2022).