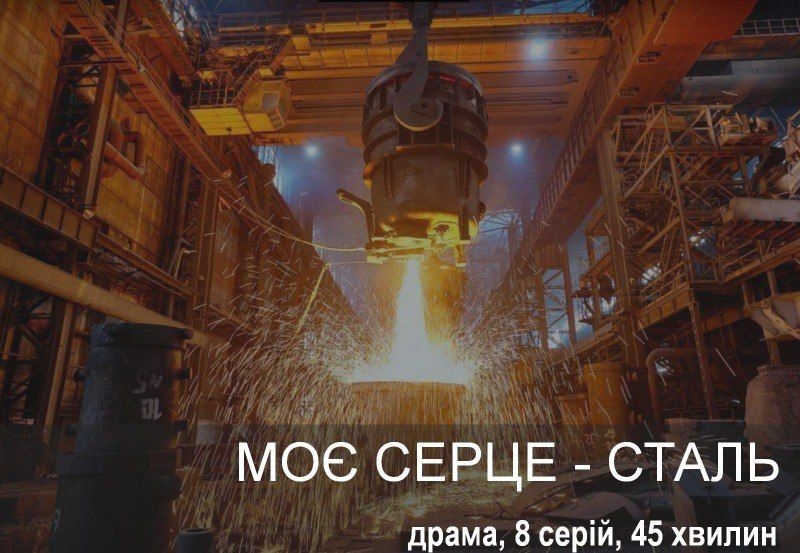 My heart is steel

Life is like steel. You pour it out, and it instantly hardens in the shape you give it. Therefore, the quality of this metal is so important. What is your foundation? A foundation that will stand, even if everything around is destroyed. A base is as strong as steel.
The series "My Heart is Steel" is the story of the peaceful people of Mariupol, how they gave their whole lives to Azovstal, and who spent the most terrible first months of the war there. We will tell about these people, tell the story of their peaceful life and heroic resistance. The personification of this resistance, the main character of the series, will be one great labor dynasty - the Sirenki family. From the older generation (65 years old) to the middle and youngest. From grandfather to grandson.We will show how the family lived and changed from 2014 to 2022.
8 years from the first Russian attack to full-scale war. And 6 series that will allow us to understand who these people are, what they are made of, and why they survived this game with death. All the series' characters will have actual prototypes - people from the "Museum of Civilian Voices" project. Serhii Kalinichenko, the head of the thick sheet shop, will become the main character Mykola Sirenko. His goal is to protect not only his family but also other peaceful city residents in the event of a repeated Russian invasion. Which, he is sure, will be. Under his leadership, 36 bomb shelters are being prepared slowly and methodically. Wooden pallets for conditional beds, technical and drinking water, antiseptics, overalls... The tension from waiting for the inevitable disaster will become the main intrigue of the series.
The series aims to make the voices of peaceful Mariupol residents louder. Tell the whole world about them. And in this way, it explains why Ukraine did not surrender and, why the war, despite the forecasts of international experts, did not end in 3 days, why Mariupol became a world symbol of heroic resistance.