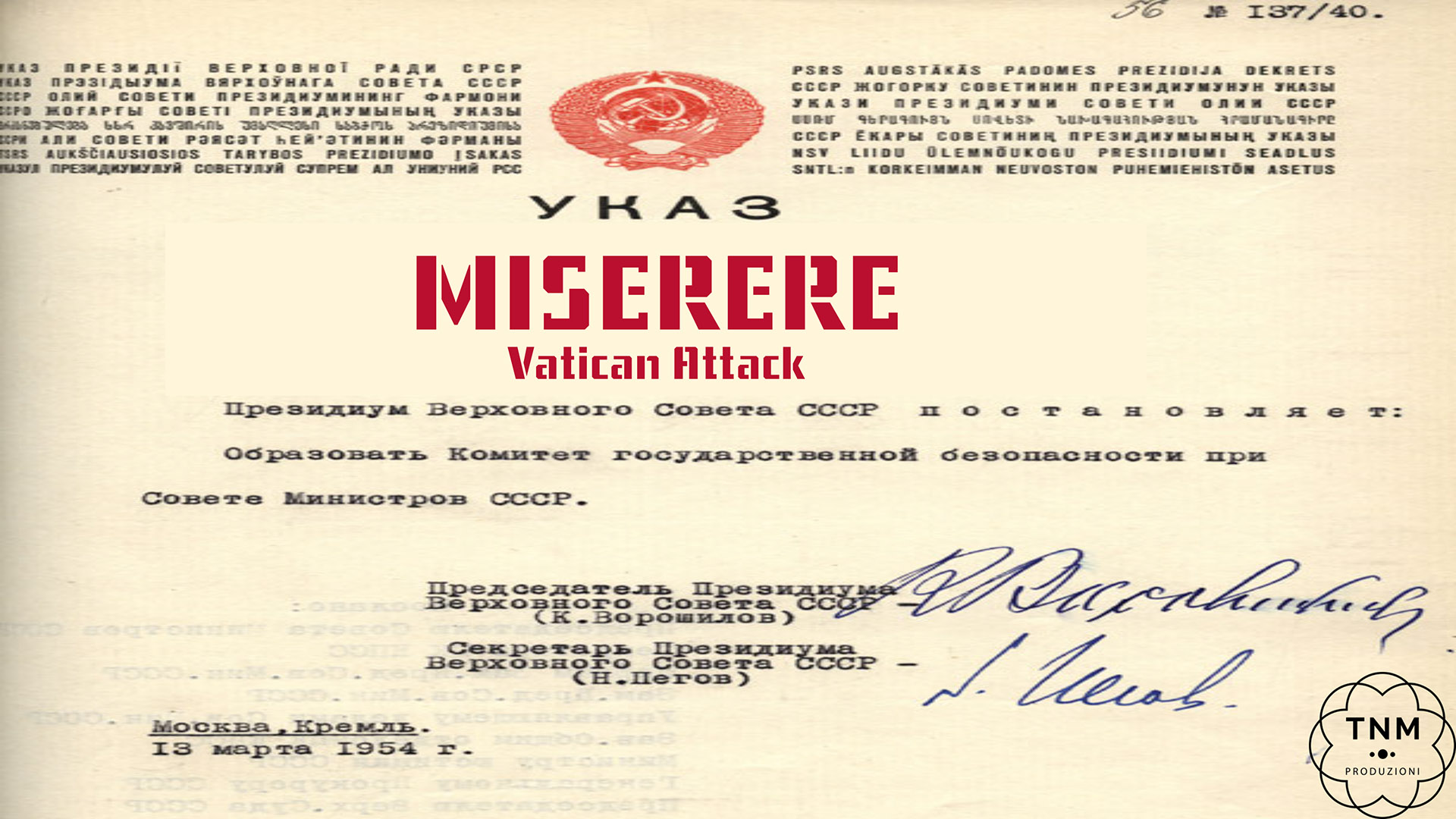 In the mid-1980’s, the Soviet KGB tasks Gregory Borislav, codenamed Miserere, to assassinate Pope John Paul II as he gives a speech in Morocco. Meanwhile, his nephew Lyosha joins the Spetznas to avenge his father who was killed by a Pashtun warlord. In order for them to achieve their objectives, both become entangled with an opium cartel turf war in Istanbul.

TNM Produzioni is an independent production company founded in 2018 by Giovanni De Micco, a Neapolitan entrepreneur; and Carmine Parmigiani, Ettore Scola’s producer. TNM’s credits include the features OCCHI DI DENEBRE and SCIUÈ, as well as several socially-themed documentaries. TNM holds the international rights to several novels by Vito Bruschini. They are currently adapting the book/graphic novel MISERERE and developing the original project VESUVIUS for the international TV market.