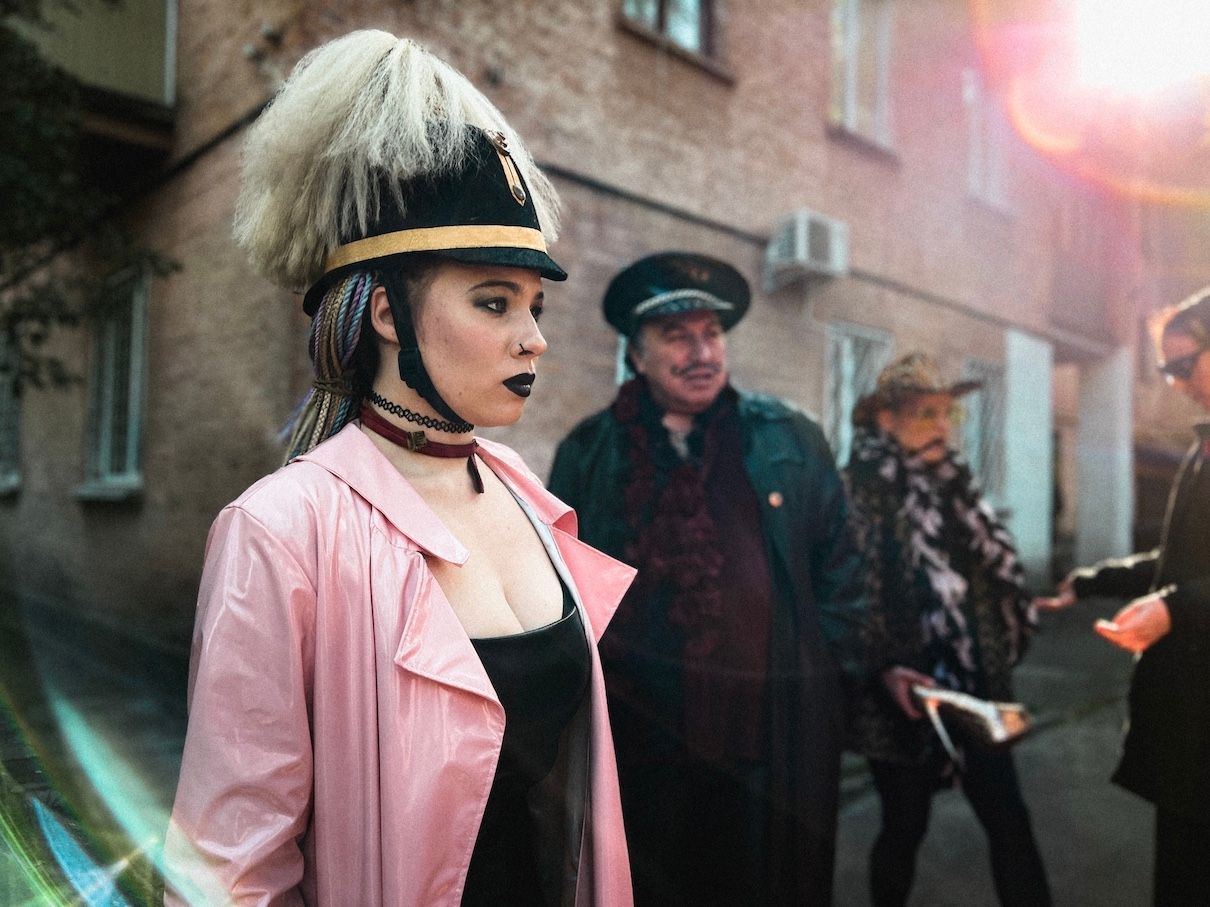 A provincial school teacher who wants to save her family from a breakup and loans is persuading her husband and children to register for “Lessons of Tolerance”, a government program on European integration. The family takes the bait of favourable preferential terms and enrols in the scheme. According to the program conditions, a gay person, who is an LGBTQ community activist, settles in their apartment for a certain period. But this does not intimidate the activist in any way as his main goal is to teach or rather help people get used to accepting and understanding others, in particular, gay people – this is what he is struggling for. Finally, there could have been an ideal ending, if…if not for the retired compadre.The presence of a ‘sodomite’ at his friends’ family makes him imagine terrible variations of rape.So, he takes on liquidating the activist. And what about the family?They hurry to save the gay, who has already become their close friend

Director's note: It would seem, why make a film about everyday peaceful problems during the war? We also asked ourselves this question. But then we realized: in order for Ukraine to become free and modern, and to break out of the Soviet shackles, we need to fight not only with the external enemy (Russia), which kills Ukrainians and wants to seize our lands, but we must not forget about internal enemies - prejudice, xenophobia, etc. So, "Lessons of Tolerance" is our cultural front in the fight against internal enemies, our small contribution to the future of Ukraine.