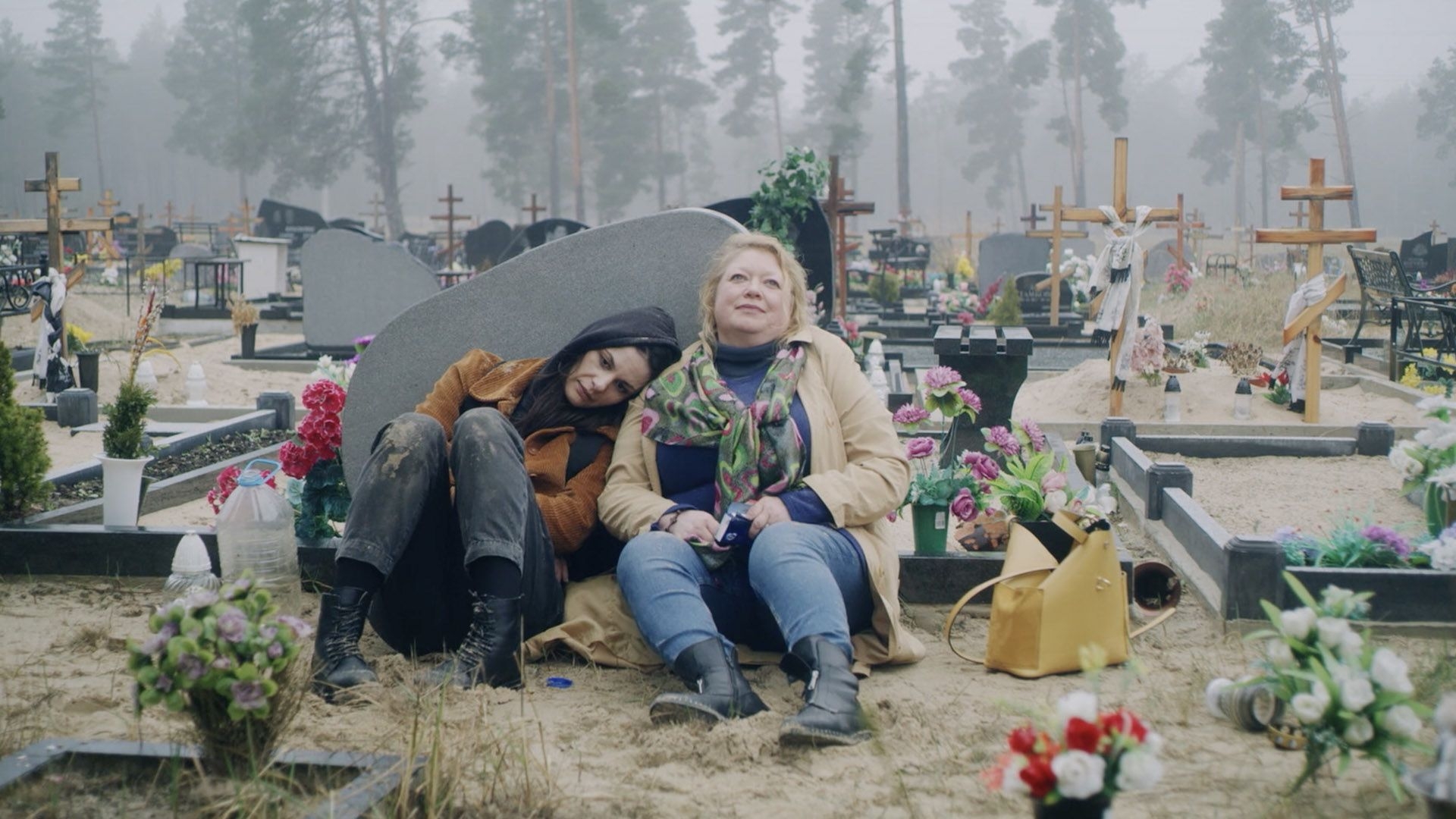 Ambitious yet insecure set designer Lyv (36) feels that she is ready to settle and to have a baby with her boyish husband Marcis (37). When her father - once a promising artist, now a devoted alcoholic - ends up in a hospital unconscious after a stroke, Lyv's plan starts to slowly fall apart as she loses control of her own life. Lyv's mother believes that only Lyv can keep her father alive, but Marcis in the meantime faces his own fears of fading youth and imminent death. All Lyv ever wanted was to distance herself from her always absent father and create her own family, yet the fact of him dying brings her closer to him and she realises how hard it is to let go of something she never had.

Director's statement
In Latvia absent fathers, mostly because of alcohol addiction related issues, for a few last generations are painfully common. A few of my friends have already lost their estranged fathers before reconciliation and I've seen the trauma not only caused by the death of a father, but of a very specific death - a death of a father you've never had. These women have grown up with a legally or factually single mother and an unreliable, rarely seen and often intoxicated father figure. This has had a huge impact on how they form their adult relationships and how they define their own self-worth. “Impressions” will not be a social drama, I believe that these issues can be looked at with lightness and humour, yet it poses a difficult question – can one ever find fatherly love and acceptance within oneself instead of looking for it in other people.

Production note
Looking at the Latvian films made in recent years, we are happy about their variety and quality, however, we really miss films about nowadays with real stories about real people, which would help us to reflect on our inner world and maybe "lift up" a thought that has been kept for years and be a part of collective trauma healing process. As a great example, we can cite the mini-series “Normal People” (2020) and Joachim Trier's film "The Worst Person in the World" (2021). Trier perfectly defines his story as "a coming-of-age film for grownups who feel like they still haven't grown up". The fact that the topic of our film is relevant is confirmed both by the the support received from the National Film Centre of Latvia for the script development and production, and also by being selected in Torino Film Lab Extended - Procida Lab 2021. In our opinion, this script shows well that it is possible to talk about serious topics with lightness, self-irony and a good dose of humor, as is usually the case in life. Such a film has the potential to be appreciated by both viewers and film experts. Since we have just received the national funding for production, the work has only started, but we are determined to find partners this year and film the movie next summer.

Production company profile
Started as a creative production company working with mostly commercials and music videos we became leaders of the local market. In 2018 we made a huge step and produced our first feature. The film premiered in 2019 and became successful both critically and commercially. Since then we have changed our focus on films and production services so we can work on projects which we enjoy the most.