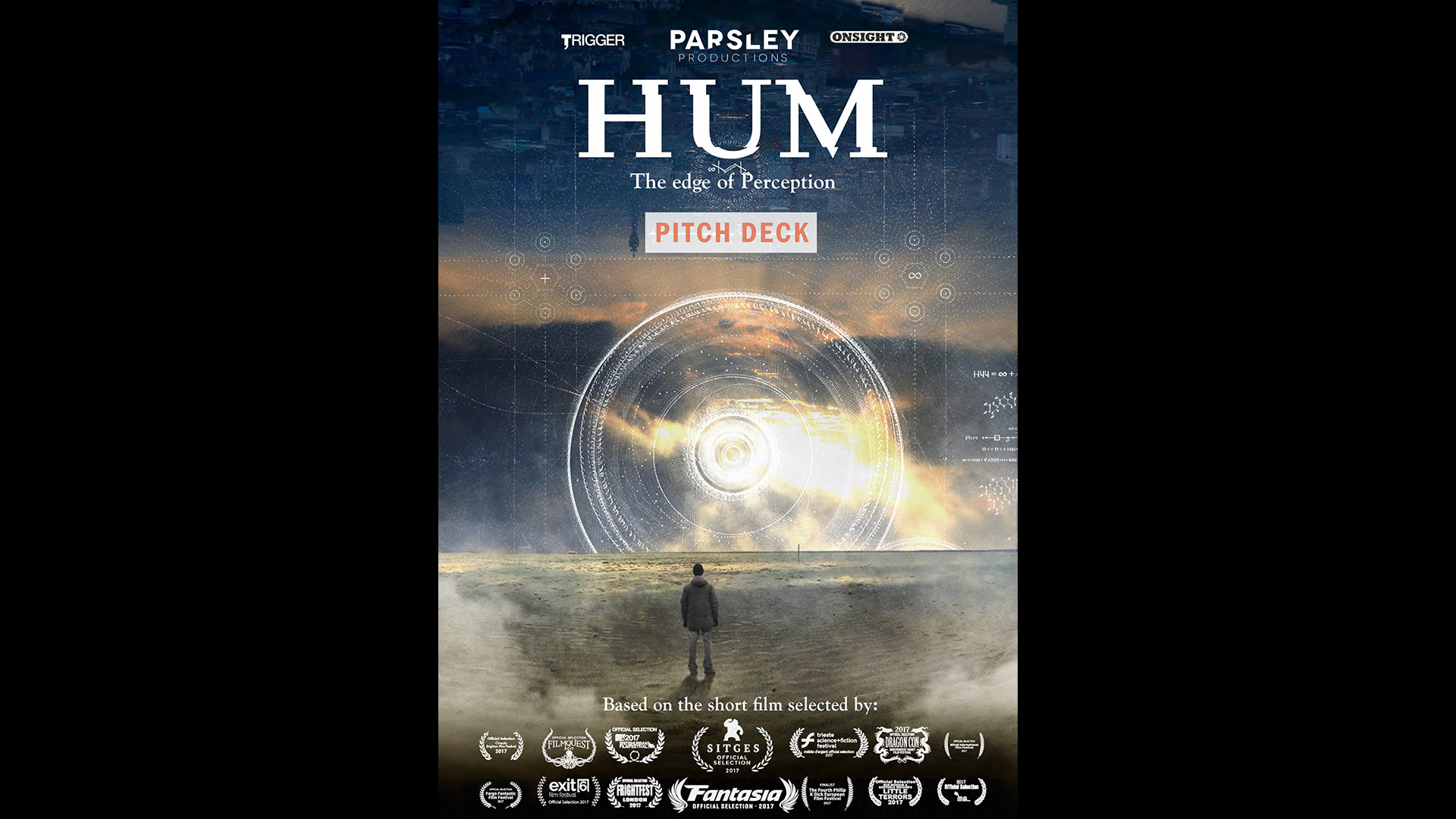 Chris (30s) is plagued by a mysterious noise – The Hum. Failed by traditional healthcare, he turns to disgraced Prof. McAven (60s), fired from university because of his unorthodox techniques. Together with McAven's daughter Alice (30s), a psychologist, the three eventually discover the source of the Hum. The Afterlife. As the veil between the two worlds becomes dangerously thin, Chris is forced to confront past traumas before the Hum can reach its peak and kill him.

Stefano is a writer/director from Sardinia living in London. His films have been selected for festivals like Fantasia, Sitges, Frightfest, etc... He's been part of the European Genre Forum and shortlisted for the Sundance Screenwriting Lab and TV Pilot Lab. His scripts were Semi-Finalists in screenwriting competitions such as Shore Scripts, Script Lab, Screencraft.
Stefano works as an editor and animator, his clients are broadcasters and creative agencies such as BBC, Amazon, Facebook, etc...

Scriptwriter's Bio:
HUM is written by Stefano Nurra & Maria Grazia Cassalia. Maria Grazia Cassalia is a screenwriter and script consultant based in Milan, Italy. Since her graduation in 2006 at the National Cinema School she worked as a screenwriter, story and script editor for broadcasters (Rai, Disney Channel Italy) and production companies (FreemantleMedia, Cattleya, Cross Productions, Grundy Italia) on prime time TV series.

Production company and producer:
Scott Imren established Parsley Productions in Brighton, UK in 1999 and since then has been making documentary films, award winning shorts and long running series for broadcasters all over the world (BBC, ITV, AlJazeera and RT) as well as providing directing services for major live broadcasts (Formula 1 Grand Prix, Formula E). Scott brings to HUM a personal connection with trusted freelancers and private investors as well as a solid experience in delivering high quality productions on a tight budget.

He has financed, sold international rights and/or distributed more than one hundred independent feature films including BOILING POINT, THE UNFAMILIAR, DTF, WITHNAIL AND I, MONA LISA, PSYCH 9, 4321 and LOCK STOCK AND TWO SMOKING BARRELS.