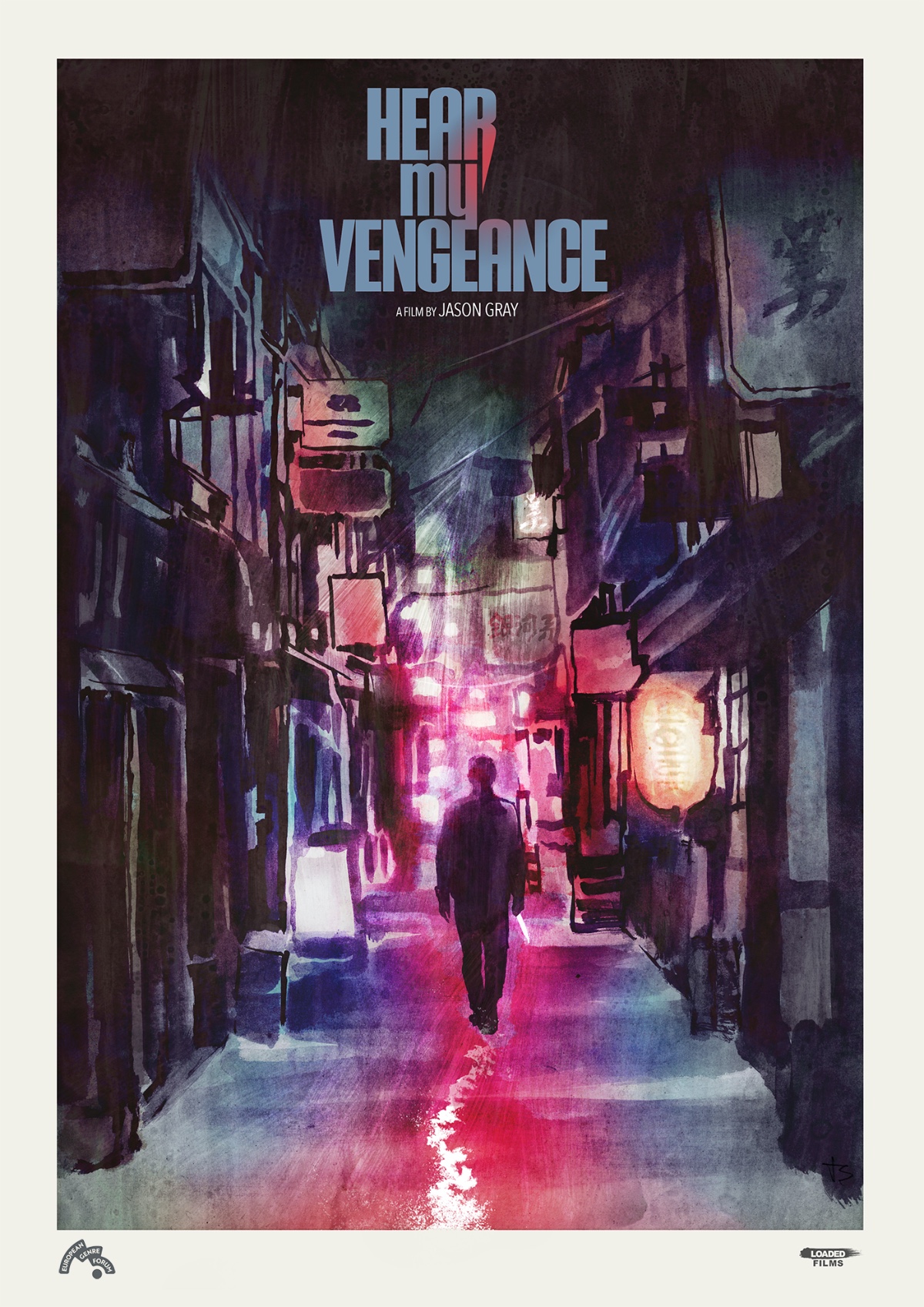 Tokyo, 2002. After years in psychiatric prison, Jeremy Bannon arrives from the UK to find the man who slaughtered and cannibalized his sister Serena 20 years ago and remains free. Jeremy treasures his childhood Walkman recordings of Serena and vows to kill Teppei Hamazaki on tape on the anniversary of her murder, in tribute. Hamazaki, once a profitable cult figure, is now a destitute recluse. Jeremy poses as a crime book researcher and hires ambitious guide Hana. As Hana helps Jeremy get closer to realizing the brutal revenge fantasy playing out in his mind, her kindness awakens a sense of normality in him for the first time. Financially desperate, Hamazaki schemes for a media blitz on the anniversary. When they come face to face, chaos ensues but Jeremy’s vengeance ultimately takes an unanticipated form.

Jason Gray has worked in the Japanese film industry as a journalist, writer, and producer. He wrote and directed short film Yukuharu (2012) which premiered at Fantasia and screened internationally. He served as a producer on Magic Kimono, producer and collaborating writer on Ten Years Japan, and producer on Kiyoshi Kurosawa’s To the Ends of the Earth. He co-wrote the story for upcoming feature Plan 75, directed by Chie Hayakawa.