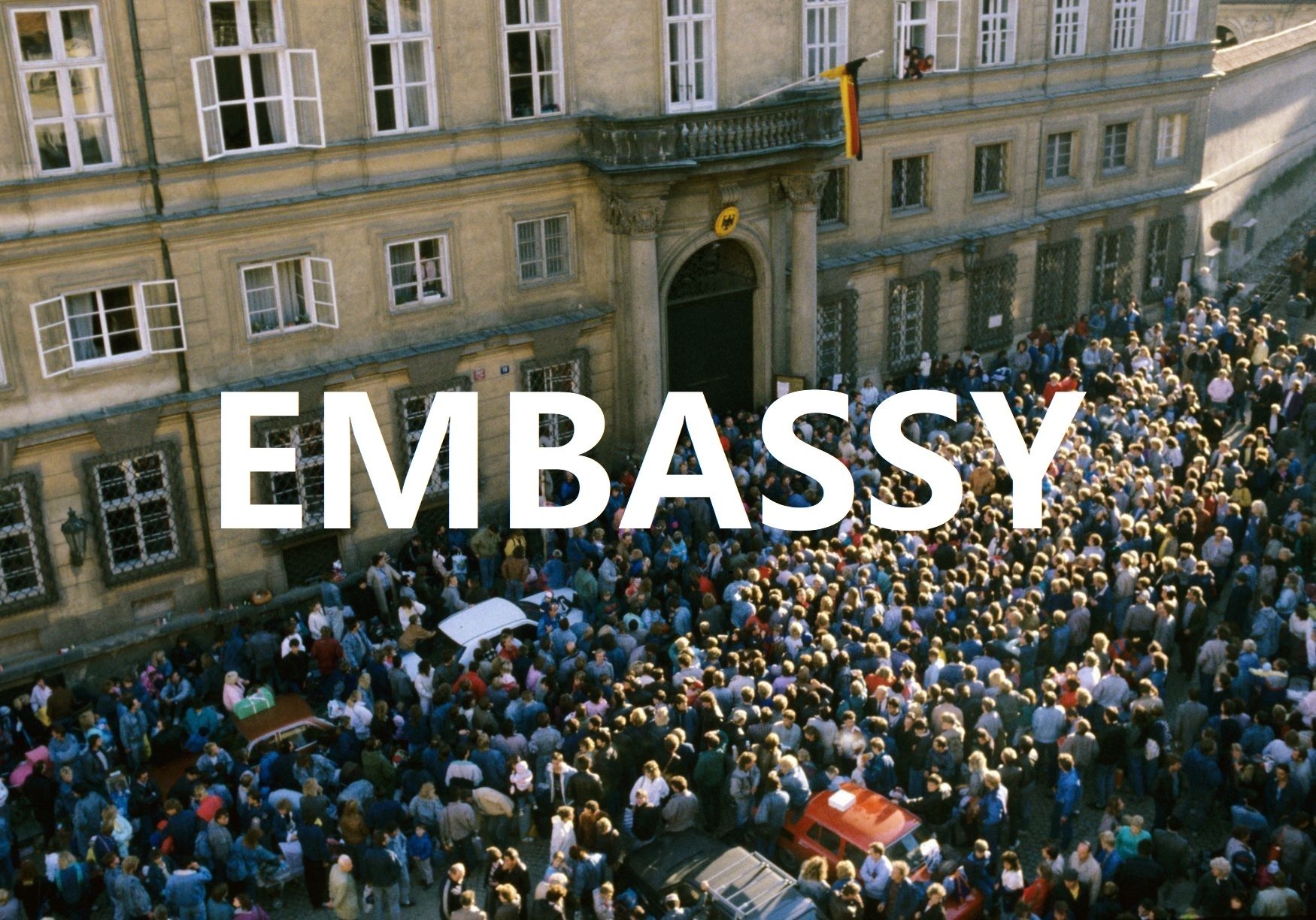 The story of several refugees halfway between their old homes and their new one, stuck in a foreign and unfriendly land.

It’s 1989. The situation in the totalitarian East Germany is getting worse every day but the Berlin Wall still stands intact. The only gateway to freedom is the embassy of the Federal Republic of Germany in Prague since Czechoslovakia does not require visas from the citizens of East Germany. The protagonists of our miniseries set out on the journey. Kalle, a promising young brown-skinned footballer with Bundesliga dreams; Kateřina, a submissive wife of a domineering husband whom she doesn’t dare to contradict; Lothar, a father with a young son on the run from the repercussions of his actions and from his influential father-in-law; Wolfgang and Emma, a middle-aged couple planning a new beginning, rid of old ties. And hundreds of anonymous others.

Dreams of freedom are very different, however, and not all may come true. When the number of refugees grows, Czechoslovakia closes its borders. People on their way to freedom and to a better life become trapped behind a fence on the embassy’s ground in a muddy tent camp. Hygienic conditions deteriorate, supply management as well as waste disposal collapse, an epidemic breaks out, the weather gets harsher and there are rumours being spread about secret police agents infiltrated among the refugees. The winter is around the corner and there are little children in the camp. Tensions rise and conflicts become increasingly frequent. Nobody knows what tomorrow brings. If the refugees want to have a hope of getting out of there, they need to come together and unite. They find support in the West German diplomat Annelore who does her best to improve both their current situation and their prospects, not knowing that the Czechoslovak secret service has dragged her into a dangerous game which cannot end well for her.

Producers' bios
Kateřina is a creative producer responsible for multi-genre production in Czech Television. She has participated in television series in the genres of music, entertainment, fiction, documentary as well as in theatrical films. She is a member of the Czech Film and Television Academy. Since 2020, she has been leading a workshop at the Master’s Degree in Production at FAMU. Her projects have won Czech Lion Awards, Prix CIRCOM Regional Award, Al Jazeera Balkans awards, etc., and were screened at festivals such as Karlovy Vary IFF, Cannes IFF, IDFA Amsterdam.

For more than 30 years Gabriele M. Walther has been producing feature films and TV programs with great success in all genres. After completing her degree at HFF Munich, she produced Roland Emmerich's first feature film and founded her first business together with director Ulrich Edel. With the formation of Caligari Film in 1986, Gabriele followed up her entrepreneurial career. The company is one of the leading independent production companies in the German film and TV industry and markets its productions and brands worldwide. Gabriele received the prize for Bavarian businesswoman of the year in 2007 and is a member of the executive board of the German Producer's Alliance Film & Television. In 2016 she founded "Mediva", a yearly get-together for the leading women of the German media industry.

The project will be presented by Kateřina Ondřejková and Ondřej Gabriel.