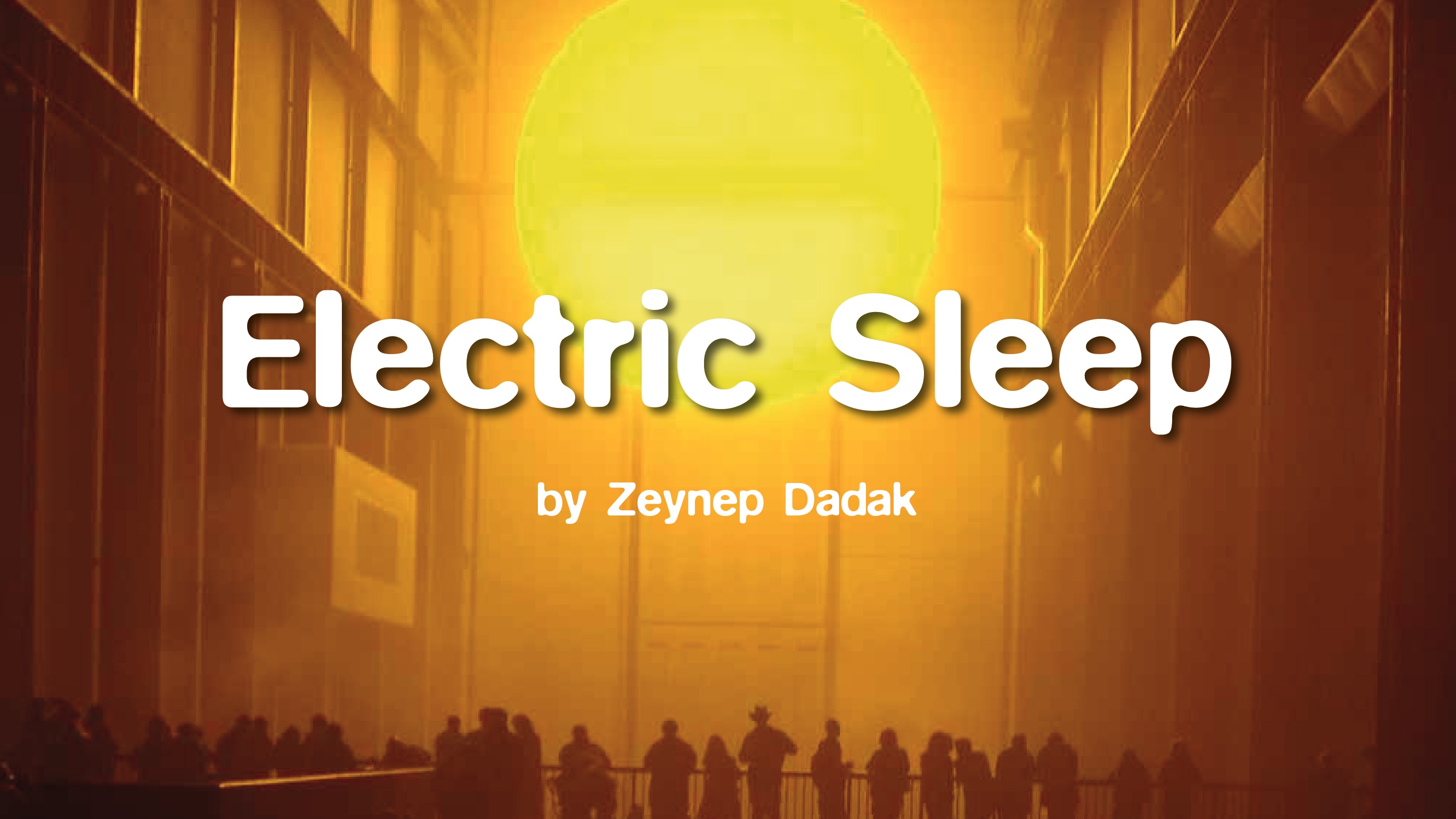 Year 2052. In a world of constant daylight, people hardly sleep and never dream. Zola, a young computer programmer, unravels the secrets of the new sleep order as she reclaims the night and the forgotten cave of dreams.

I would like to explore the complicated web of relations between technology and humanity, focusing on how capitalism turned sleep into a problem. While the night is still a place to take refuge, it has become a final frontier for multinational corporations and governments. Due to the increasing global uncertainty of freedom, I came to realise what a great luxury it is to be safely asleep at night, or not to be working a night shift in a factory.

But is the night really keeper of our sleeps, the final threshold that capitalism has not yet conquered? Or is the night still an imaginary place where forces of good and evil can be found?

In this context, I am interested in my main character’s arc from a conformist to a rebel. In a society that describes strength through physical vigour and productivity, she becomes a fighter only when she accepts her emotions, which is something that has always been defined as a feminine weakness.

Zeynep Dadak holds a PhD from the Cinema Studies Dept. at NYU Tisch School of the Arts. Co-written and directed with her long-time collaborator Merve Kayan, her debut feature film MAVI DALGA (The Blue Wave, 2013) had its intl. premiere at 64th Berlinale. Including the short film Bu Sahilde (On the Coast, 2010), her films were screened at prestigious film festivals such as Rotterdam, Sheffield, San Francisco and Jeonju, winning several awards both in and outside Turkey. Zeynep was selected for the MBB Artist in Residence in Berlin in 2018 and Berlin Senate’s Artist Fellowship Program in 2019. During this time, she finished her feature documentary INVISIBLE TO THE EYE, produced by Fenafilm, her own company. Based in Berlin and Istanbul, she is working on her new feature ELECTRIC SLEEP.

Titus Kreyenberg worked as an executive producer for film and television for many years before he founded his own production company unafilm. The company has produced and co-produced well over 30 films that competed in A-festivals around the world, Berlinale, Cannes, Toronto, Locarno, IDFA among them. In 2013, HELI won the award for Best Director in competition in Cannes. 2014 BRIDGES OF SARAJEVO was shown in the Sélection Officelle in Cannes. I AM NOT A WITCH premiered at Director’s Fortnight 2018 and last year’s Berlinale showed four films produced by unafilm.