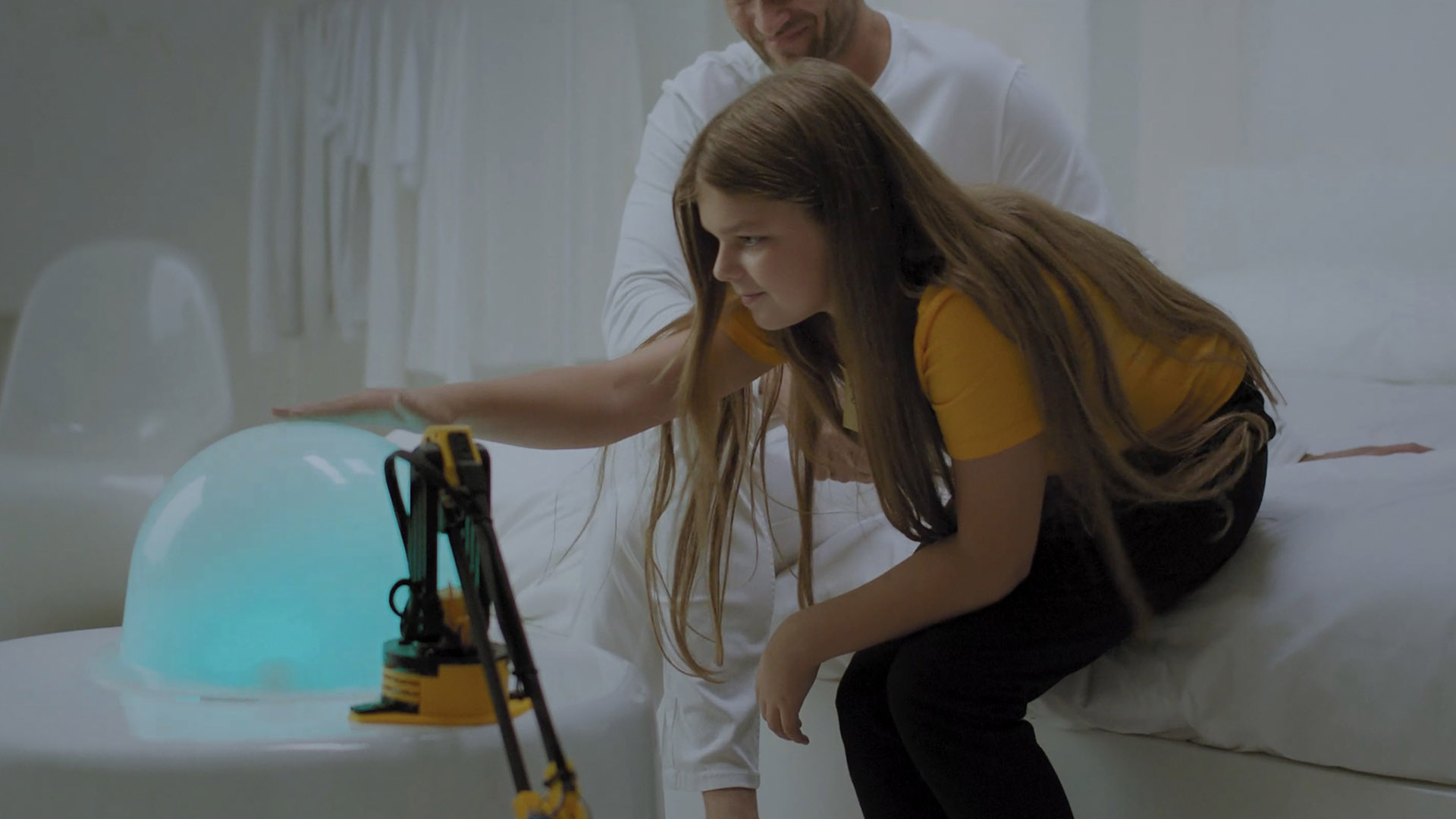 A 9-year-old girl gets accidentally trapped in a secret bunker where an AI-start-up is nearing the completion of a super intelligent AI. Both the girl and the machine want to escape.

Director:
Rain Rannu is an Estonian film director who often tackles the topics of technology and its impact on society. Child Machine is his third feature film. His latest narrative feature is the critically acclaimed start-up comedy Chasing Unicorns (PÖFF Baltic Competition, 2019). He is also the director of the first Estonian virtual reality narrative short Beqaa VR (2018). Together with producer Tõnu Hiielaid, Rain is a founder of indie production company Tallifornia.