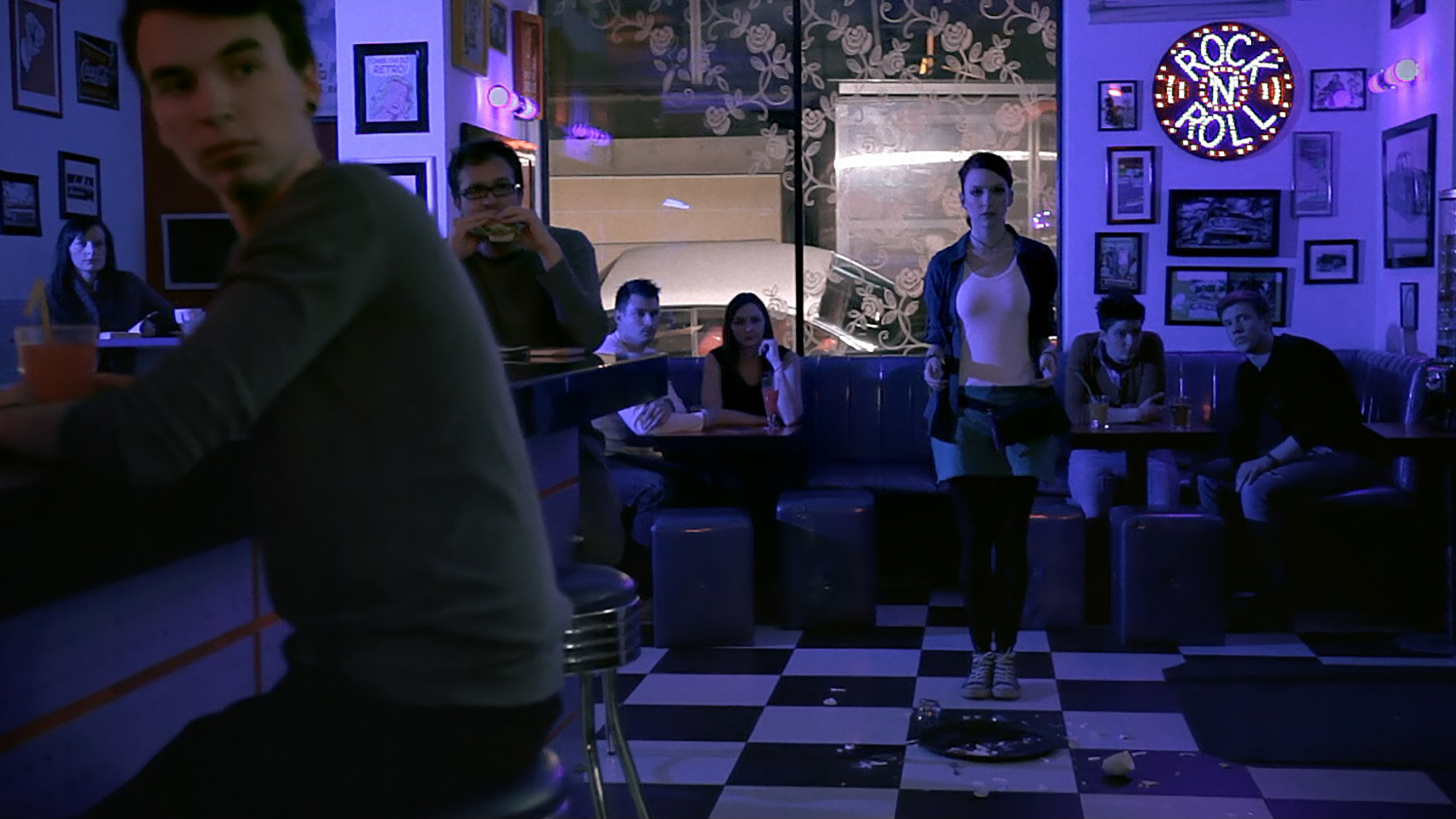 LENART (30) is a shy, introverted, not so young anymore filmmaker, who is unhappy with his current success and recognition in the film industry. Because nobody is taking him seriously, he develops an alter-ego, a new persona, who is everything he is not. His alter-ego is overconfident, cocky and full of big words.

Lenart enrols back in film school to finish his studies after a long break. He gets a young and already very successful classmate, student academy award nominee, 21-year-old girl Veronica. This makes him look even more unsuccessful for his age.
Although he uses his alter-ego on a regular basis, still nobody is taking him seriously. At the end, he reaches the point when he doesn’t know what is his actual personality and what is fake.

Miha Šubic is the guy who doesn’t drink coffee – the passion for film and storytelling keeps him awake since the age of 10, when he first started to tell stories through primitive PowerPoint animations. He believes every story should dictate the choice of technique and not vice versa. That is why Miha as a filmmaker works in the field of live-action, animation and documentary films.

Miha has worked as director, writer, editor or animator on various short films, TV series and commissioned films. He is a member of Slovenian animated film association D'SAF and a founder of film production Film Factory based in Maribor. He participated in numerous networking platforms, including Sarajevo Talents, European Short Pitch and Less is More.

Maja Zupanc is foremost an avid movie goer, she thinks, speaks and lives movies.
She started a career in independent film, first as a director of documentary films and then as a producer of few low budget feature film productions. Since 2017 she works in a production company Invida, making animated short films and TV series. She supports interesting subjects in film that represent a different point of view on society today.

Maja is a member of Slovenian animated film association D'SAF and Slovenian producers
association FPS. She is a co-founder of Film Flow, a podcast about film critique.