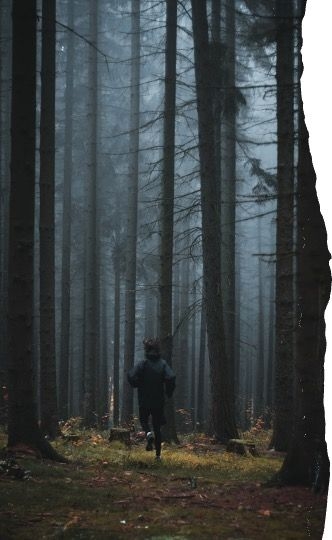 A group of policemen led by an experienced detective go to the province to investigate the crimes of a serial killer who terrorizes several small towns and kills women of all ages and appearances. Corrupt local police and indifferent locals stand in the way of the investigation.

Director's note: For several years, I processed all the materials of the court case, video materials of interrogations, interviewed the surviving victims of the maniac and witnesses. I visited the criminal in the colony, I separately communicated with clinical psychiatrists who specialize in such female criminals and worked in the research of serial murders after the Kuzmenko case. In order to achieve credibility in the details of the work of law enforcement officers (inspection of the crime scene, conducting post-mortem examinations, details of professional life), I cooperated with several Kyiv district police departments and went out with the investigators on "difficult" calls and murder cases. From a detective story, the work on this topic turned out, for me personally, to be a deep study of the nature of the origin of violence, the culture of silence, post-Soviet narratives and, related to them, the topic of corruption and a deep awareness of the historical context of the Ukrainian zero years.

Long synopsis: 07 year. In the vicinity of the small town of Boyarka, several women of different ages and appearances were found dead. Local corrupt law enforcement officers do not investigate the murders, rumors about which reach the capital and cause a stir. The case is entrusted to the extraordinary investigator Andrii. An experienced "hunter" gathers his own group of the best Kyiv operatives.
The community is hostile to foreigners, and the reason is quickly revealed - over 50 people were killed in the Boyarka-Vasylkiv-Korchi triangle in a year, and the number of missing is unknown. All this time, the boyar militiamen hid the remains of the victims in order to avoid responsibility for negligence, now they are deliberately obstructing the investigation, falsifying the results of forensic examinations and playing on the side of the murderer. Suspects are also the husband of one of the murdered women who was accidentally detained by passers-by during an attempt to attack the girl, a non-local man.
The investigation is looking for witnesses and female survivors. The group is joined by an ambiguous young local operative Oleksandr, who found the body of the serial killer's first victim and spoiled the physical evidence during the crime scene inspection; he becomes Andrei's closest assistant. A portrait of a serial killer appears in front of Andrii and Oleksandr, which violates all standards and approaches to the investigation of serial crimes. The criminal, realizing that he is being hunted, becomes even more sophisticated and starts playing with the investigators.
The investigation will have to look for a new approach to the search for the maniac, profiling, look for answers in prison, communicating with Anatoly Onoprienko, because they have encountered an evil that is difficult to fathom.
On the side of the criminal - corrupt police, lack of technical capabilities, indifference and silence of local residents, on the side of the investigation - only a desire to learn the truth.