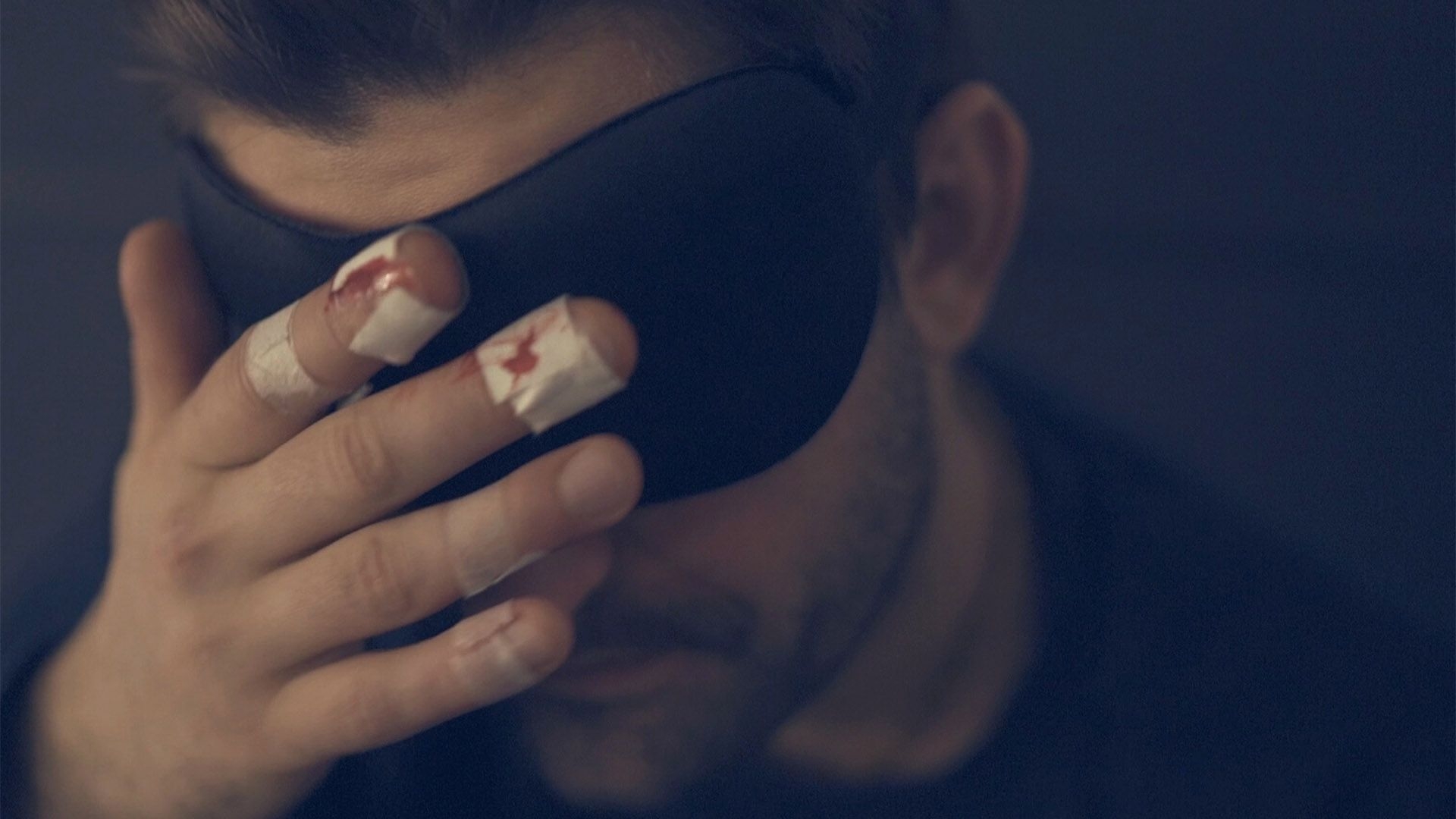 A 35-year old war-veteran’s devotion to the goalball team he is coaching for the Paralympic Games is challenged when he learns that his son starts losing sight.

Director's note:
The film is built around a visual metaphor – the story of blindsight transferred to the level of human relations. The visual style of the film is a search for blindsight phenomena in all of its possible manifestations: as intuition, as flashes and lights, as warmth and love in human relationships. We look at the world through the eyes of a boy who already knows that he is losing his sight and wants to remember things that are most valuable to him. And we look at the world through the eyes of a father who is afraid of blindness, so he ‘blinds’ himself even more. We meet people who have accepted their blindness and have been able to overcome it. And those who are still fiercely trying to fight it, knowing that they are not able to. In style and atmosphere, the film reminds of early works by Denis Villeneuve; in tone, it can be reminiscent of The Specials by Olivier Nakache and Éric Toledano; in details, mood, and artistic device we are inspired by Michelangelo Antonioni’s later films.

Production note:
We started development of this project in 2021. At that time, we perceived it as an extremely important film telling a story of war on Donbas through a psychological sports drama. The beginning of full-scale Russian aggression forced us to look at the situation in a new way.
Now this project is an opportunity for us to tell this story in an imaginary post-war Ukraine.
Also, this project is a challenge, because we want to shoot it on the territory of European countries with the involvement of international financing, co-producers, talents, studios and locations. The idea is also to involve Ukrainian crew and actors to the film as much as possible. Thus, we can support Ukrainian filmmakers and continue creating Ukrainian films, despite all obstacles.
Our idea is to find the first financing in Poland and go through development there. During this period – to adapt the script and research locations. Since the plot involves several matches with foreign teams, we can also consider filming in different countries. We are thinking about France, Estonia, Latvia and Lithuania. We are also considering these countries as partners for the post-production of the film.
Thus, the project can be implemented 90% abroad with support and financing available for Ukrainian filmmakers, while we plan to conduct only a part of exterior shooting in Ukraine when it is safe for the team.

Production company profile:
“2Brave Productions”, founded by Olha Beskhmelnytsina and Natalia Libet, connects the new wave of Ukrainian filmmakers to the global film industry by structuring international co-production with support of traditional and alternative financing. Founders of the company have achieved acclaim for their role in bringing new names to the audiences at home and abroad.
Their credits include "Stop-Zemlia" by Kateryna Gornostai (Youth Jury’s Crystal Bear at Berlinale Generation 14+ 2021), "Anna" by Dekel Berenson (Best Short Award at BIFA 2019) and co-produced "Parthenon" by Mantas Kvedaravicius (world premiere at the Critics’ Week at Venice IFF 2019).

Directors bio
Ruslan Batytskyi is an award-winning Ukrainian director, writer and cinematographer. He has received BA in Cinema and TV directing at the Kyiv National University of Theater, Cinema, and Television. His short films “Lethargy”, “Reed” and “Ukrainian Lessons” have been presented at international festivals and won numerous awards. In 2016-2018, in collaboration with American neurosurgeon Luke Tomycz, he created a short documentary series The Least Part of the Work”. Since 2013, he directed a documentary “A Rising Fury” (a.k.a. “Bullet Catcher”) supported by several prominent international foundations including Sundance FI, IDFA BerthaFund, Sorfund, Fritt Ord, Brit Doc and premiered at 2022 Tribeca IFF. Currently, Ruslan continues developing his feature narrative debut “Blindsight”.

Producers bio
Olga Beskhmelnytsina is a Ukrainian producer with more than 10 years of experience in film production. She is a co-founder of a women-led “2Brave Productions”.
Her credits include award-winning movies such as ""Stop-Zemlia"" by Kateryna Gornostai (Crystal Bear Generation 14+ at Berlinale 2021), ""Anna"" (2019) by Dekel Berenson (Best Short Award at BIFA 2019, BAFTA shortlisted), ""The Living Fire” (Hot Docs winner 2015), “Collapse. How the Ukrainians ruined the Empire of Evil” (2021 Documentary Series for Ukrainian National Channel).

As the full-scale war started in Ukraine, Olga put together a team of filmmakers to document the horrors of the war in the most dangerous places of the country.