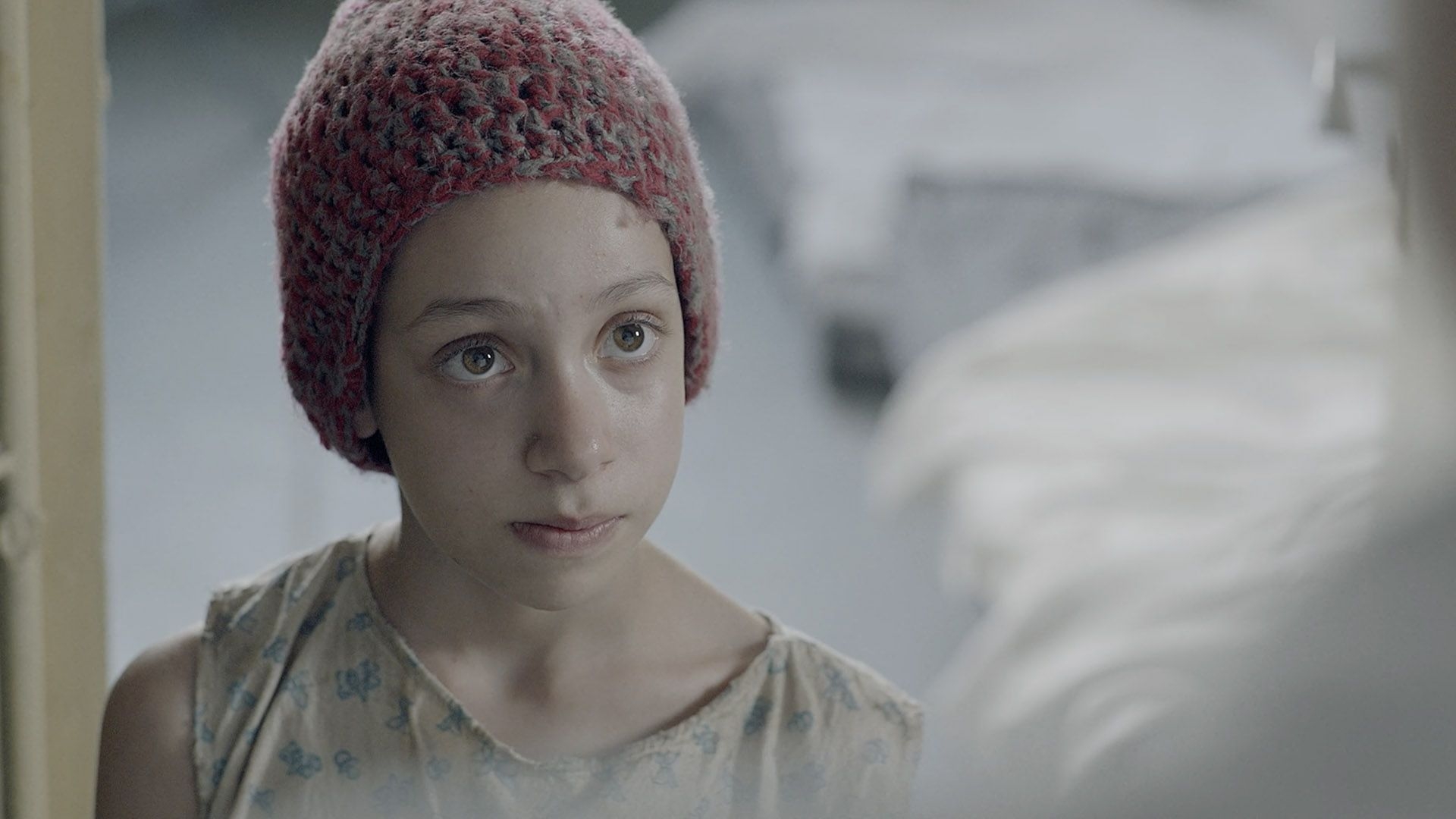 A Flower Is Not A Flower

After being abandoned by her aunt in an inhumane communist orphanage, Ana, an 11-year-old girl, must learn to survive in this new bitter reality of Romania’s late 80s. Ana’s sensibility helps her see the disturbing backdrop with a gentle, innocent twist, but at the same time, it leads her to seek shelter with the orphanage bully, Costea. Their naive romance is an emotional roller coaster inside a terrible institution.
When all hope is lost and unable to endure the system’s torture, Ana runs away with Costea. They end up living in the sewers, together with the self-proclaimed, “Van Damme”. For Ana, life underground is terrible, and things escalate when Van Damme attempts to sell her for money without any resistance from Costea.
Her only chance of liberty is to run away from the sewers to the seaside. With her trust crushed, she’s too afraid to accept help from a seemingly friendly family, and she ends up wandering alone on the beach.

Director's note:
After studying the brutal events in Romanian orphanages from the 80s, I've decided to build Ana's story based on the heartbreaking recollections and interviews of that time.
Without downplaying the tragic events from these institutions, the innocent perspective of the main character, Ana, adds a layer of humanity to the film. A young child sees the world from a different point of view, and even in the most gruesome moments, she identifies glimmers of hope. I intend to create a claustrophobic camera framing that is close to the main character describing her perception of the institution.
Ana is a girl who evolves and overcomes great obstacles, and in the end, she succeeds in being free from all the toxic people around her. It is a story about empowering oneself and never giving up the fight against appalling circumstances.

Production note:
The film deals seriously and delicately with a subject that was hard to grasp for many people in the 90s. It’s the first artistic project from Romania that approaches this issue.
The sensitive perspective of the main character, a young girl that tackles an impossible system, it’s an inspiring story told today to a troubled world threatened to lose its most valuable right: freedom.
The potential to cross borders of this project relies mostly on the director's ability to tell a story which will resonate with audiences across the globe. We are thinking of structuring a three-countries co-production. In Romania, after confirming production support from the Romanian Film Center, we hope to get presale deals with either HBO Europe or Netflix, considering the international dimension of the project.

Production company profile:
POINT FILM aims for discovering new directors and bringing a fresh, new vibe and vision on the Romanian producing scene. POINT FILM is led by director/producer Tudor Giurgiu, founder and president of the Transilvania IFF, owner of the Transilvania Film distribution company, the Romanian streaming platform TIFF UNLIMITED, and the well-established production company Libra Film (The History of Love by Radu Mihăileanu – FR, CA, RO; Menocchio by Alberto Fasulo – IT, RO; Cannibal by Manuel Cuenca - SP, RO) and producer Adriana Racasan, a film directing graduate, who has worked on more than 30 films as a production manager and executive producer since 2010. POINT FILM has also co-produced the second feature of the Slovak director Ivan Ostrochovsky "Servants" (Berlinale 2020 -Encounter).

Directors bio
Cristian Pascariu (b. 1987) is a film director and screenwriter, passionate about education, art therapy and the integration of visuals in theater performances.
He graduated from the Faculty of Theater and Film in Cluj-Napoca, Department of Cinematography, Photography and Media, in 2010. He has an MA from the Department of Art Therapy, within the National University of Theater and Cinematography “I.L. Caragiale” Bucharest.

His short films have circulated in over 70 international film festivals. Now, he is working with various production companies in Bucharest on animation, short and feature film projects, and is preparing his first feature film project, produced by Point Film.

Producers bio
Adriana Răcășan, 39, producer and shareholder of Point Film company, the Romanian co-producer for the successful title "Servants" (world premiere in the Encounters section, Berlinale 2020). She began her career in cinema 18 years ago as a Production Designer Assistant and than as 2nd AD and 1st AD for feature films such as Kino Caravan (Titus Muntean), Domestic (Adrian Sitaru), Of Snails and Men (Tudor Giurgiu), America, here we come (Razvan Savescu), Nelly’s Adventures (Dominik Wessely), Legacy (Dorian Boguta), The Windseeker (Mihai Sofronea), Morometii 2 (Stere Gulea). She was Francis Ford Coppola's personal assistant during his Romanian shoot of Youth Without Youth. Most recently she has produced several short films and was the executive producer of 3 features.