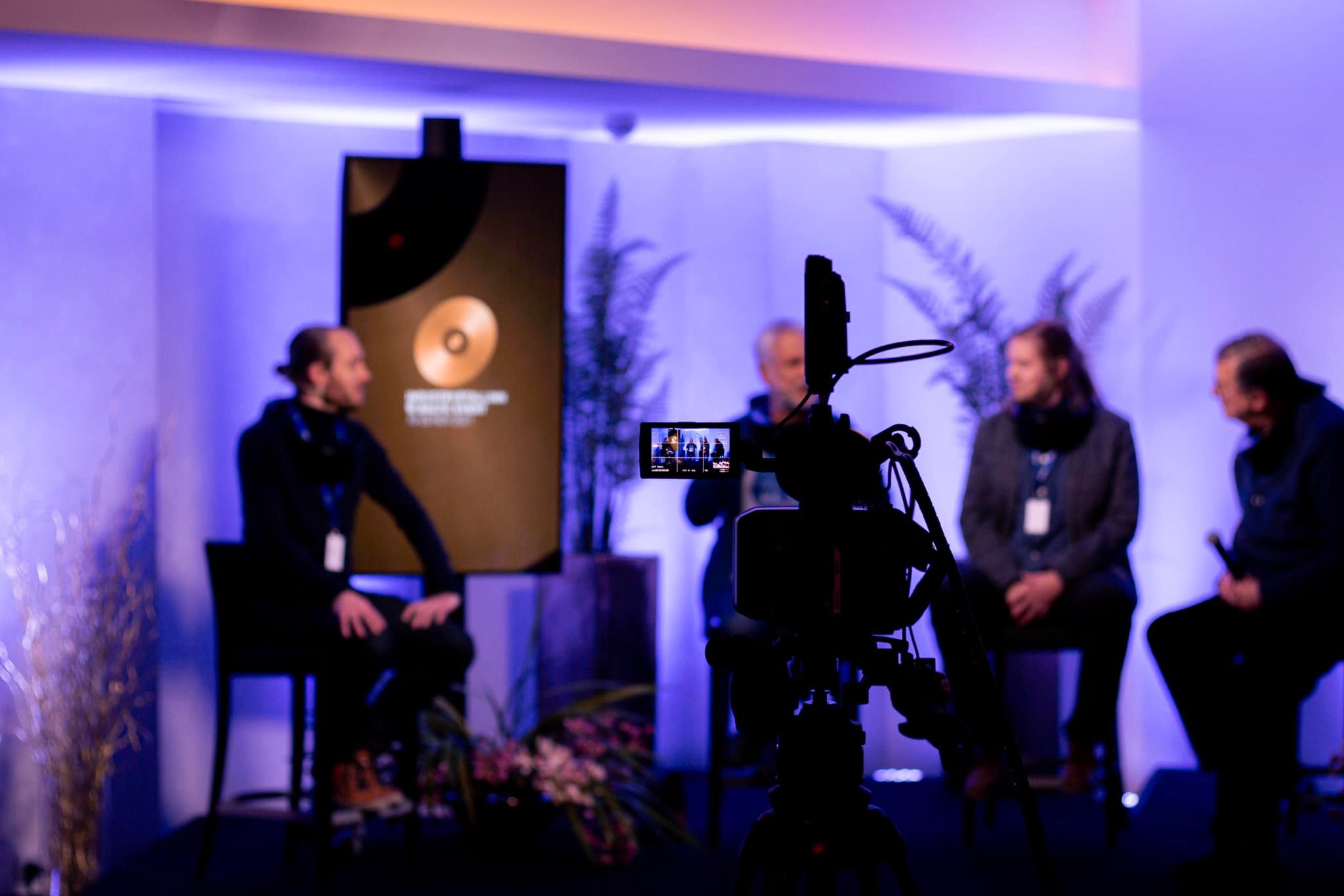 Insights and inspiration from leadership to VR and storytelling
News
Editor

On Tuesday, 23 November, Industry@Talinn & Baltic Event continues in full swing and the packed programme includes many insightful panels and talks one should not miss. Here are some suggestions of events to keep an eye on…

On its third day, Music Meets Film welcomes documentalist Andrey A Tarkovski, the son of Andrey Tarkovsky. At the online event (11:15) "Il Canto Nascosto" Musical forms as building blocks of a poetic image in Tarkovsky’s cinema he will analyse Andrey Tarkovsky’s masterpiece, “The mirror”, its visual structure in a close relationship between image sequences, the soundscape and the use of music in order to establish a link between musical composition and the creation of a cinematic image.

A new addition to Industry@Tallinn & Baltic Events, EmPOWR Sustainable Stories Lab invites Industry and film guests and also wider audiences to take part in EmPOWR Keynote: Ecocentric vs. Egocentric - time for a new narrative paradigm? by Michel Wolfstirn, sustainability consultant & entrepreneur - co-founder of BiomimicryNorway (at 12:30). Michel Wolfstirn has a bit of a 'dark past' working as a mechanical engineer in the oil industry until in 2015 he changed his career for good. The talk will be followed by a Q&A moderated by Helene Granqvist and Valeria Richter.

At 14:00 AVMSD - Sharing Experiences panel discussion will look at the significant opportunities offered by Article 13 of the revised Audiovisual Media Services Directive (AVMSD) to support local film industries through the use of levies and financial reinvestment obligations. The panelists include Edith Sepp, Laimonas Ubavičius, Siim Rohtla, Renaud Homez, Laurent Steiert, Inga Blese, Julie-Jeanne Regnault and Lasse Saarinen, will describe the options AVMSD provides, together with the potential benefits. Also, concrete examples will be given on how the other Member States have used these options to support their local industries. The panel will also explore what possibilities exist for the Baltic and Nordic regions.

During the global lockdowns, Virtual Reality has received much more attention and the technology has also made great leaps. However, VR creators still find themselves in an awkward position between films, games, art installations and other mediums. At Teleporting into Virtual Reality - the new challenges and opportunities for creators (16:00) Emmy and Venice award-winning VR creator Ricardo Laganaro (Brazil) along with Robin Stethem from the Museum of Other Realities, Eero Tiainen from Embrace and John Canning from Digital Domain will discuss our digital future and new opportunities for artists. The discussion is moderated by Rein Zobel.

In the afternoon Industry guests are welcome to the MEDIA lounge for a fireside chat with Patrick Fischer and Yohann Comte (16:00) that focuses on the current state of the film business from a sales and financing perspective. What has changed during and after the pandemic and how the business has evolved. Yohann and Patrick will discuss these new opportunities and pitfalls in this post-pandemic world. The event is not streamed.

After the long day full of panels and talks, guests are invited to the opening of “Voices of Violence” at Solaris Mall (18:30), a video exhibition telling the stories of women living in Denmark, Iceland, Belarus, Estonia, Latvia and Lithuania who have been exposed to sexual violence, sexism and gendered harassment. The exhibition will be opened by live readings by this year's Black Nights Stars and a discussion between Nordic and local artists, activists and other experts, working with this important topic.