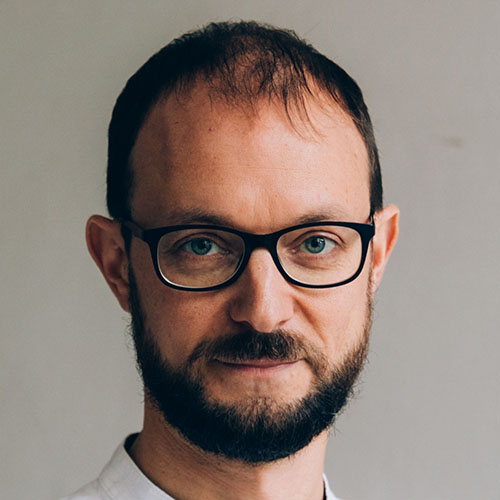 Michael Pärt (1977) is a Music Producer and Music Editor working on film scores since 2000. His most recent film projects were Margus Paju's ‘O2’ (2020), Justin Chadwick's ‘Tulip Fever’ (2017) and Tom Hooper's ‘The Danish Girl’ (2015). Additionally, he contributed to award-winning projects such as the ‘The Hobbit: An Unexpected Journey’, BAFTA-winning ‘LazyTown’ and the Grammy-nominated albums ‘Volta’ and ‘Vulnicura’ by Björk and ‘Neon Bible’ by Arcade Fire. His experience spans from music conception, spotting and production through to dubbing as well as soundtracks and temp scoring.
Away from production he co-founded the Arvo Pärt Centre in Laulasmaa, Estonia. He chairs the foundation which aim is to preserve and research the creative heritage of his father’s legacy. The new building of the Arvo Pärt Centre was completed in 2018 and is open to the public since then. It is home to a chamber concert hall, a library, an archive, classrooms and exhibition space.
Michael holds a master’s degree with distinction in “Composing for Film and TV” from Kingston University in London.
He is the curator for the Music Meets Film programme, a part of Industry@Tallinn & Baltic Event and PÖFF, since 2017.