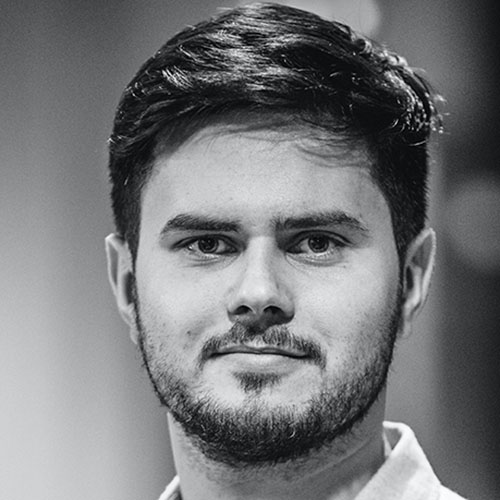 Kristofer Piir, born in 1991 in Tallinn, Estonia, is a producer, line producer/production manager and location manager/scout. In 2010 Kristofer started his studies at Baltic Film and Media School, graduating in 2014 with Bachelor's degree in Audiovisual Media. In 2012, Kristofer joined the production of "In the Crosswind" (dir. Martti Helde; prod. Allfilm) as a production assistant for production & location department. From there on he has been active in the industry producing shorts and music videos and being the production manager, location manager & scout for feature films and TV commercials in collaboration with different production companies, both local and foreign. Early 2019, Kristofer joined the staff of the Estonian production company Allfilm. Kristofer has also been part of the Tallinn Black Nights Film festival team as Guest Logistics Manager. He is a member the Location Manager's Guild International & Estonian Filmmaker's Union (board member 2016-2018).

Armed with only one word, Tenet, and fighting for the survival of the entire world, a Protagonist journeys through a twilight world of international espionage on a mission that will unfold in something beyond real time.

TRUTH AND JUSTICE is the story of an uncompromising man whose soul is corrupted by the relentless pursuit of his dream.

In the waterless world of the future, Noria, a courageous young Tea Master finds a secret source of water. In order to expose the secret, she must convince her cynical friend to believe that the world can be changed and to join her on a dangerous journey.