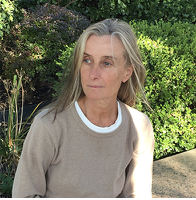 A film writer and curator, Giulia’s writings have appeared in publications such as “il manifesto”, La Stampa, Cahiers du Cinema and Film Comment. Her retrospectives have featured in The Metrograph, Film Forum, the Museum of Moving Image, the American Cinematheque and the Cinématheque Française. Of her books on American directors, the latest volume, 'Altman', was published in 2014. From 2003 to 2006 she was the co-director of the Torino Film Festival. She is the US Programmer and a Selection Committee Member of the Venice Film Festival. As of July 2019 she also holds the position of Founding Artistic Director of the Sag Harbor Cinema.