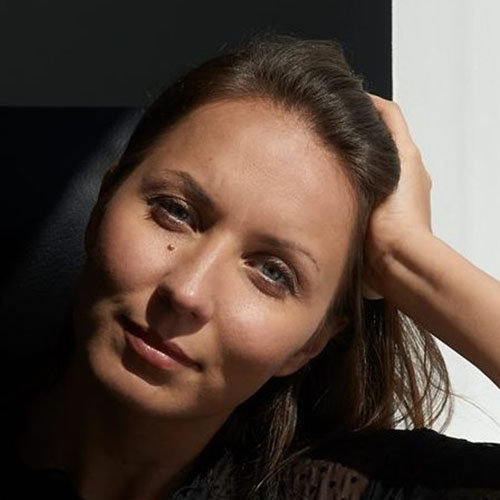 Elina Litvinova has a colourful past – her grandfather comes from the deep forests of Siberia, she was born in Latvia yet her heart belongs to Estonia where she’s been based since 2007.
During these years Elina Litvinova has completed Bachelor studies at the Baltic Film and Media School(2010), Simon Perry’s training on international co-productions in Cologne International Film School(2011) and obtained her masters degree at the National Film and Television School in the UK. She also belongs to Ex Oriente, Locarno Match Me! Networks and is a member of the European Film Academy.
In 2020 Elina was nominated as PRODUCER ON THE MOVE by European Film Promotion during Cannes IFF.
Elina's recent titles include Martti Helde's SCANDINAVIAN SILENCE (Karlovy Vary 2019, Europa Cinemas Label Award), Vladimir Loginov's documentary ANTHILL (Visions du Reel 2015, Taskovski Sales) and Taneli Mustonen’s BODOM (SWSX 2016, Film Constellation, co-producer).
She is currently working on Triin Ruumet’s DARK PARADISE and Vladimir Loginov’s second feature documentary HIPODROME (post-production). Elina’s passion lies in international co-productions and challenging storytelling forms.

Speaker, Producers on the Move

Psychological thriller follows the reunion of a newly released inmate with his sister. The sibilings set out on a journey together across a bleak winter Nordic landscape, struggling to communicate and re-connect by overcoming their dark secrets.

After her daddy’s death, Karmen commits an atrocious act against her half-brother and must now face the dark void of the universe, which can only be filled with love.

Located in the heart of Tallinn, the capital of Estonia, the Hippodrome used to be the centre of entertainment. This hypnotic black and white film is an ode to a disappearing era and a unique subculture in a place soon to be demolished to make way for yet another brand new office building complex in the city’s never-ending triumphal march of business-oriented real estate development.