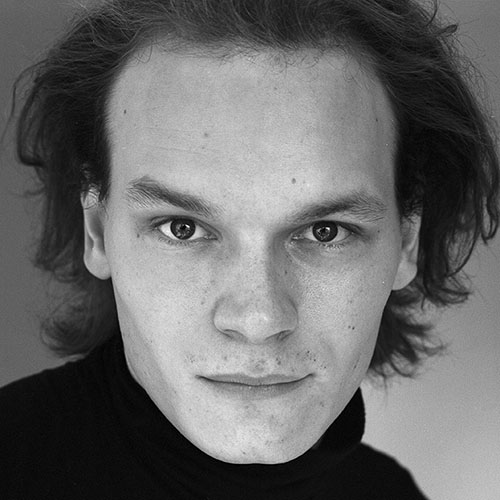 If someone were to be replaced in place of Werther, Antoni would be among the nominees.
His naive look at reality can attract the audience. He proved that as he played parts in Dywizjon 303 “Historia Prawdziwa” by Denis Delić, and “Legiony” by Dariusz Gajewski.
Raised at the farm ploughing the field, he has been developing his skills (including acting) for years while doing his best at every production he took part in. Speaking of which, Antoni fluently speaks English and French. His language skills had an overtone in productions such as BREAKING THE BAND season II: GUNS’N’ROSES by Zoran Trajkovic; 7 GODZIN W POCIĄGU by Miguel Velez.
One of his adventures inspired him to learn Russian, and he managed to train figure ice skating at age 23 (with a little help of ballet).
Worth mentioning is also his part in epic series “Korona Królów” where his creation of Skirgaila – Polish king’s brother met with the best reception. As important as attracting the audience, Antoni also did his best in preparation with history interview, medieval swordfight, and horse riding.
In his acting journey, he also met with Oscar-nominated direction Bartosz Konopka in Netflix Original series “The Woods”.