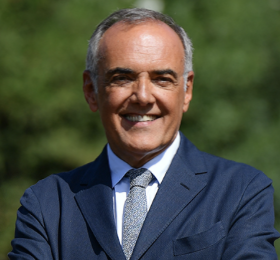 After graduating in Modern Literature with a thesis on Film History and Criticism from the University of Torino, Alberto Barbera began his collaboration with the A.I.A.C.E. (the Italian association of Friends of Art-House Films), of which he was president from 1977 to 1989. Since then he has held positions at La Gazzetta del Popolo, Torino Film Festival, RING! Festival of Film Criticism in Allessandria, and the Museo Nazionale del Cinema in Turin. Since 2012 he has served as Director of the Venice International Film Festival.