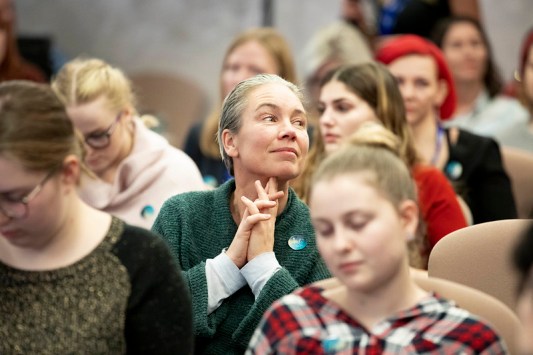 The key growing business platform in the region, Industry @ Tallinn & Baltic Event is a five-day summit and trade fair for audiovisual industry professionals held annually in November during the Black Nights Film Festival – one of the largest and the only FIAPF-certified competitive feature film festival in Northern Europe.

The mission of I@T&BE is to serve as a gateway for global audiovisual industries from and to the region as well as to establish ties and collaboration points with the ICT, gaming, mobile, technology and venture capital sectors. I@T&BE is focusing on connecting the Baltic and Scandinavian film, entertainment, tech & VC professionals with the US, Asia, Europe, Russia and the CIS countries. Constantly widening its global reach, always addressing the most acute issues and with over 800 guests attending (among them 550 accredited industry professionals), it has grown into one of the largest media industry events in the region. As a result, Tallinn has regularly partnered with the European Commission, which has entrusted it to organize the European Film Forum conference that will see another edition in 2019.

In the past years, I@T&BE has also evolved into a key meeting point for Asian and American industry, linking them with top regional players. Some of our key partners and attendees in the past include Sony Pictures Entertainment, Warner Bros Entertainment, Sky Group, European Commission, MTV Networks, Rovio, Slated, Showbox, the Japan Foundation, Unic, Electronic Merchants Association, Wired Consulting, NHK Enterprises, Ted, IGDA/Gamefounders, as well as variety of producers, sales agents, film festivals, funds and film commissions from all over the world.